Here's Where LightFair is Scheduled Through 2029 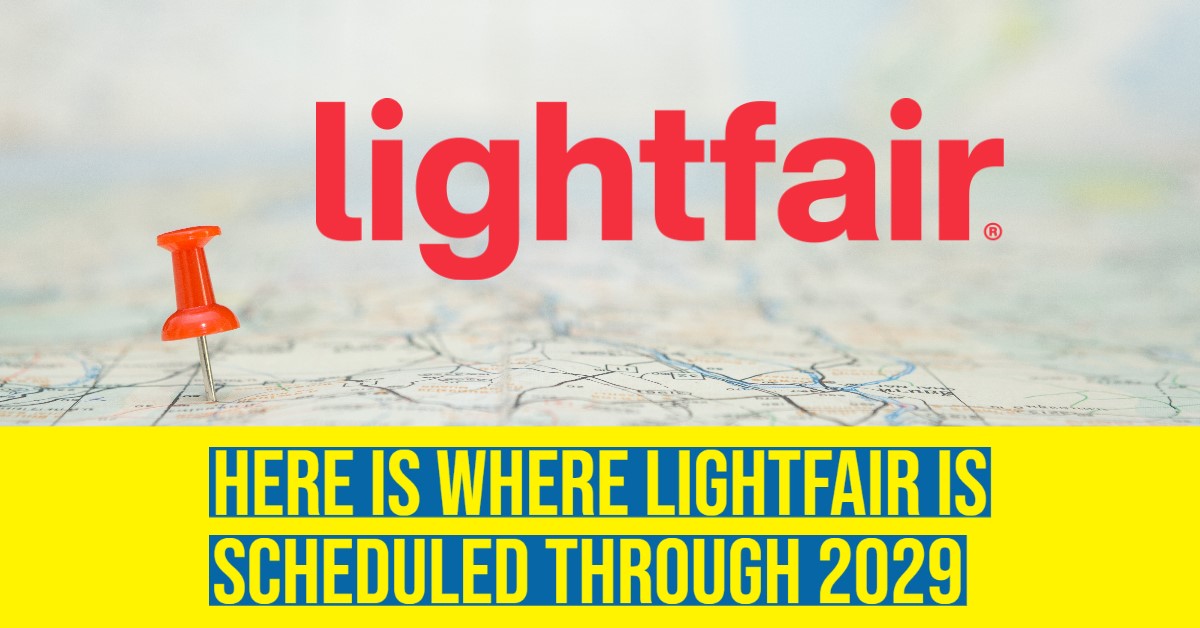 Event dates for 2023 and locations through 2029 have been announced

LightFair’s location is an important factor for both attendees and exhibitors. Over the years, the event has tried various strategies to serve the industry with a valuable trade show and conference experience in various locales. Once upon a time, LightFair rotated among three cities, New York, Chicago and San Francisco providing an East-Midwest-West vibe, before settling on a more straightforward East-West strategy.

In the 2010’s LightFair continued its East-West alternating cycle and was hosted by five different cities during the decade: New York and Philadelphia were the East locations while Las Vegas, San Diego and Chicago were the “West” locations. (Quotes added for the Chicago anomaly.)

LightFair’s approach for the foreseeable future will focus on just two cities – adding a predictability and rhythm to the schedule, while also timing things in a way that may help expose LightFair to more design professionals during each East Coast swing.

Before the pandemic began, the owners of LightFair struck a deal to host LightFair at the Javits Center in New York City in odd-numbered years, and at the Las Vegas Convention Center in even-numbered years. The agreements last through 2029.

Show organizers recently announced that Lightfair 2023 will be held May 21-25, 2023 at the Javits Center in New York. If the event follows the formula of past events, conferences will start on Sunday and Monday with the Trade Show and Exhibition occurring Tuesday through Thursday.

In 2019, LightFair announced that it would be co-locating with the International Contemporary Furniture Fair (ICFF) whose trade show would overlap with LightFair at the Javits Center. This creates an opportunity for commercial interior design professionals to attend both events in one location. The plans for this to happen in 2021 were derailed by the pandemic, but plans remain for the two Javits events to overlap in 2023, 2025, 2027 and 2029.