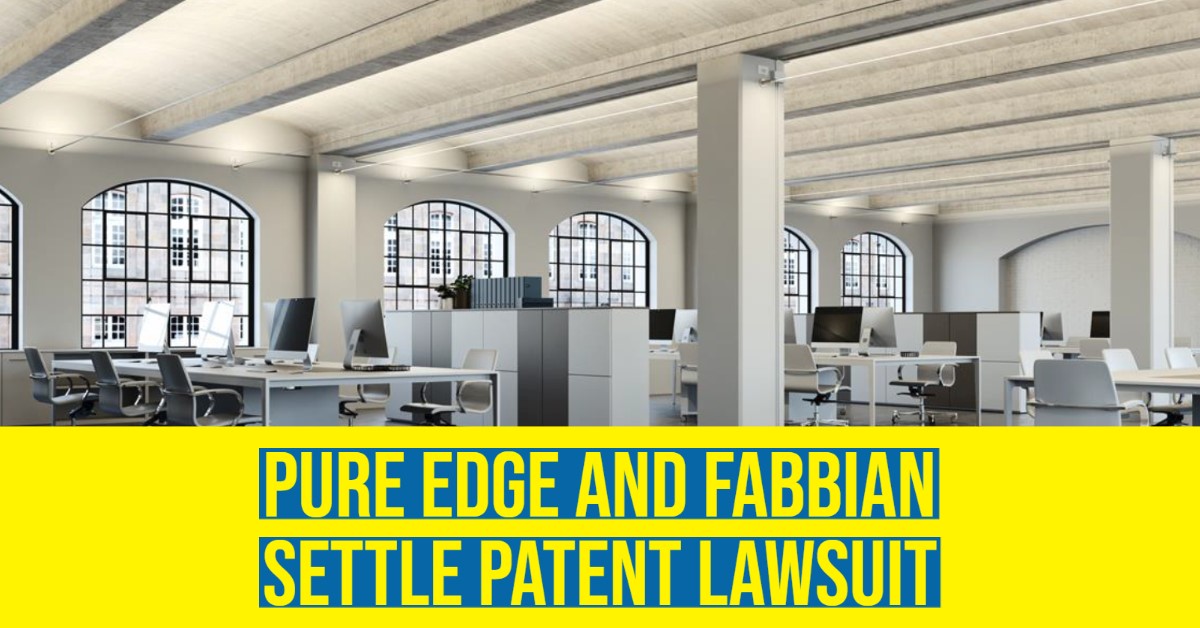 Fabbian is permanently prohibited from selling its Metro F49 in the U.S.

In August 2021, PureEdge Lighting, the maker of minimalist architectural LED lighting fixtures, filed a lawsuit against Italian luminaire maker, Fabbian, alleging patent infringement of a fixture suspension system. The two parties have recently brought the 11-month legal dispute to an end by arriving at a settlement agreement that restricts Fabbian’s ability to market and sell the Metro F49 system going forward. Court documents indicate that a monetary settlement amount has been paid to Pure Edge, too.

PureEdge Lighting accused Fabbian’s Metro F49 system of breaching its patent entitled "Tension Mounted Lighting System" that lays claim to clamp arm(s) that are secured to a base by a ball and socket connection. In 2015, the patent was assigned to Derek Porter Studio in Kansas City who subsequently assigned it to PureEdge Lighting, who utilizes the patent in its popular Lazer Line product family.

Fabbian has a U.S. office and showroom in Midtown Manhattan, but attorneys for PureEdge Lighting sought to serve the complaint and summons to the defendant in Italy. After translating the legal complaint into Italian, it took nearly four months for PureEdge Lighting attorneys to successfully overcome some unforeseen international obstacles and successfully serve the lawsuit upon Fabbian’s legal agent of record in Italy.

Most of the details of the confidential settlement agreement were filed under seal and not disclosed, but the public case filings reveal the following:

Gregory Kay, Owner and CEO of PureEdge Lighting, stated, “We are pleased with this ruling that continues to protect our engineering, creativity, and hard work. We are happy to know that our industry – and the judicial system – recognizes our efforts to innovate original products and bring them to designers all over the world.”