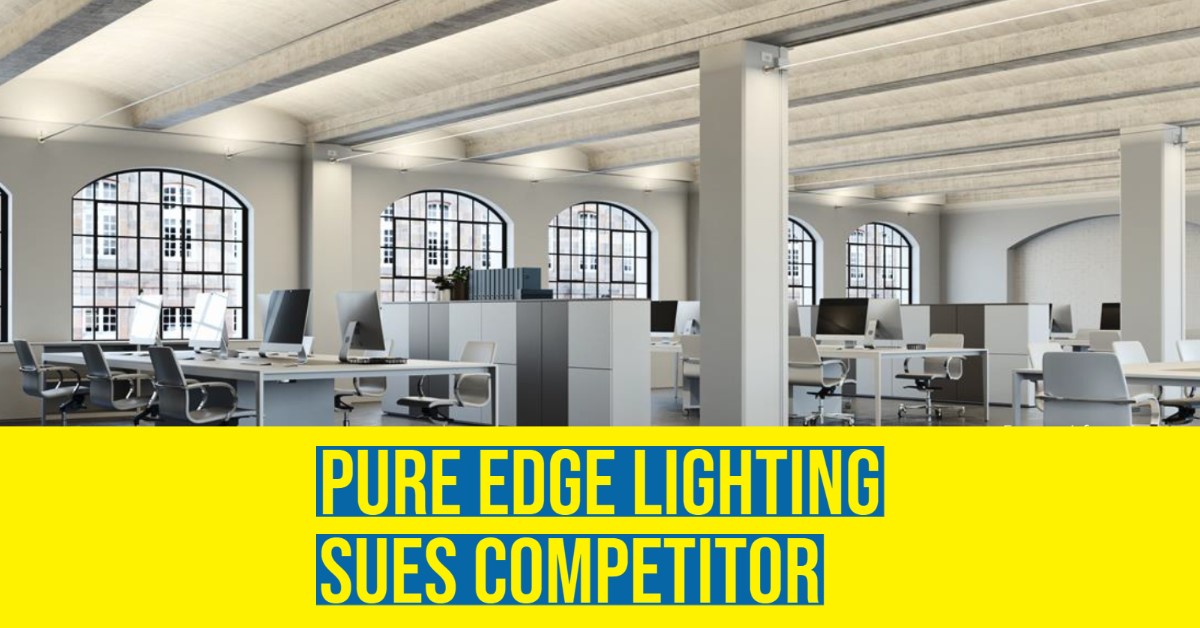 Fabbian is hit with lawsuit that alleges patent infringement of a fixture suspension system.

Pure Edge Lighting, the maker of minimalist architectural LED lighting fixtures has filed a lawsuit against Fabbian alleging patent infringement of a fixture suspension system. Fabbian, based in Italy, was founded in 1961 and specializes in modern lighting fixtures. Fabbian has a U.S. office and showroom in Midtown Manhattan.

The patent is entitled "Tension Mounted Lighting System" and lays claim to clamp arm(s) that are secured to a base by a ball and socket connection.

Pure Edge Lighting explains that all rights of the patent have been assigned to them.

The lawsuit was filed on August 4, 2021 in United States District Court for the Northern District of Illinois.  A spokesperson for Fabbian declined comment on the matter.