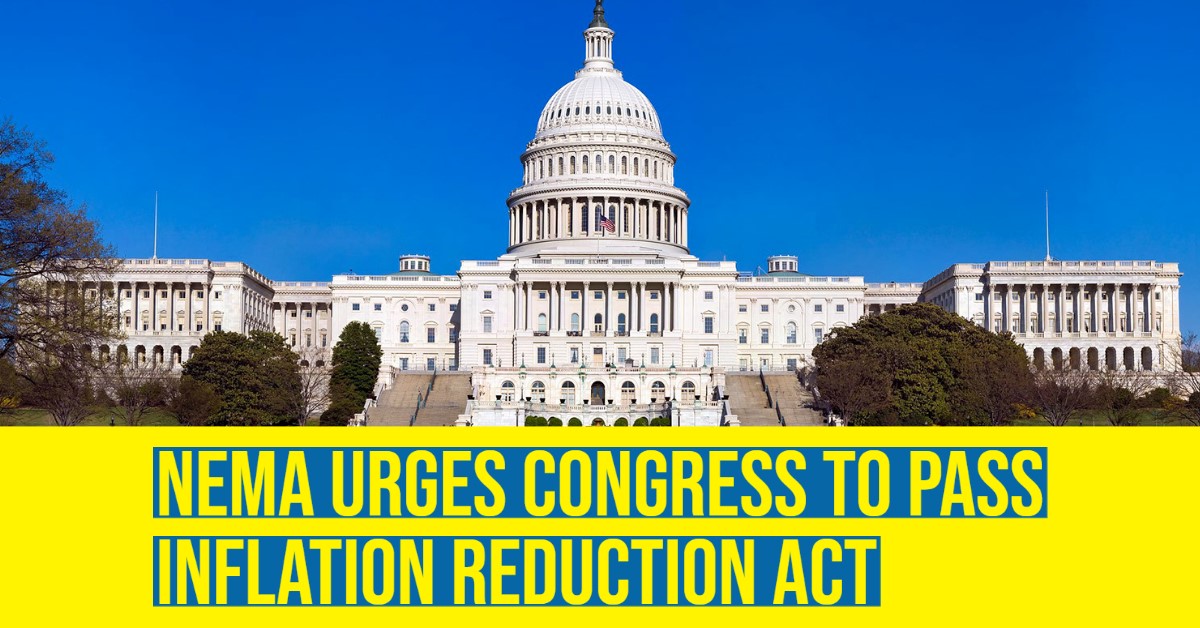 Bill includes a slate of climate and clean energy investments

Today the National Electrical Manufacturers Association (NEMA) issued a letter to Democratic leaders in the Senate and House thanking them for their efforts on the Inflation Reduction Act of 2022 and called on them to immediately pass this important bill to advance America’s leadership in the energy transition, foster domestic manufacturing, and provide much-needed certainty for the domestic clean energy industry.

NEMA believes that this legislation is a crucial step towards reaching U.S. climate and electrification goals. The bill includes a groundbreaking slate of climate and clean energy investments including tax credits for domestic renewables manufacturing, support for electric vehicles and incentives to help utilities and consumers transition to cleaner energy.

“We call on Congress to work quickly to pass this legislation into law. Our members are poised to invest billions in domestic manufacturing capabilities to facilitate the energy transition, and this legislation will make those investments a lasting reality,” said Debra Philips, NEMA President and CEO. “Making the necessary investments to expand domestic clean energy manufacturing and achieving greenhouse gas emissions reduction goals requires certainty and the ability for companies to plan for the long-term.”

The U.S. electroindustry positively impacts the lives of Americans every day while leading a domestic manufacturing renaissance for a more sustainable and electrified future. NEMA companies play a key role in transportation systems, building systems, lighting, utilities, and medical-imaging technologies and will serve a critical role in the clean energy transition.

“This legislation can be a catalyst for U.S. climate efforts—bringing together the right package of incentives to support more jobs, a stronger energy system and a cleaner planet. We urge Speaker Pelosi and Majority Leader Schumer to make passing this legislation their highest priority,” Philips said.