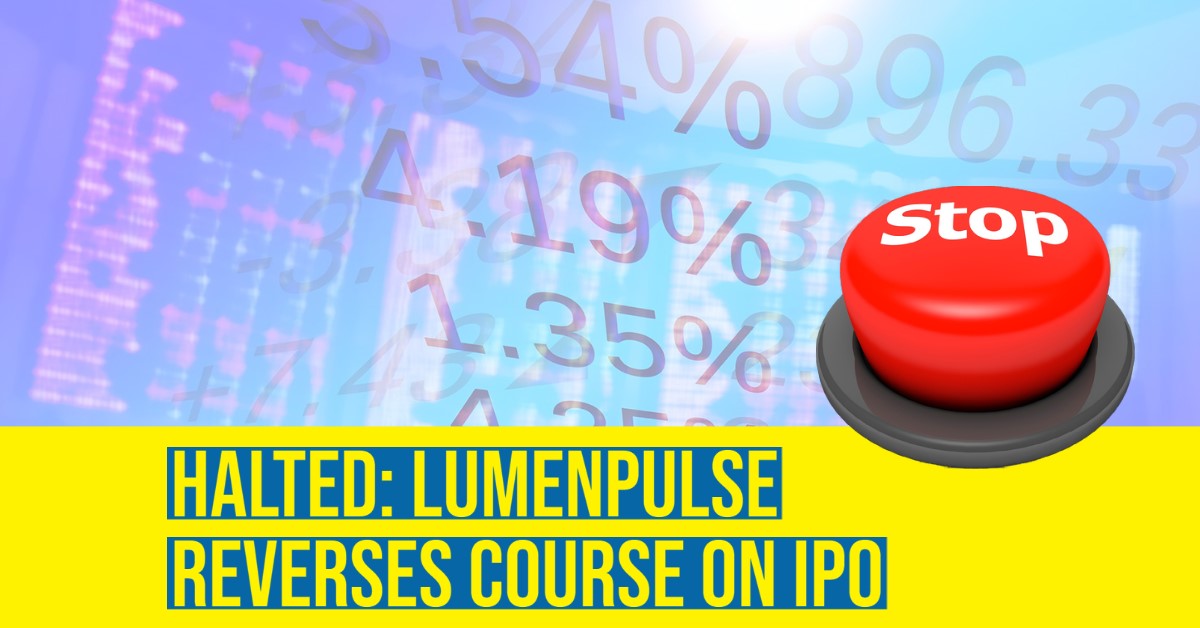 Twelve days after issuing an IPO announcement, LMPG Inc. – the parent company to Lumenpulse, Fluxwerx and Sternberg Lighting – has halted its plans to go public on the Toronto Stock Exchange.

On May 31, LMPG Inc. submitted filings for an Initial Public Offering of shares to be traded on the Toronto Stock Exchange.  The IPO was expected to be priced this week and was expected to close next week.

Today, the company has announced its plans to halt the IPO citing "non-optimal current market conditions."  The company also stated that the $300M CAD of gross proceeds were going to be used to accelerate its "acquisition strategy which was designed to seize growth opportunities in its sector..."

LMPG stated that it will "revisit its IPO strategy when market conditions will be less volatile."

Below is the press release from LMPG Inc.

The IPO was launched in the context of accelerating the company’s acquisition strategy which was designed to seize growth opportunities in its sector post the COVID-19 pandemic.

With this pause in its IPO, the company will focus on the ongoing execution of its strategic plan and build on its organic growth in its current markets.

“LMPG has enjoyed tremendous success in delivering on operational excellence despite a challenging 2020.  We are well positioned to seize on the secular industry tailwinds that will continue to drive growth in our business. Our ongoing investments in new products and technologies are key to capturing growing opportunities in smart cities, buildings and infrastructure projects.”

The company will revisit its IPO strategy when market conditions will be less volatile.