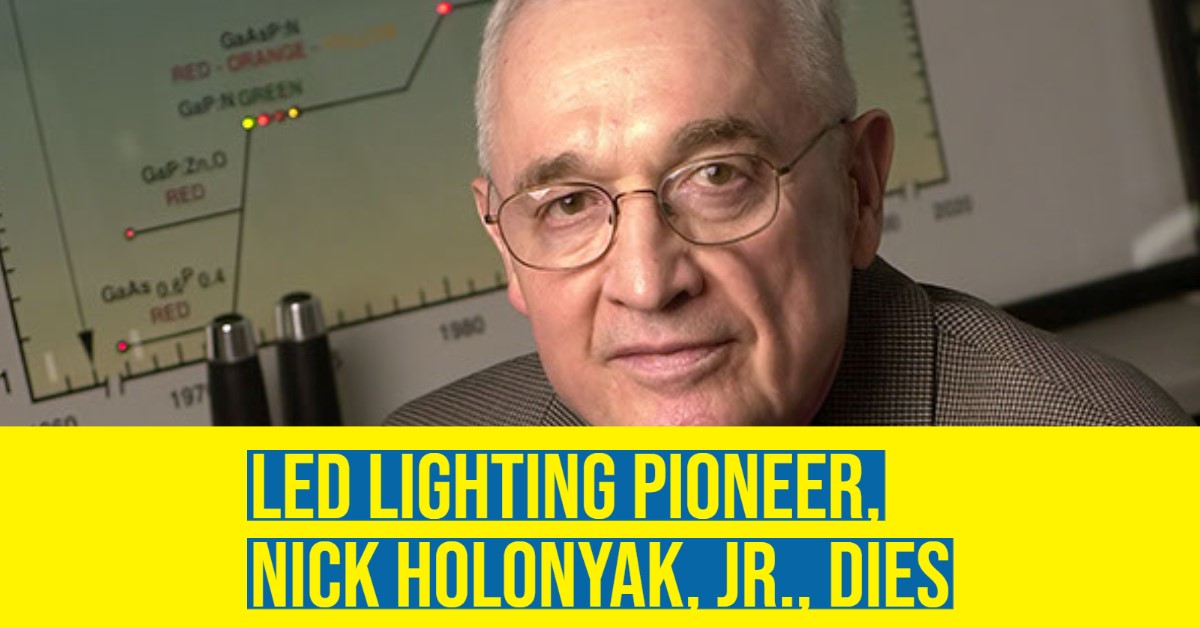 Scientist is credited for producing the first visible-light-emitting diode.

Nick Holonyak Jr., a renowned innovator of LED illumination, has died. Holonyak is credited with the development of the first practical visible-spectrum LED, now commonly used worldwide in light bulbs, device displays and lasers. Holonyak worked for Bell Labs, the U.S. Army Signal Corps and General Electric before joining the University of Illinois faculty in 1963.

While working at General Electric, on Oct. 9, 1962, Holonyak demonstrated the first visible-light-emitting diode. While infrared LEDs previously had been made of the material gallium arsenide, Holonyak created crystals of gallium arsenide phosphide to make an LED that would emit a visible red light.

In 2021, Holonyak was one of five scientists awarded with The Queen Elizabeth Prize for Engineering for the creation and development of LED lighting, which forms the basis of all solid state lighting technology.

Read more at the University of Illinois News Bureau