Industry Confidence: A Slowing Economy with Pockets of Growth 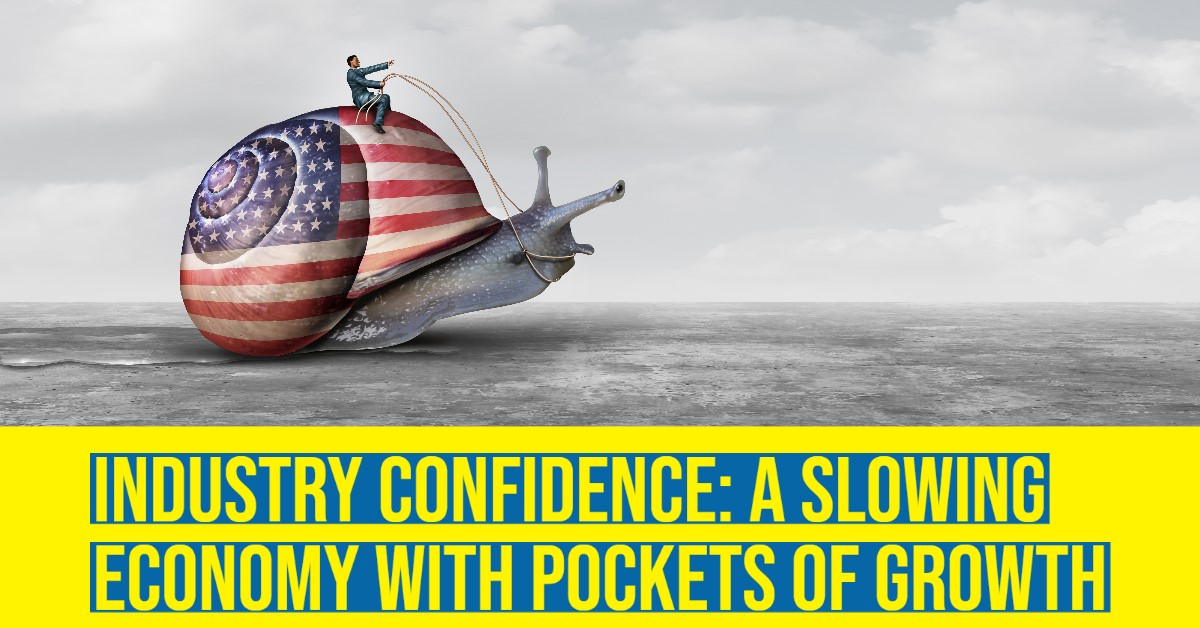 Most expect future conditions to be unchanged or worse

This most recent ECBI shows how makers of electrical equipment view current and future market conditions.  Below are the details: 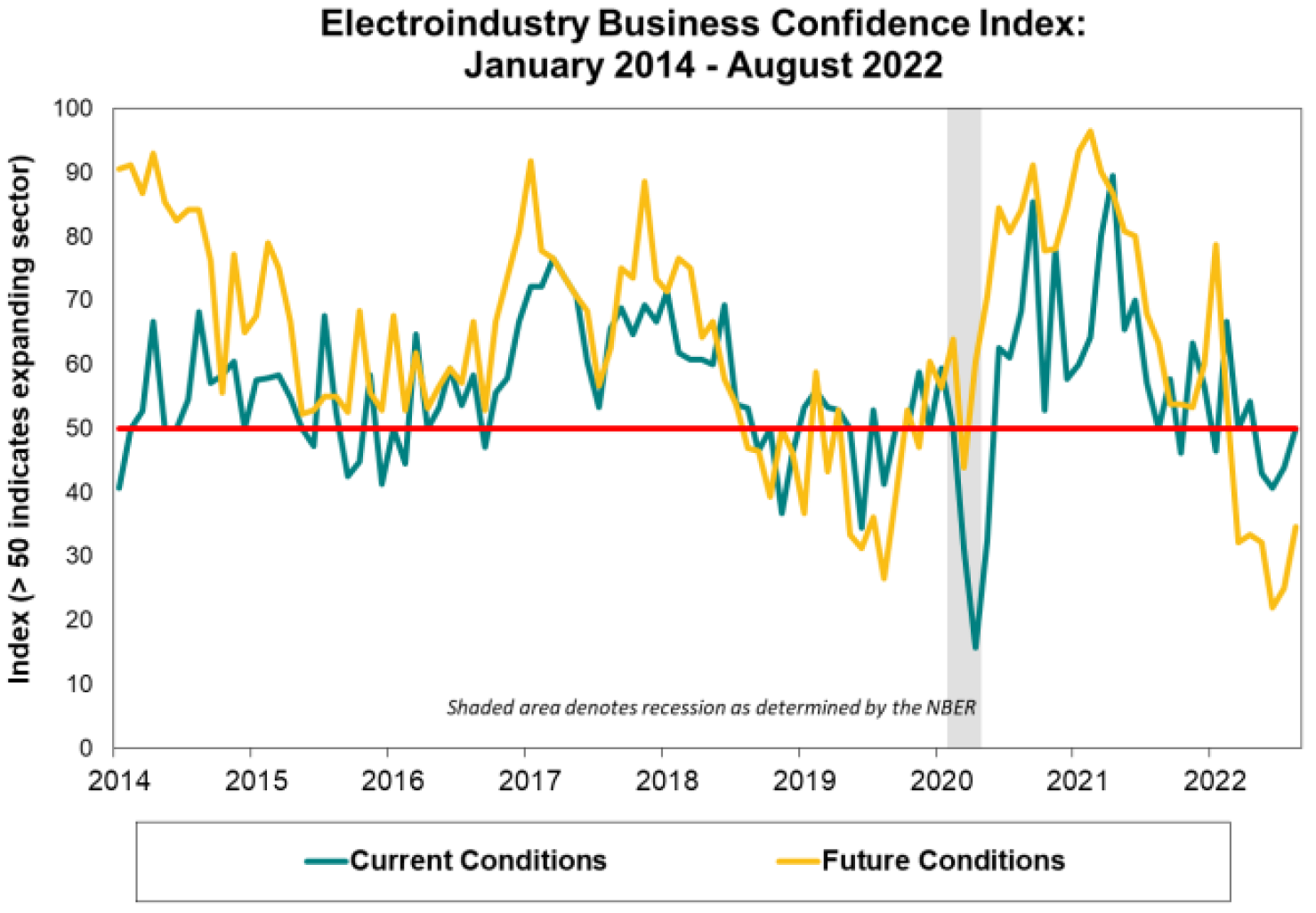 Following three months of downbeat readings on business conditions facing the electroindustry, as measured by the current conditions component of the EBCI, sentiment reached 50 points, signaling unchanged conditions from the previous month. The more than six-point gain from July’s 43.8 was led by an uptick in the share of respondents that reported “better” conditions in August. However, the largest proportion of panel members continued to note “unchanged” conditions. Comments indicated that some respondents have seen pockets of growth in an otherwise slowing economy. In a striking change from comments submitted over the past 15 months, the only mention of supply problems in August’s current conditions commentary pointed to “minimal improvement in supply chain issues.”

The reported magnitude of change in current electroindustry business conditions improved in August, as the median edged up to 0.0 from -0.5, while the mean value moved from -0.5 to -0.2. Panelists are asked to report the magnitude of change on a scale ranging from –5 (deteriorated significantly) through 0 (unchanged) to +5 (improved significantly).

Despite gaining nearly 10 points to a reading of 34.6 in August, the future conditions component remained well underwater for the sixth consecutive month. Although the greatest percentage of respondents indicated they anticipated “worse” conditions six months ahead, that sentiment no longer constituted a majority, as in increase in the number of “unchanged” responses displaced some of the prior month’s negative expectations. Comments were mixed on the likelihood of continued momentum, but expectations for supply chain and labor market improvement, coupled with still-significant orders backlogs, supported the bump up in the forward-looking metric.