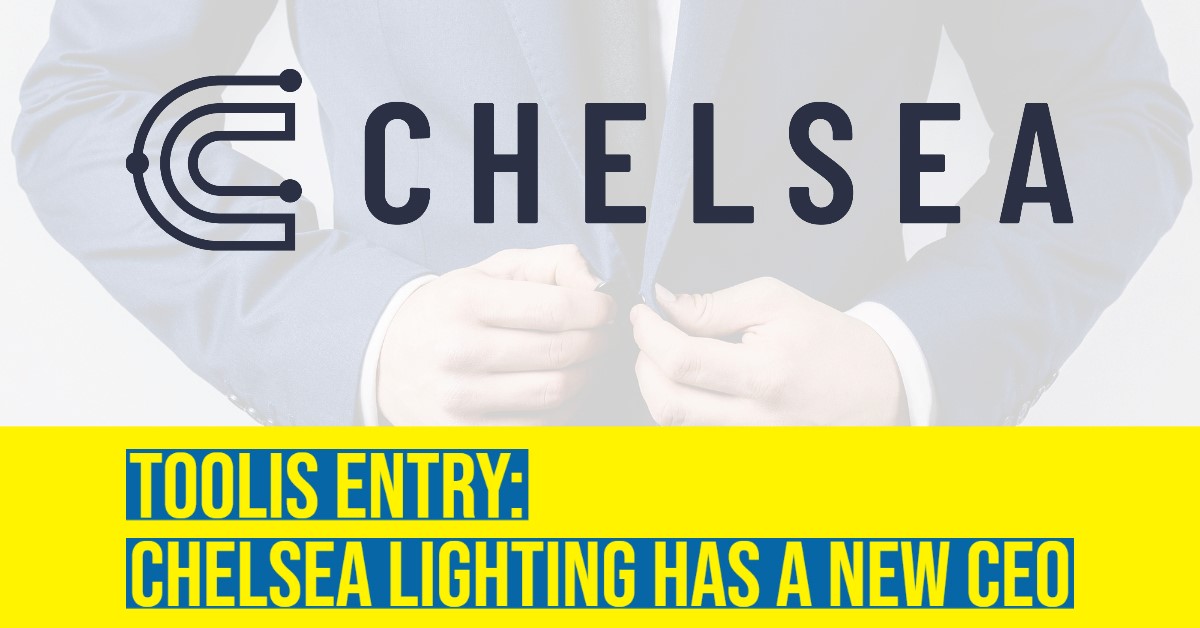 Kinzie’s announcement indicates that Toolis currently serves as an Operating Partner at Kinzie and is described as “an architect and entrepreneur who led the growth of VOA Associates, an international architecture and design practice headquartered in Chicago.”

According to his LinkedIn profile, Toolis’ first degree was a Bachelor of Science in Architectural Studies from University of Illinois in 1974. Toolis is based in Chicago, and there’s no indication if he will be relocating to be close to Chelsea Lighting’s Midtown Manhattan location or its new office in Fort Lauderdale, Florida.

Below is the announcement from Kinzie Capital Partners:

CHICAGO -- Kinzie Capital Partners (“Kinzie”) announces its portfolio company, Chelsea Lighting (“Chelsea”), a leading lighting and lighting controls distributor, has named Michael Toolis as Chief Executive Officer. Toolis, who currently serves as an Operating Partner at Kinzie and maintains his seat on the Chelsea Board, steps into his new role effective immediately.

“I am honored to serve as CEO of Chelsea as it advances its growth and expansion plans,” said Michael Toolis. “As a Chelsea Board Member and Kinzie Operating Partner, I have had the pleasure of working with this team and look forward to providing the leadership and support needed to further scale and enhance Chelsea’s footprint in the years to come.”

Toolis, an architect and entrepreneur who led the growth of VOA Associates, an international architecture and design practice headquartered in Chicago, brings decades of expertise to his new position. He presently serves on the Board of Navy Pier and its Strategic Planning Committee and the Board of Advisors to the Graaskamp School of Real Estate at the University of Wisconsin. He is a member of Young Presidents’ Organization (YPO) and YPO Gold.

“Kinzie is excited to welcome Mike as Chelsea’s new CEO,” added Suzanne Yoon, Founder & Managing Partner, Kinzie Capital Partners. “Mike’s leadership and business acumen will be an asset to the Chelsea team as they expand their exceptional service offerings into new markets.”

This year, Chelsea grew nationally with a new office in south Florida, further establishing its reputation as an industry leader in lighting and lighting controls solutions.

Toolis received his undergraduate and graduate education at the University of Illinois in Champaign-Urbana, where he earned a B.S. in Architecture, a Master of Architecture and an M.B.A. He continues to be involved in the university’s architecture program as an advisor.