NEW YORK – The New York City Section of the Illuminating Engineering Society (IESNYC) hosted the 54th Lumen Awards celebration last night at Pier 60 in Chelsea Piers on the west side of Manhattan.

For the first time since 2019, lighting professionals from near-and-far gathered for in-person festivities that honored the New York Metro Area’s most remarkable lighting design achievements over the last year. Many NYC IES members invested their time and talent to bring an evening of celebration, camaraderie and light to the approximately 875 lighting people who were in attendance – a number that was intentionally kept lower than past years’ 900-1000 attendee tally.

The other Awards of Excellence went to Cline Bettridge Bernstein Lighting Design for the Stony Brook Medicine MART Building and Children's Hospital Tower and Renfro Design Group for the Allison and Roberto Mignone Halls of Gems and Minerals at the American Museum of Natural History. 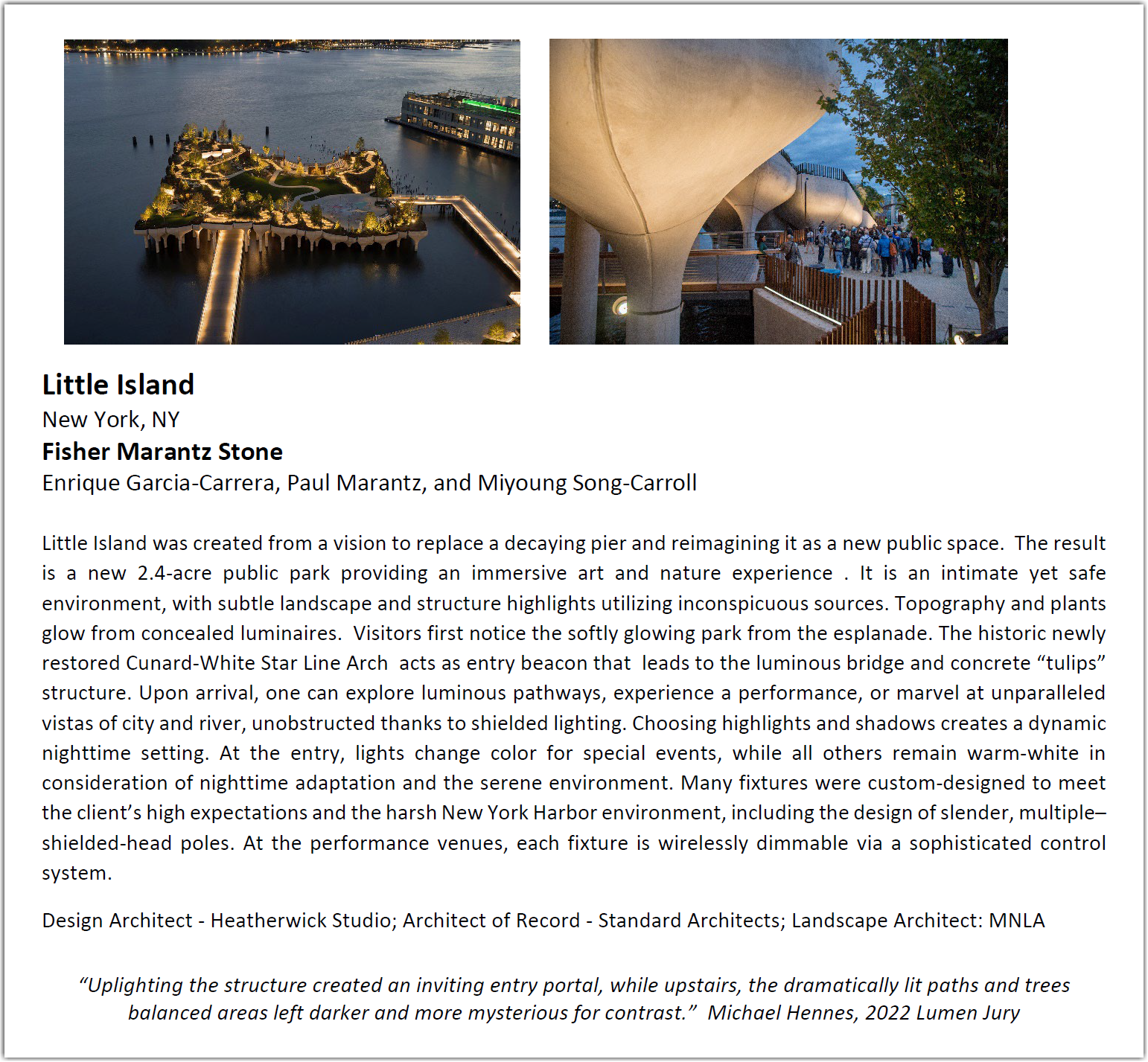 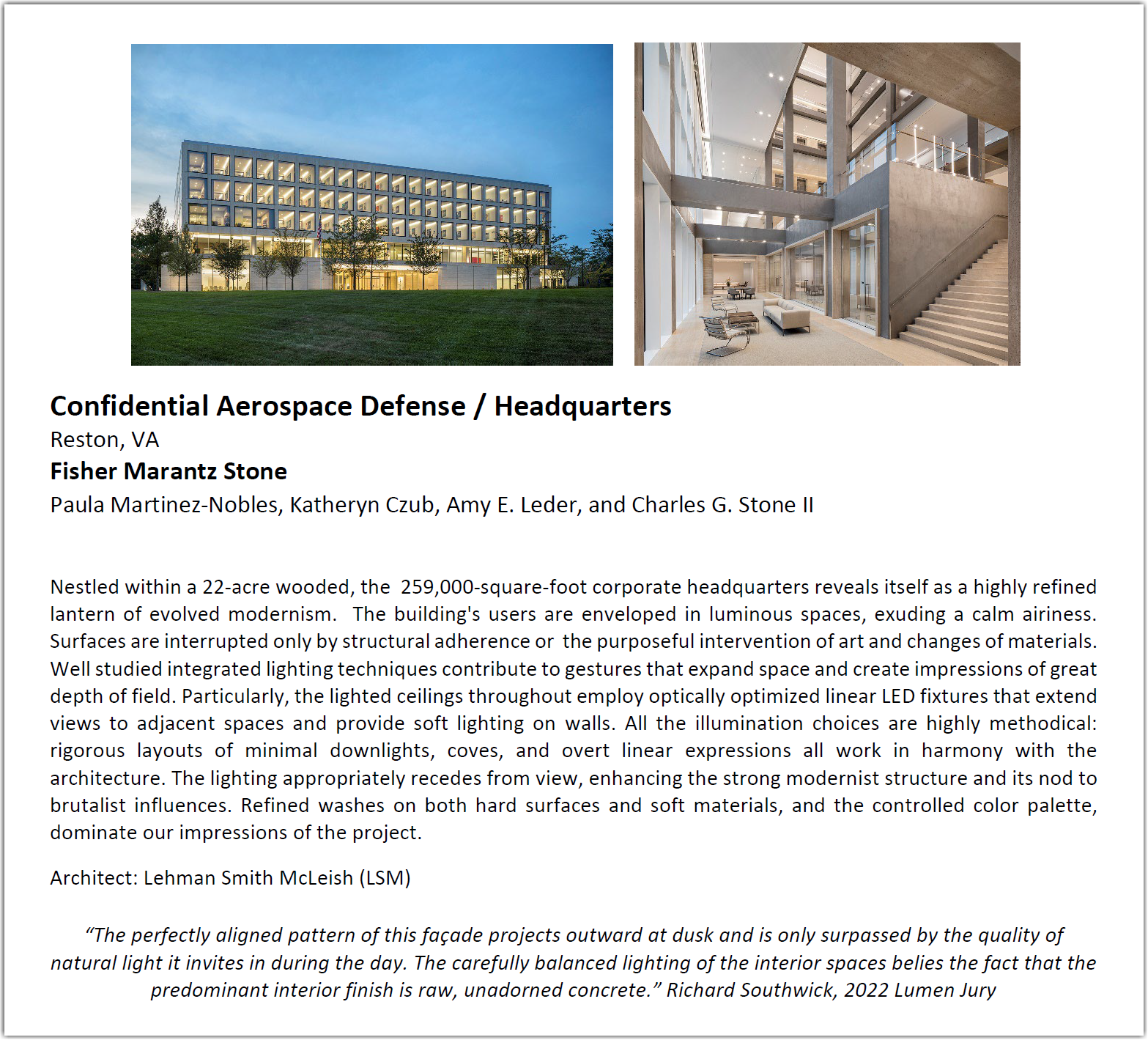 Below is the announcement from the IESNYC that highlights more event details and all of the award winners:

A signature program of the IESNYC, the Lumen Awards and Gala, showcase and celebrate excellence in lighting design. The Gala, billed as the “lighting event of the year,” was on hiatus for the past two years due to COVID. The recipients of 2020 and 2021 Lumen Awards and their winning projects, previously announced online, were also acknowledged, and feted at this year’s Gala.

“We carry the difficulties of the past two years in our hearts, but we raised our glasses high, along with over 800 Gala attendees, and savored being together, once again,” says Lumen Committee Co-Chairs Clara Powell (Cooledge Lighting) and Adrienne Shulman (ERCO Lighting). “We can’t wait to enjoy the magnificent work that has been created by our New York City lighting community and encourage others to do so too.”

Buro Happold for the Denver Art Museum; and TM Light won for the Bike Barn at The Thedan School.

“Our 54th Lumen Gala celebrates the award-winning disruptors, influencers, and thought leaders in the art and science of lighting,” says IESNYC President Megan Carroll (Illuminations). “We’re so happy to be here together as one community to celebrate!”