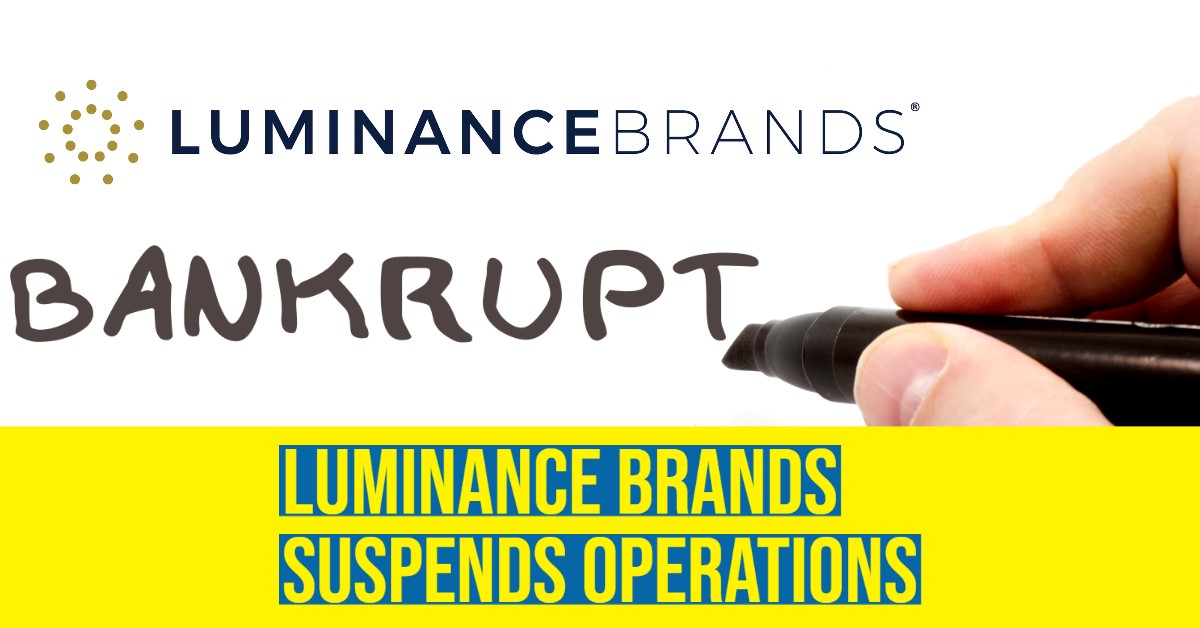 Luminance Brands has filed for Chapter 11 bankruptcy protection in United States Bankruptcy Court for the Northern District of Ohio.

David Glickman of Resilience Capital Partners advised us that the firm is unable to share more details outside of what is already filed in the bankruptcy documents.

A recently furloughed Luminance Brands employee informed us that all 200+ Luminance Brands employees, including warehouse people, were reportedly notified on Friday that they were placed on furlough, meaning they are still employees, but no longer working or being paid. The company is reportedly not fulfilling already-entered orders at this time and is no longer accepting new orders.

The company goes to market in the US and Canada through multiple channels including C&I lighting agents. One Eastern U.S. agent informed us that they are owed over $20,000 in past due commissions. This particular agent has been owed past due commissions by other lighting makers who also have also recently shut down.

The recently-furloughed employee who requested anonymity explained that the suspension of operations is due to a “breakdown between the private equity firm that owns Luminance Brands and PNC Bank.” Apparently, Resilience Capital Partners’ plan to keep Luminance Brands funded through some financial vehicles never came to fruition. Multiple PNC Bank locations are cited as creditors that are owed money. Over $6 million is owed to the company’s Top 20 creditors – most of whom are companies located in China and Taiwan.

According to the recently-furloughed employee, employees are not certain if most recent paychecks or unused vacation days will ever be paid. The furloughed employee explained that many lighting agents have been owed past due commissions since January and they are not likely going to recoup their earned commissions.