Industry Confidence Has Become "Rather Wobbly" 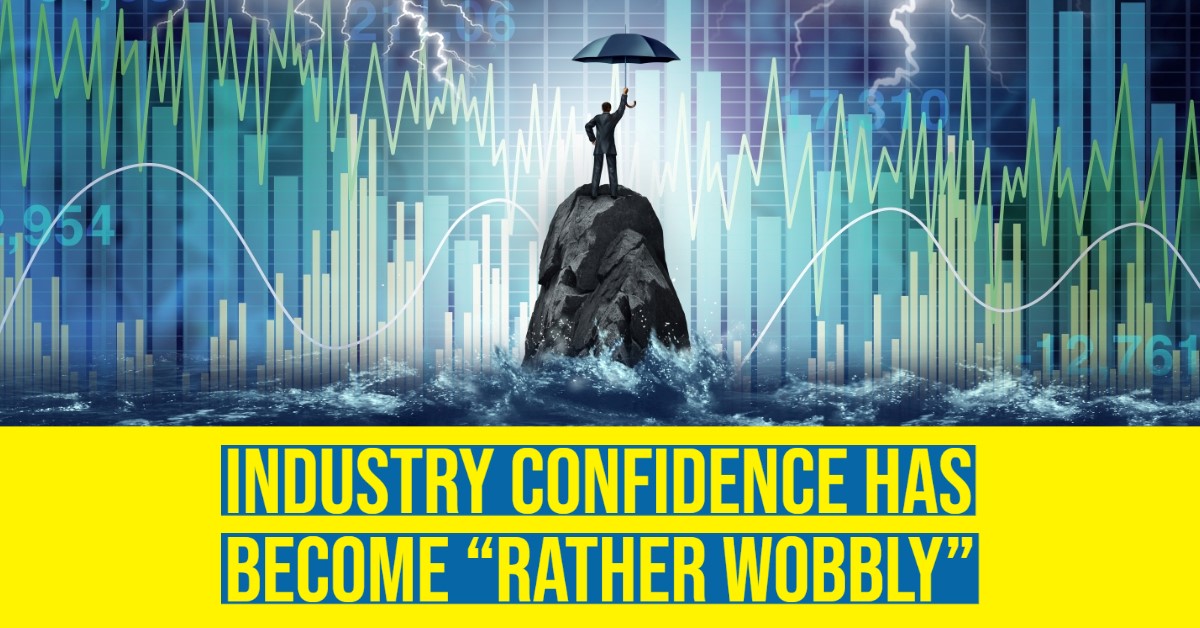 This most recent ECBI shows the number of negative sentiments recording the highest reading in many months.  Below are the details: 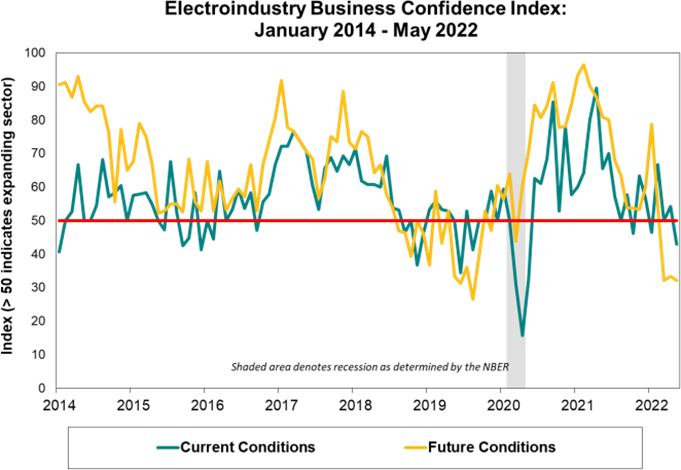 Confidence has become rather wobbly of late as the current conditions component fell below 50 for the second time this year and hit its lowest level since right after the end of the recession. An 11-point shift from last month left May’s current conditions reading at 42.9 as now more than one-third of respondents reported “worse” conditions during this survey period. Lockdowns in China and other ongoing supply chain problems have bedeviled electrical manufacturers.

Now added to that mix, one commenter noted the deleterious effects soaring energy costs and U.S. tariffs are having on business conditions. Not all was negative, however, as some panel members noted their companies experienced better than expected orders activity.

The median and mean reported magnitude of change in current electroindustry business conditions both dropped below zero this month. The median score lost half a point from last month, sliding from 0 to -0.5. Coming from a higher starting point, the mean value also declined 0.5 scale points as it fell from +0.4 in April to -0.1 this month.

The future conditions component has remained range-bound in the lower thirties for the last three months now as the May reading came in at 32.1. The list of potential pitfalls expected to affect the electroindustry and shared by commenters is long. Most of the challenges noted are ongoing, including rising inflation and interest rates, Covid-19, labor and materials shortages, supply chain snags, and geopolitical concerns. Looming disruptions include turmoil surrounding mid-term elections and the potential for work stoppages surrounding the ILWA-PMA contract negotiations.