The Joys and Risks of Landing Big Lighting Accounts 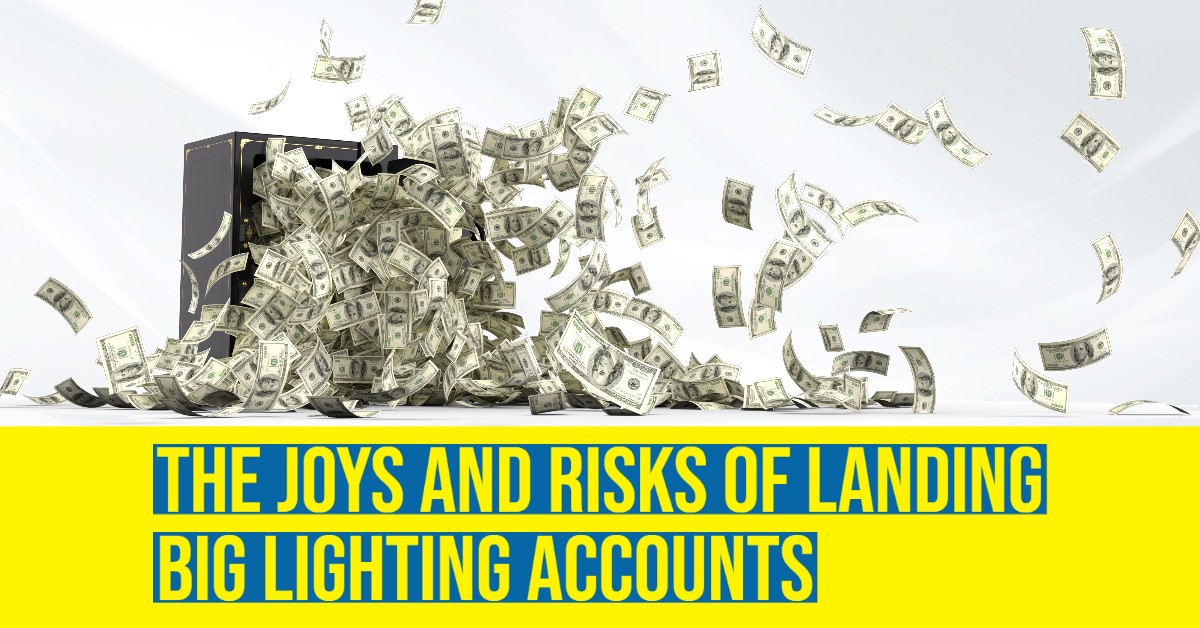 Orion demonstrates how a huge national account can boost sales and profits. But what happens when the multi-year project winds down?

It must've been a day worth celebrating years ago when Orion Energy Systems landed a huge contract to provide turnkey LED high bay retrofits at hundreds of locations of a major retail customer – reportedly The Home Depot according to investment bank, Roth Capital Partners. With approximately 2,300 stores that typically exceed 100,000 square feet each, the LED high bay retrofit opportunity across The Home Depot retail network was robust. And Orion's turnkey business model may have been the clincher to land such a big customer.

A 2020 report by Roth Capital indicated that Orion had been "looking to steal one of Acuity Brands' Top 5 customers. … Home Depot was originally an Acuity customer, and Orion is delivering a fully-custom retrofit package that avoids depreciation charges for the customer, while offering a $40 retrofit solution vs. the $200 Acuity alternative." It’s unclear whether the $40 reference was citing fixture price only and/or installation. If Roth Capital is accurate, that would’ve been an extraordinary price for a LED high bay two years ago.

A Spike in Sales
In the years prior to announcing the large Home Depot contract in 2020, Orion's total annual revenues had been hovering in the $60-70 million range. The Home Depot business alone contributed an additional $61 million to $121 million each year for the last three fiscal years. But that seemingly is about to change, as the company issued a statement on Monday indicating that Orion is “assuming approximately $25M in revenue from our largest customer in FY 2023” which started on April 1.

Losses & Profits
Perhaps even more important to the company’s long-term success, Orion had reported net losses each year for seven straight fiscal years 2013 - 2019, for total combined losses that exceeded $100 million. But in recent years, that trend turned positive with net income of $13 million and $26 million in 2020 and 2021 respectively. The company will announce its full 2022 results on June 7.

Orion estimates that its 2022 operating income will land between $8.2 - 8.4 million but the company did not give specific guidance on net income. Net income would likely be a sub-$8 million number after depreciation, interest, taxes and other expenses are deducted from the operating income. It should be noted that fiscal 2021 net income saw a nice spike due to a tax benefit anomaly of $20.9 million related to the release of the valuation allowance on deferred tax assets.

Above: Language that appears in the "Risk Factors" section of multiple Orion (NASDAQ: OESX) SEC filings. 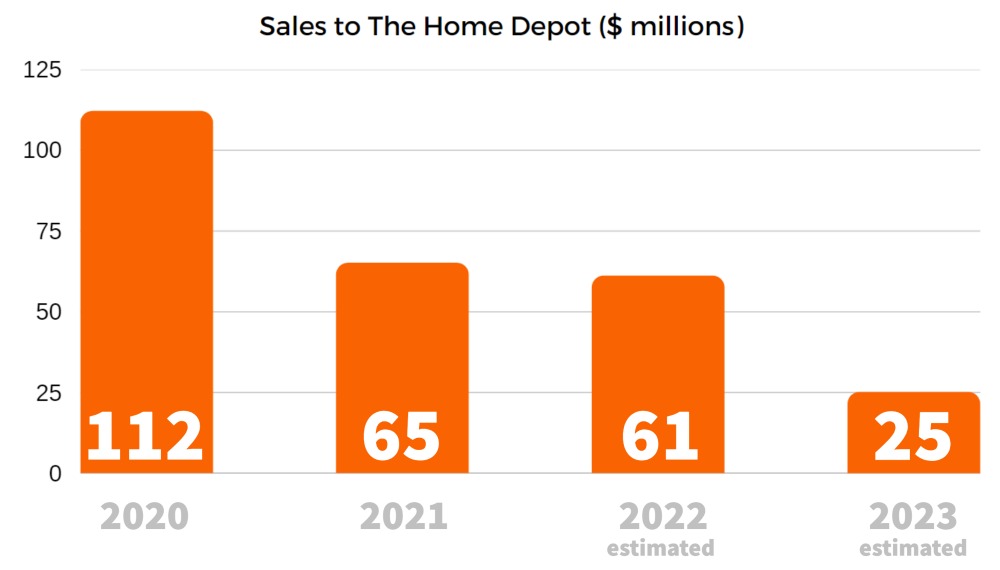 Winding Down the Big Account
As the Home Depot business runs its course, will Orion be able to maintain its streak of fiscal years with positive net income and $100+ million revenues?

The company has been deliberate in reporting sales growth from non-Home Depot accounts with revenues of approximately $39 million, $51 million and $63 million (estimated) the last three fiscal years. It will be interesting to see how Orion will grow its non-Home Depot customer base while adjusting the operational expenses for life after the Home Depot gravy train.