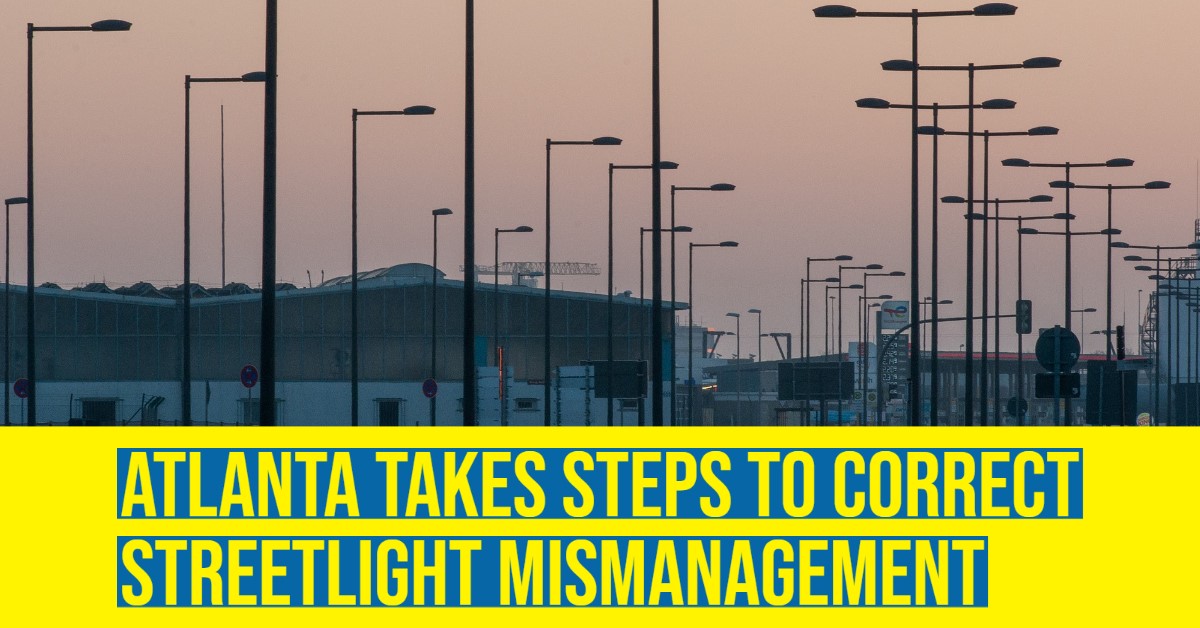 Above: Stock photo from Pixabay

ATLANTA, GA — One year ago, then-Atlanta Mayor Keisha Lance Bottoms announced the "One Atlanta — Light Up the Night” initiative to increase the City’s streetlight footprint by 10,000 lights — with focus on areas with high rates of traffic crashes and crime. At the time she stated, “Streetlights are proven to help prevent both crime and traffic crashes. The addition of thousands of lights on our streets will continue our priority to keep our communities safe. This is not only an investment in Atlanta’s infrastructure — this is an investment in public safety."

To date, over 5,000 of those streetlights have been installed across Atlanta, but one major obstacle was

discovered during the process. In April, a city audit revealed problems with the Atlanta Department of Transportation's management of streetlight servicing and inventory city-wide. "This report tells me what my gut's been telling me – that we’re not very good at this,” stated City Councilmember Amir Farokhi after the report was revealed.

Furthermore, the audit reported that the time the Atlanta Department of Transportation took to make minor repairs on streetlights was much longer than other cities. 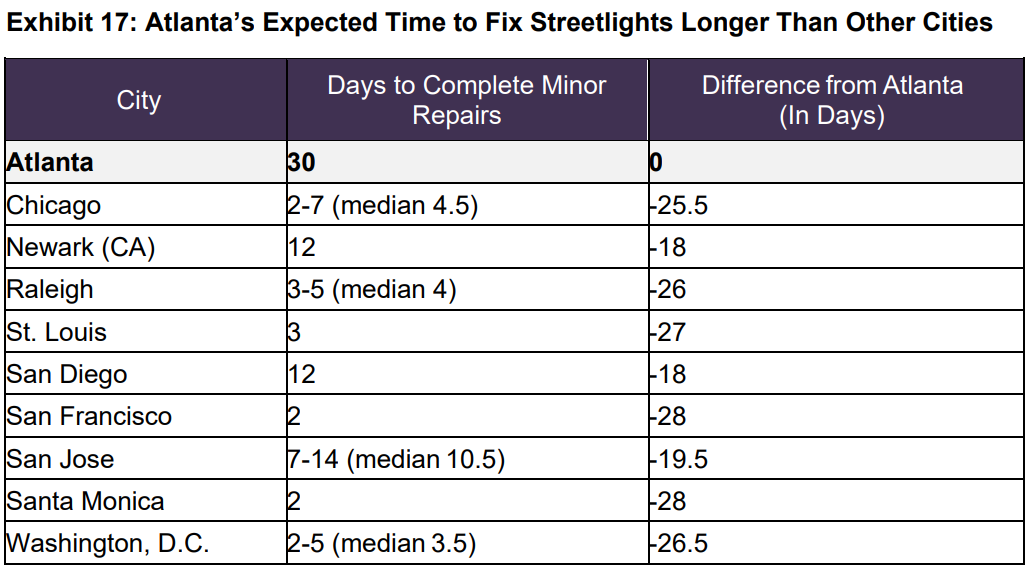 Georgia Power to the Rescue

This week, the Atlanta City Council agreed to let the local electric utility, Georgia Power, take over the responsibility of servicing the lights. Georgia Power is the electric utility that has long partnered with Atlanta and other municipalities across the state to provide streetlight installation services. In summer of 2021, Georgia Power announced that it would be partnering with the City of Atlanta on the 10,0000-streetlight installation as part of "One Atlanta - Light Up the Night." And now, Georgia Power will be providing more services to Atlanta by servicing the lights and improving the documentation of the streetlights. 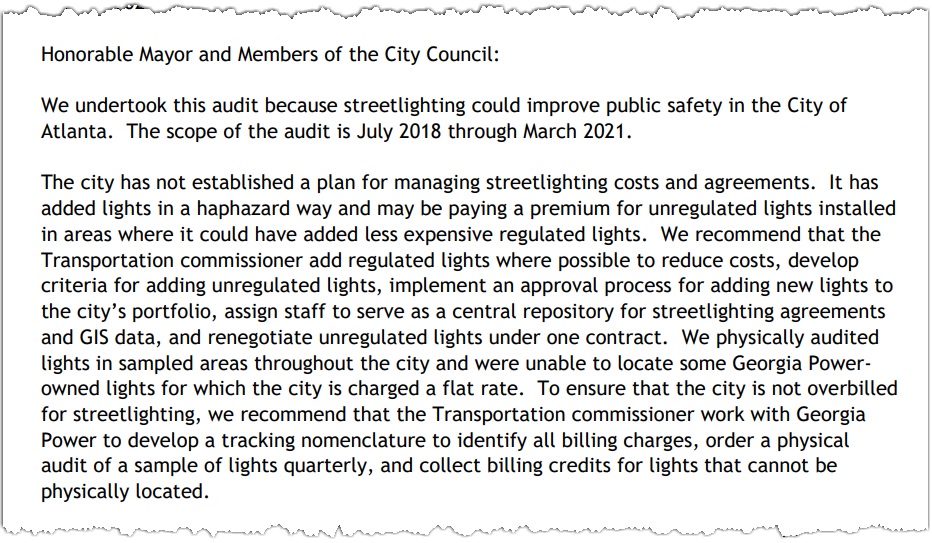