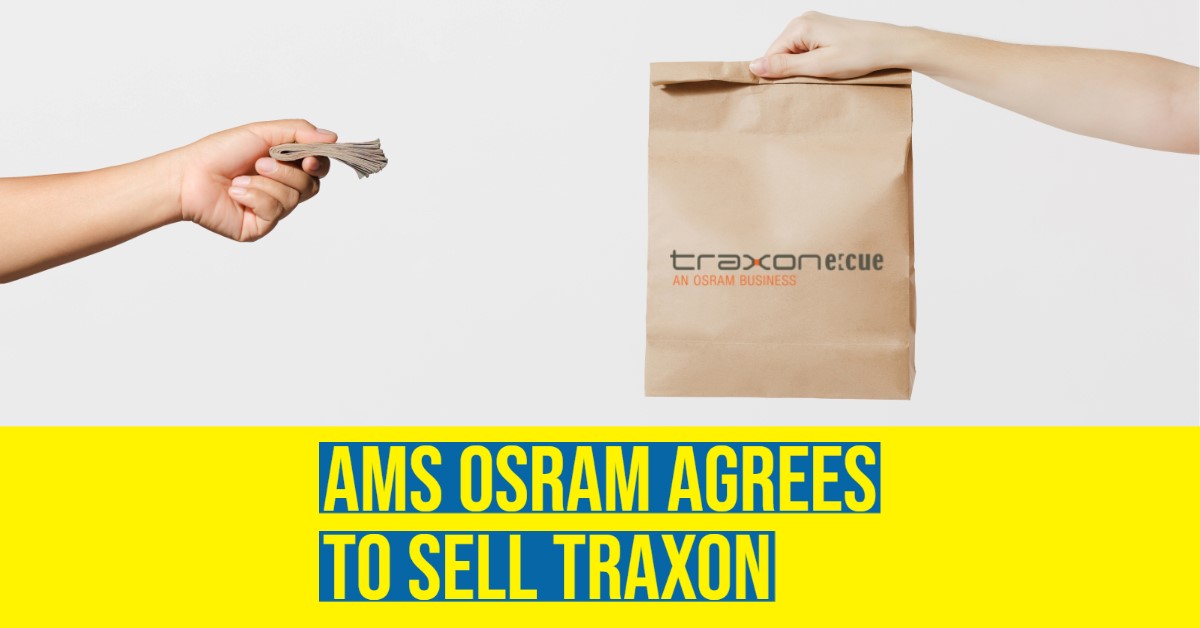 Hong Kong holding company will be the new owner. What does this mean for the U.S. arm?

At last month's amsOSRAM Capital Markets Day, Chief Business Development Officer, Mark Hamersma, explained that the company was seeking to spin-off Traxon and other "non-strategic businesses to eliminate distractions and free up capital." Today, ams Osram has announced that it has agreed to sell Traxon (and controls platform e:cue) to Hong-Kong based lighting and industrial holding company, Prosperity Group.

In 2009, Osram entered into a joint venture with Traxon Technologies, a partnership which ultimately led to Osram’s complete acquisition of Traxon in 2011. According to its website, Prosperity Group has partnered with Osram dating back to the 1990’s and currently operates numerous lighting companies including LEDVANCE Prosperity Company LTD. Which provides lighting technology products to customers in Hong Kong.

Traxon has long been a brand that has gone to market in the U.S. and Canada through lighting agents. The company was founded in Germany in the 1980’s and its headquarters was moved to Hong Kong in the 1990’s. It joined forces with Germany-based e:cue, its controls arm in 2008.

Traxon has been challenged in competing against Color Kinetics, Lumenpulse and others in the dynamic lighting space – and it is unclear how the acquisition by the Prosperity Group will impact its ability to compete and grow in U.S. markets. The company has been involved in a long list of impressive, high-profile dynamic lighting installations across the globe, with many of the largest in Europe and Asia.

With the company and employees in a holding pattern of uncertainty during recent times, the news of the acquisition should bring more solid footing to Traxon’s future – but it remains to be seen how strongly the U.S. & Canadian markets will be supported under new ownership. The acquisition certainly brings an opportunity for Prosperity Group to support Traxon’s investments into products and markets with a long-term strategic mindset.

We sent a message to U.S.-based Traxon management for a comment and didn’t receive a reply before press time. Terms of the agreement were not disclosed. The transaction is subject to customary closing conditions.

Note:  The author of this article, Al Uszynski, was CEO of Traxon Technologies, North America 2013-14.