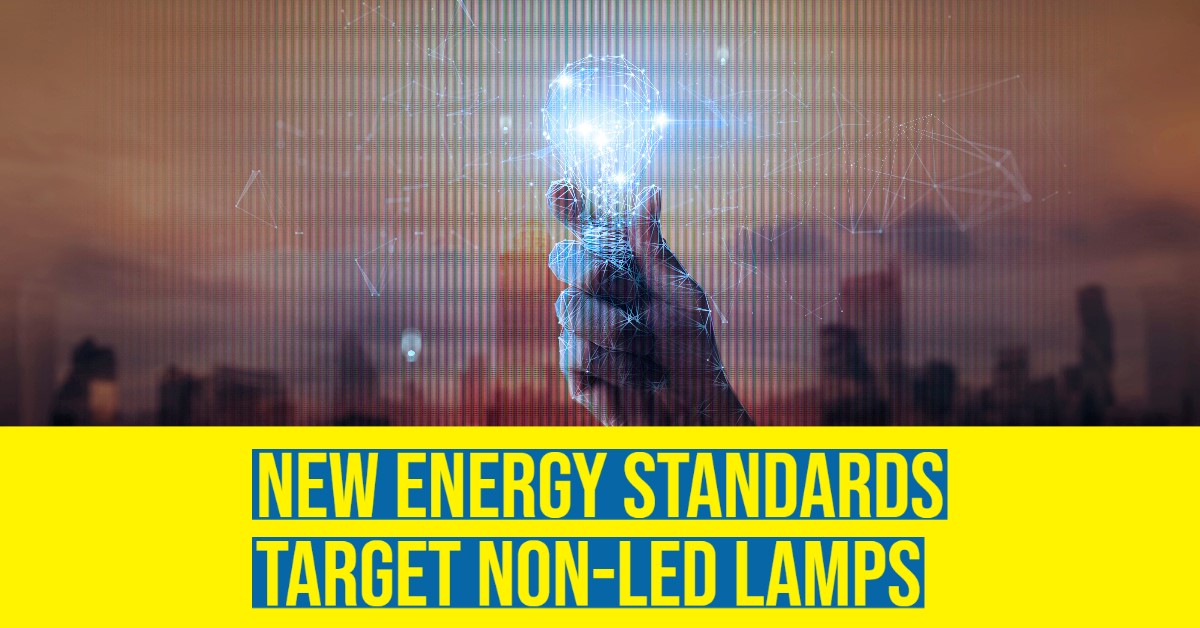 All non-complaint lamps must be shipped by January 2023 and off retail shelves by July 2023.

The new standards will save consumers nearly $3 billion annually and reduce carbon dioxide emissions by 222 million metric tons over 30 years, according to DOE. The efficiency standard—mandated in a 2007 law—had been set to take effect in 2020, but the Trump administration prevented it from doing so after a trade group representing major light bulb manufacturers sued the government and urged it to not implement the standard.

“This is a victory for consumers and for the climate, one that’s been a long time coming,” said Steven Nadel, executive director of the American Council for an Energy-Efficient Economy (ACEEE). “LEDs have become so inexpensive that there’s no good reason for manufacturers to keep selling 19th-century technology that just isn’t very good at turning electrical energy into light. These standards will finally phase out energy-wasting bulbs across the country.”

Andrew deLaski, executive director of the Appliance Standards Awareness Project (ASAP), said: “It’s going to save people money because running a few dozen bulbs that waste most of the energy as heat really adds up. The administration is allowing retailers to keep selling the inefficient bulbs well into 2023, but responsible chains ought to get them off their shelves as soon as possible and certainly by the end of this year. Many of these energy-guzzling bulbs have labels claiming they save energy, and it’s infuriating. People and the climate have paid the price.”

In an enforcement policy statement accompanying the rule, DOE said it will effectively allow companies to import noncompliant bulbs until January 2023, and allow retailers to continue selling them until July 2023.

While Sweden-based Ikea switched to selling only LEDs in 2015, including in U.S. stores, nearly all major retailers are still selling incandescent or halogen incandescent bulbs. These include Walmart, Amazon, Home Depot, Lowe’s, and Target.

While sales of LEDs have increased rapidly, about 30% of light bulbs sold in the United States in 2020 were still incandescent or halogen incandescent bulbs, which turn most of the electrical energy they use into heat, not light. Most retailers have greatly expanded their LED options but continue to stock inefficient bulbs, which are often particularly prominent at dollar stores and convenience stores.

Each additional month that inefficient light bulbs are widely sold in the United States costs consumers nearly $300 million in needless energy bills and causes 800,000 tons of preventable carbon dioxide emissions over the short lifetime of the bulbs sold in that month.

One of the two rules finalized today requires that bulbs produce at least 45 lumens per watt (a measure of how much visible light is produced for a given amount of electrical power). Congress had mandated in a bipartisan 2007 law that such a standard—a “backstop”—was to go into effect automatically on January 1, 2020, if DOE did not develop and finalize a standard at that level or higher by certain deadlines. The federal government eventually undid that action, arguing that the backstop had not in fact been triggered.

The second rule ensures that the new efficiency standard covers not only pear-shaped A-type bulbs but several other common types, such as reflector bulbs used in recessed and track lighting, candle-shaped bulbs used in wall fixtures and other decorative light fixtures, and globe-shaped bulbs often installed in bathrooms. LEDs are now widely available for each of these bulb types, which collectively make up about 40% of the light bulbs in use.