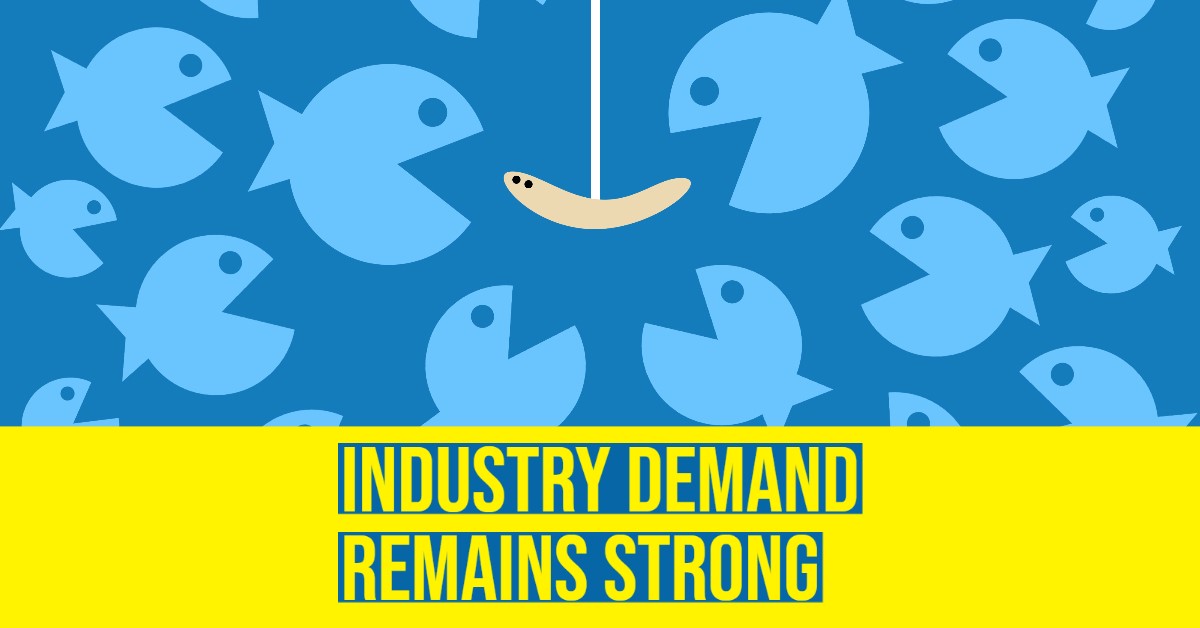 “Record quotations and orders, now if we could only ship the stuff.”

This most recent ECBI shows the number of positive sentiments recording the highest reading in many months.  Below are the details: 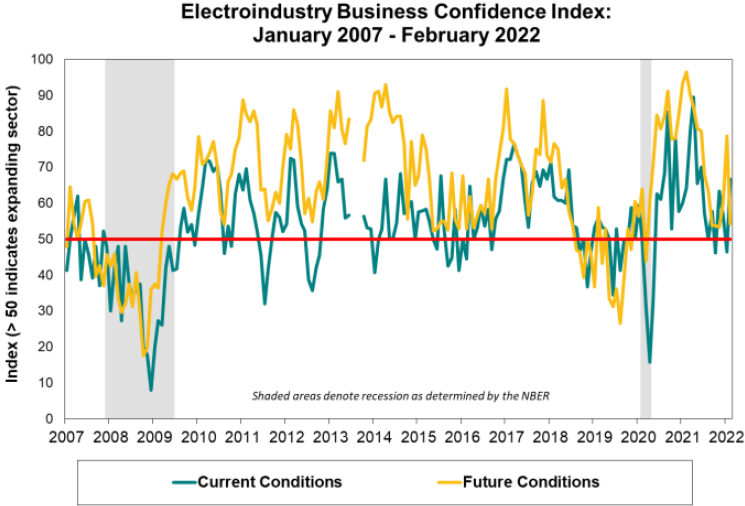 Bouncing back from last month’s dip to 46.4, the current conditions component recorded the highest reading since last spring, coming in at 66.7 points in February. The 20-point swing was propelled by a sharp increase in the proportion of respondents that reported “better” conditions, even as “worse” responses dropped to zero. Comments painted a picture of robust demand, as evidenced by strong orders activity, hampered by transportation and other supply chain difficulties, with one commenter summing up the situation: “Record quotations and orders, now if we could only ship the stuff.”

The median reported magnitude of change in current electroindustry business conditions moved to +1.0 in February, deviating from 0.0 for the first time since May 2021, and the mean value of the magnitude measure increased to +0.8 from January’s mark of +0.1. Panelists are asked to report the magnitude of change on a scale ranging from –5 (deteriorated significantly) through 0 (unchanged) to +5 (improved significantly).

The outlook regarding future conditions cooled this month but remained in the expansion zone at 54.2 points. After attaining a near-term high point of 78.6 in January, a sharp uptick in the share of respondents expecting “worse” conditions eroded some of that earlier optimism. Comments continued to demonstrate concern about supply chain constraints as one respondent noted that they do not expect “improvement on the people or supply chain side until 2023.” As with the current conditions component, panel members reported a sense of strong demand held somewhat in check for now.

NOTE: All responses were recorded prior to Russia’s coordinated military actions against Ukraine.

A score of 50 or higher suggests conditions appropriate to expansion of the electroindustry sector.

Please note that survey responses were collected from the period of February 10-18, 2022.