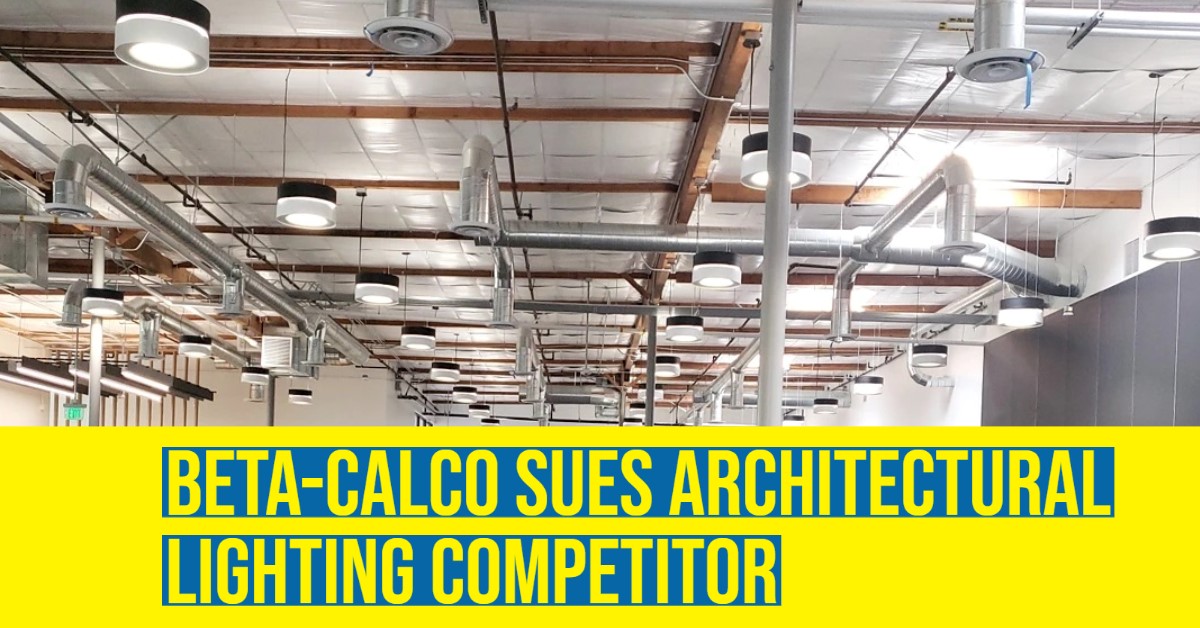 Accuses competitor of knocking off a patented pendant light fixture

Toronto-based architectural lighting manufacturer, Beta-Calco, is suing a competitor for patent infringement. In a complaint filed in the U.S. District Court for the Western District of Pennsylvania, Beta-Calco claims that Camman Lighting has copied its pendant light fixture.

Above: Exhibit from the lawsuit

Beta Calco is asking the court for multiple judgments including a permanent injunction against Camman Lighting prohibiting the company from infringing upon the patent, damages related to the Sorrento Valley Project and other punitive damages.

Our messages to Camman Lighting and Beta-Calco many days ago were not returned.

Below are project photos posted on the Instagram account of RB Consulting Engineers in El Cajon, CA.  The photos were submitted as Exhibits in support of the filed complaint.