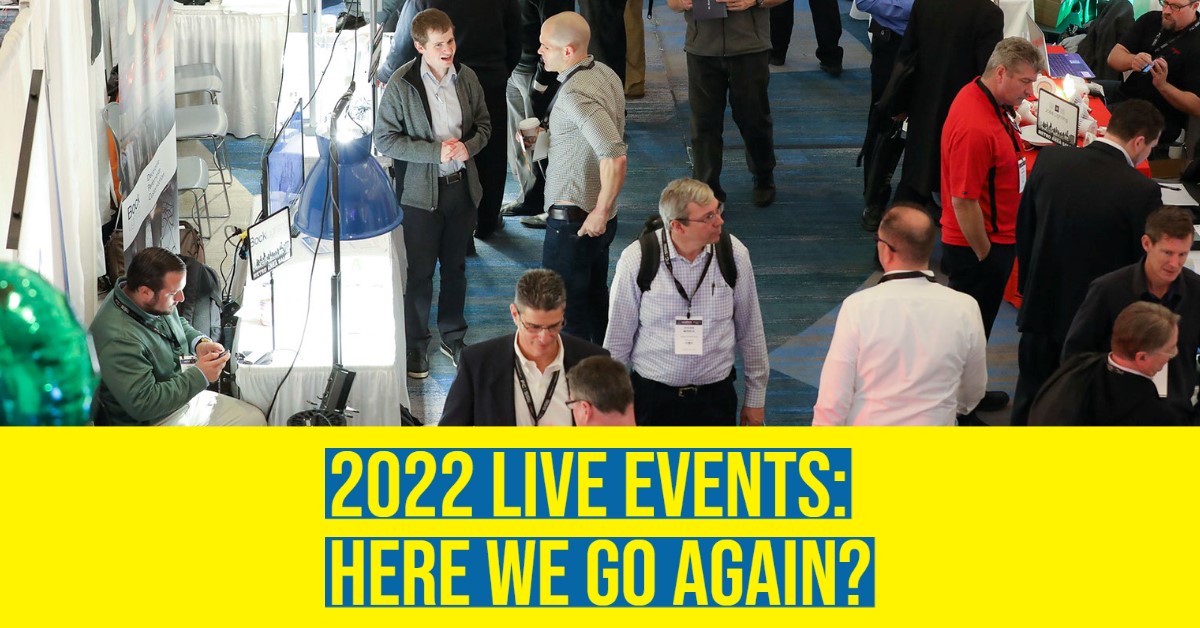 In 2020, there were so many unknowns about the Covid pandemic, that just about every live business event was canceled the last 9-10 months of the year. The mindset was “let’s eliminate the virus” layered on top of natural feelings of fear of the unknown and “be sure to sanitize your groceries”.

Two years later, mindsets seem to be shifting from “how to eliminate Covid” to “how to best live with Covid.” And naturally, individual’s opinions on this topic vary greatly. This puts the organizers of trade shows and conferences in the difficult situation of balancing public health and safety with the business goals of each events’ stakeholders.

The Dallas Market Center (DMC) owns both Lightovation and ArchLIGHT Summit – and operates in Texas where government mandates on public gatherings are looser compared to other states. For these reasons, DMC can call the shots and forge ahead more freely than other events that are tied to hotels and convention centers located in stricter jurisdictions.

Moving forward, event organizers and stakeholders are lowering expectations – evaluating if a show that is 20-40% of past events is worth the investment.

This event is two short months away, March 14-16. All of the publicity from the event organizers and the Designers Lighting Forum communicates consistent, full-speed-ahead messaging. Locals tell us that they fully expect the show to take place if Omicron doesn’t get worse in February and if no other gangster Covid variant emerges. We’d also expect a higher proportion of attendees to be in day-trip train distance from NYC with fewer people flying to NYC to attend.

It was only 2 ½ months ago that LightFair 2021 wrapped up at Javits Center in New York, and with the upcoming trade show and conference scheduled to begin on June 19 in Las Vegas, the event is forging ahead.

Acuity Brands: The decision of North America's largest maker of luminaires to pull out of LightFair 2021 with seven weeks’ notice seemed to have a ripple effect on lighting people's decision to attend (or not attend) LightFair 2021. Acuity Brands continues to be left off the 2022 exhibitor list and all the prime location booth space has been gobbled up by other exhibitors. Will we see Acuity take a booth in the back corner of the convention center, or will they sit out again?

Lutron: In 2019, Lutron was one of eight LightFair exhibitors that had exhibited in all LightFair events dating back to 1989. They broke that streak and sat out LightFair 2021. The company just exhibited at the Consumer Electronics Show in Las Vegas last week. Will they return to Vegas in June for LightFair?

Legrand brands (Focal Point, Finelite, Pinnacle, Kenall, OCL, Wattstopper) have a sporadic history of exhibiting in pre-pandemic times, often opting for nearby hospitality suites in lieu of exhibition space. Thus far, none of the Legrand lighting and controls brands are on the 2022 exhibitor list.

Hubbell Lighting (HLI) is not cited as an exhibitor, but with the forthcoming acquisition by Current, we may see HLI products in the Current booth.

The decision to exhibit often requires many months of prior planning. With exhibits shipping to Nevada in late May or early June, companies need to be well entrenched in designing and building their booths now. These days, it's hard to get a pallet of made-to-order light fixtures shipped in 6-8 weeks.  Building an entire trade show booth is a way more complex undertaking than that.

It's hard to imagine that a manufacturer can decide to exhibit in March and slap together a well-designed 900+ square foot booth in about two months' time, so if these notable companies are going to exhibit, we'd expect to see the decisions announced sooner than later.