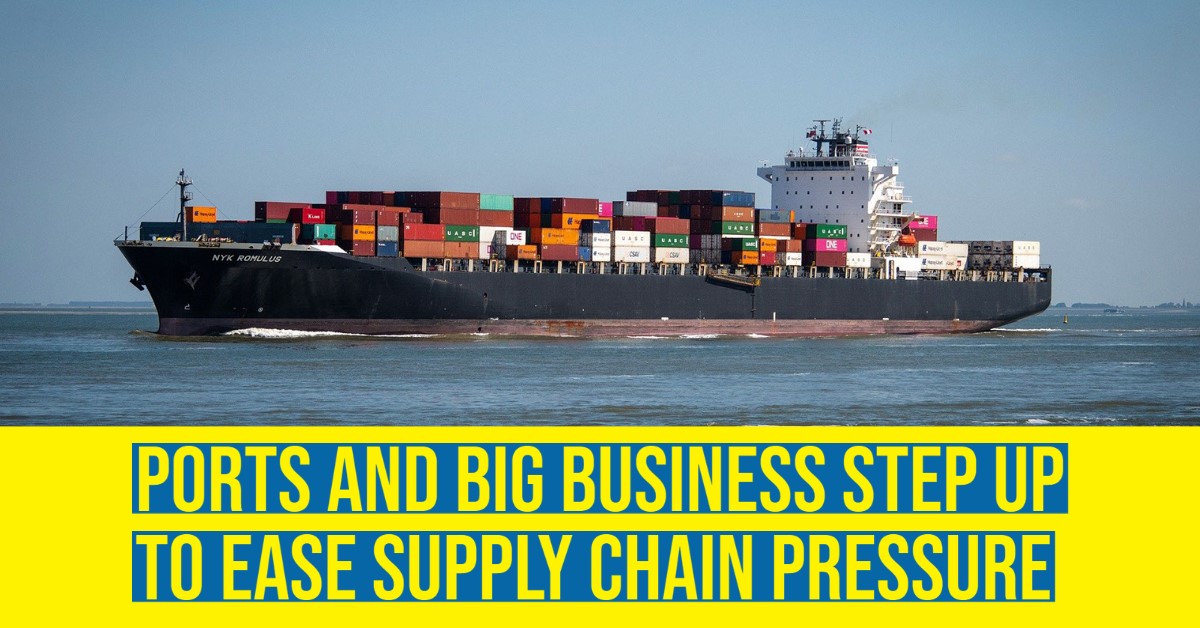 Today, U.S. government officials are convening business leaders, port leaders, and union leaders to discuss the challenges at ports across the country and actions each partner can take to address the delays and congestion across the transportation supply chain. And the President will meet with the leadership from the Ports of Los Angeles and Long Beach and the International Longshore and Warehouse Union (ILWU) to discuss the actions they are each taking to address these challenges in Southern California.

These leaders are announcing a series of public and private commitments to move more goods faster, and strengthen the resiliency of our supply chains, by moving towards 24/7 operations at the Ports of Los Angeles and Long Beach. These two ports are the point of entry for 40 percent of containers to the U.S., and are on track to reach new highs in container traffic this year. Through August, Los Angeles has moved 30% more and Long Beach over 20% more containers to help U.S. exporters reach customers around the world and U.S families and factories get the goods they need.

These commitments will speed up shipments of goods throughout the country and include:

The International Longshore and Warehouse Union (ILWU)  members are willing to work those extra shifts.
This will add needed capacity to put towards clearing existing backlogs. This is an important first step, now the private businesses along the supply chain need to move their operations to 24/7.

Large companies are announcing they will use expanded hours to move more cargo off the docks, so ships can come to shore faster.
Unlike leading ports around the world, U.S. ports have failed to realize the full possibility offered by operation on nights and weekends. Moving goods during off-peak hours can help move goods out of ports faster. For example, at the Port of LA, goods move 25 percent faster at night than during the day. These commitments will help unlock capacity in the rest of the system—including highways, railroads and warehouses—by reducing congestion during the day.

The commitments being announced today include:

Across these six companies over 3,500 additional containers per week will move at night through the end of the year.

Those boxes contain toys, appliances, bicycles, and furniture that Americans purchased online or at their local small business, and pieces and parts that are sent to U.S. factories for our workers to assemble into products. And this is just a start—these commitments provide a clear market signal to the other businesses along the transportation supply chain—rails, trucks, and warehouses—that there is demand to move additional cargo at off-peak hours.

This effort is part of the ongoing work of the U.S. Supply Chain Disruptions Task Force to continue to identify emerging bottlenecks to the economic recovery and take action to clear them to help families, workers, and businesses get the goods they need.