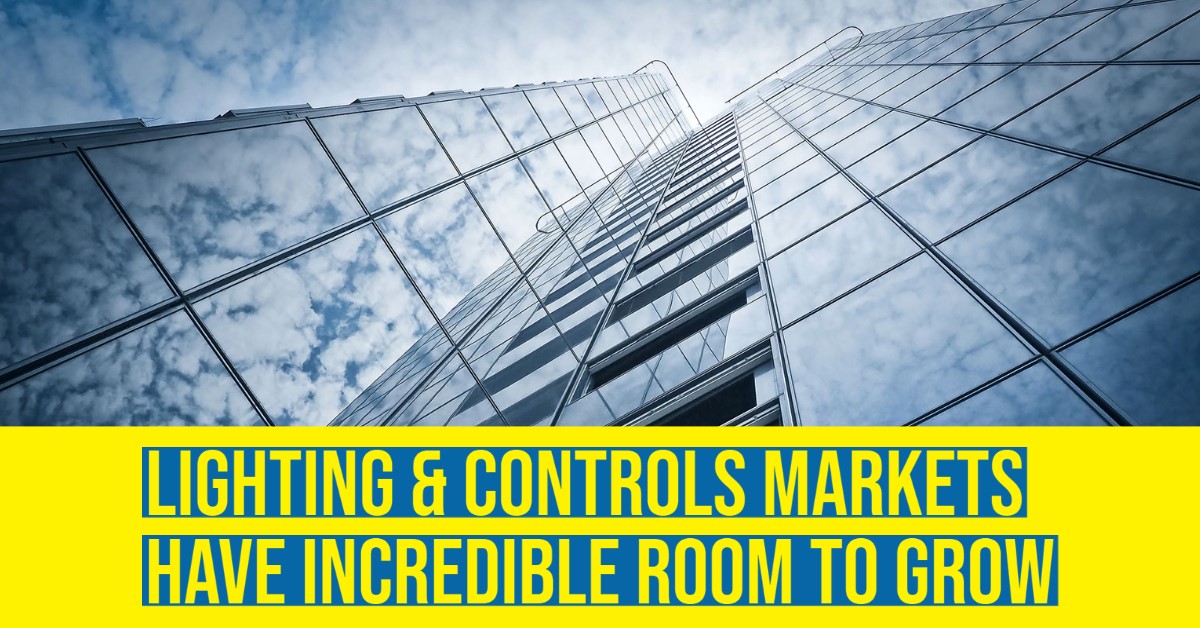 The majority of U.S. commercial building space is still not utilizing LED lighting AND controls

As buildings and their fluorescent light sources age, over 50 billion square feet of commercial building space could benefit from LED lighting and controls upgrades.

A new report issued by the U.S. Energy Information Administration (EIA) reveals data for commercial buildings that offer insights into building characteristics and the use of lighting features and technology. The EIA has conducted the Commercial Building Energy Consumption Survey (CBECS) periodically since 1979, as required by Congress. The most recent report published in September 2021, includes building data through 2018.

Since the end of the 2018 survey period, the COVID pandemic has altered the way commercial buildings are being utilized. Yet even as once-bustling office buildings are now seeing significantly fewer occupants, that doesn’t dismiss that building systems are still active and energy consumption is still close to pre-pandemic levels in many cases.

The lighting controls market still has incredible room to grow

Unsurprisingly, the report revealed that out of all types of lighting sources, only LED lighting use increased since 2012.

Most buildings were small, but large buildings dominated total floorspace 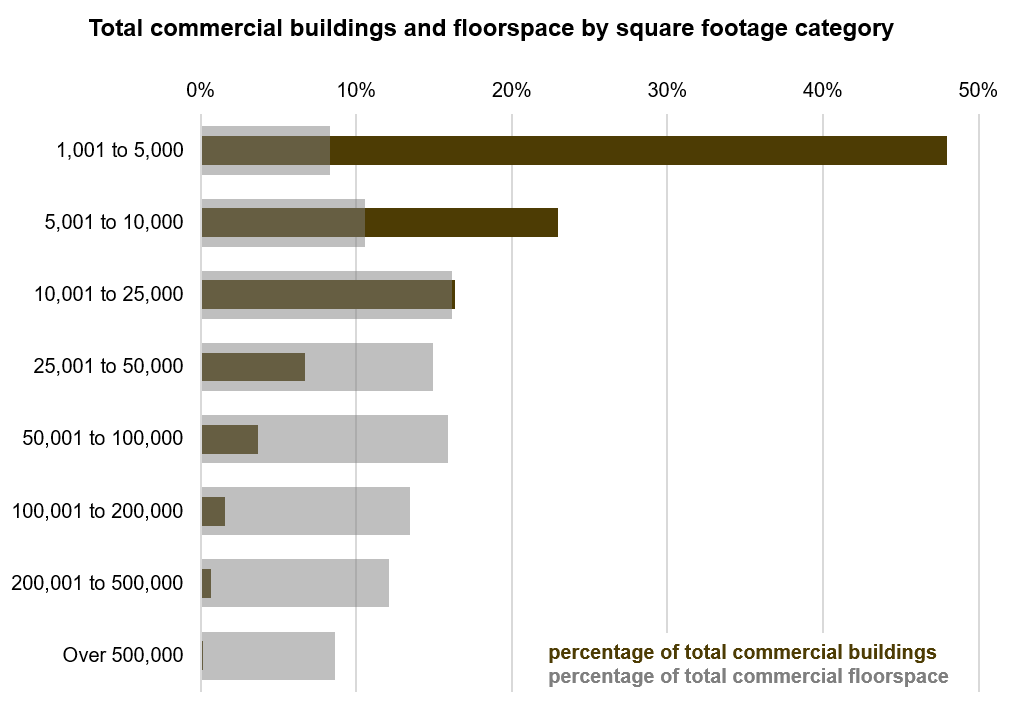 More than half of U.S. commercial buildings were built between 1960 and 1999 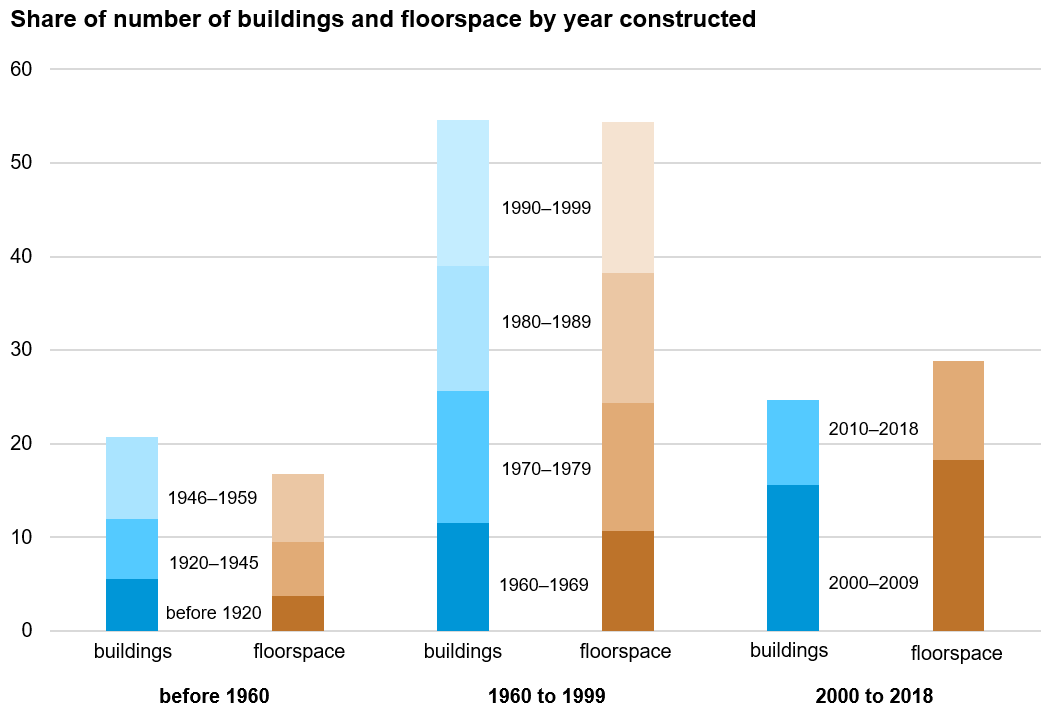 Out of all types of lighting sources, only LED lighting use increased since 2012 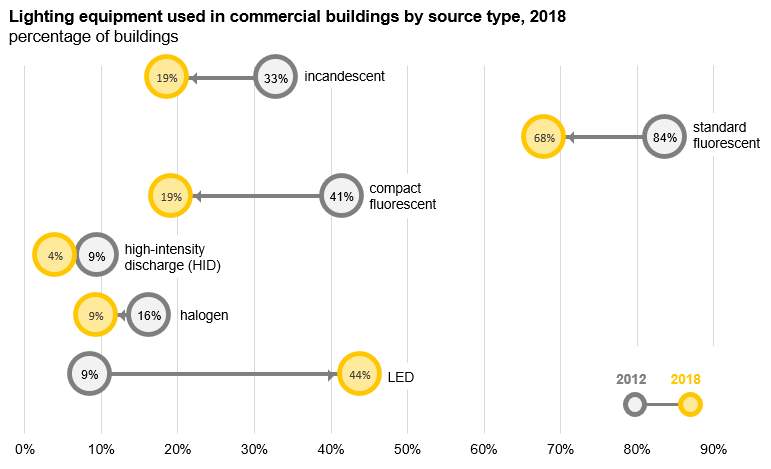