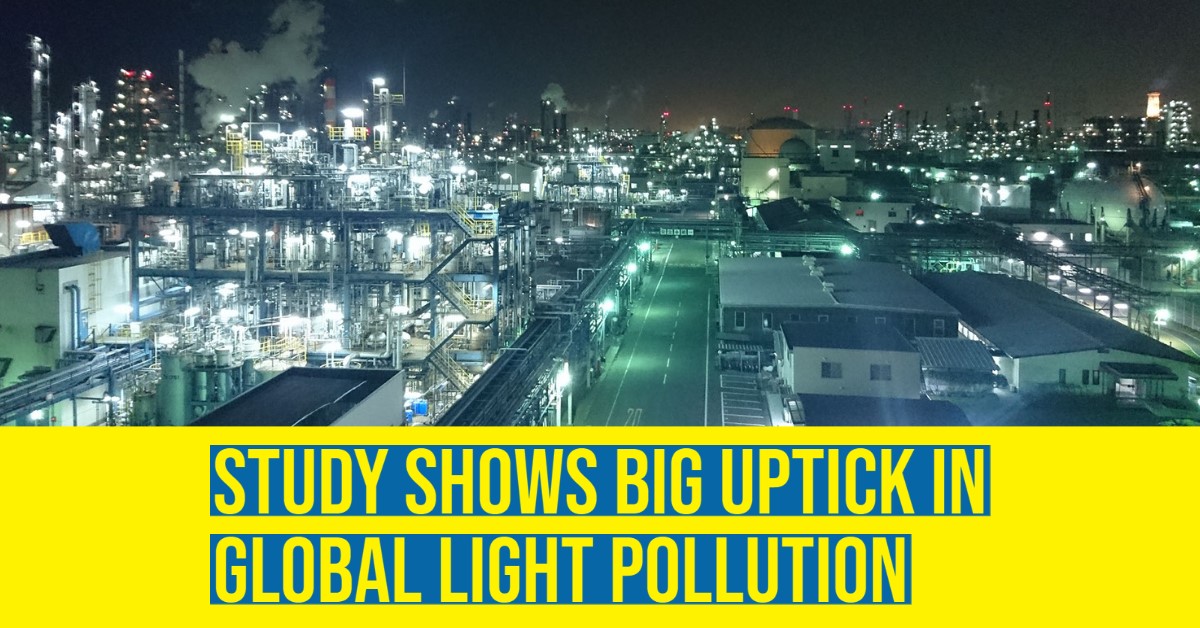 North America is trending down, thanks to Canada

A new study conducted by researchers in Spain and the UK reveals a large global increase in light pollution. Researchers evaluated satellite images from 1992 to 2017 and concluded that the power of global satellite observable light emissions increased by at least 49%.

The study, "First Estimation of Global Trends in Nocturnal Power Emissions Reveals Acceleration of Light Pollution,” noted that some satellite imagery prior to 2012 created some challenges in the assessment.

Transition to LED sources creates a “hidden impact”
The study cites the transition to LED technologies as a contributing factor: “We estimate the hidden impact of the transition to solid-state light-emitting diode (LED) technology, which increases emissions at visible wavelengths undetectable to existing satellite sensors, suggesting that the true increase in radiance in the visible spectrum may be as high as globally 270% and 400% on specific regions.“

The dynamics varied by region. The study evaluated various geographic areas and determined that Europe’s light pollution was leveling off, North America’s was seeing a slight decline and the rest of the world was increasing.

A drilldown in North America shows:

Jane Slade, founder of Anatomy of Night and dark sky activist, reviewed some of the study’s initial findings and commented “Historically speaking, the world has never been brighter, yet we have never been more scared of natural darkness. It is imperative that we reclaim nightly darkness not only as an asset with immeasurable benefits but as a necessity for the health and wellbeing of all living things on the planet.”