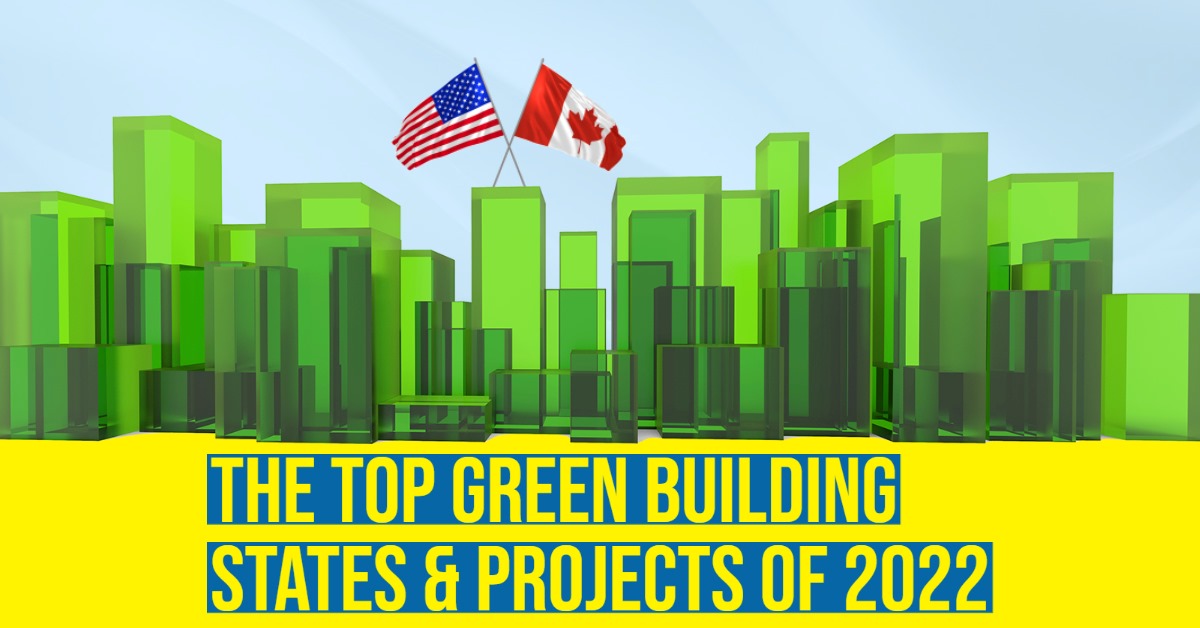 Washington, D.C. – The U.S. Green Building Council (USGBC) has released its annual ranking of U.S. states leading the way on green building, with Massachusetts topping the list. The USGBC ranking is based on LEED-certified gross square footage per capita over the past year. The LEED rating system is the world’s most widely used green building program and was created by USGBC as a leadership standard defining best practices for healthy, high-performing green buildings.

“It was a strong year for LEED certifications across the U.S. as companies and governments embrace LEED as a tool for meeting ESG goals and organizational commitments to climate action, occupant well-being and resource efficiency,” said Peter Templeton, USGBC president and CEO. “LEED buildings are environmentally friendly, cutting their emissions and waste, and use less energy and water. At the same time, they also help reduce operational and maintenance costs, contributing to the bottom line.”

As a federal territory, Washington, D.C., does not appear in the official top 10 list of states, but it consistently leads the nation in LEED-certified square footage per capita, in part because of the federal government and the District’s ongoing commitments to green building. In 2022, the nation’s capital certified over 46 square feet of space per resident across 115 green building projects.

A total of 1458 projects earned LEED Certification in the United States during 2022.  Six of the top 20 were recertifications of in-use projects that have previously achieved LEED certification.  Here are the largest ones.

A total of 107 projects earned LEED Certification in Canada during 2022.  Here are the largest ones.