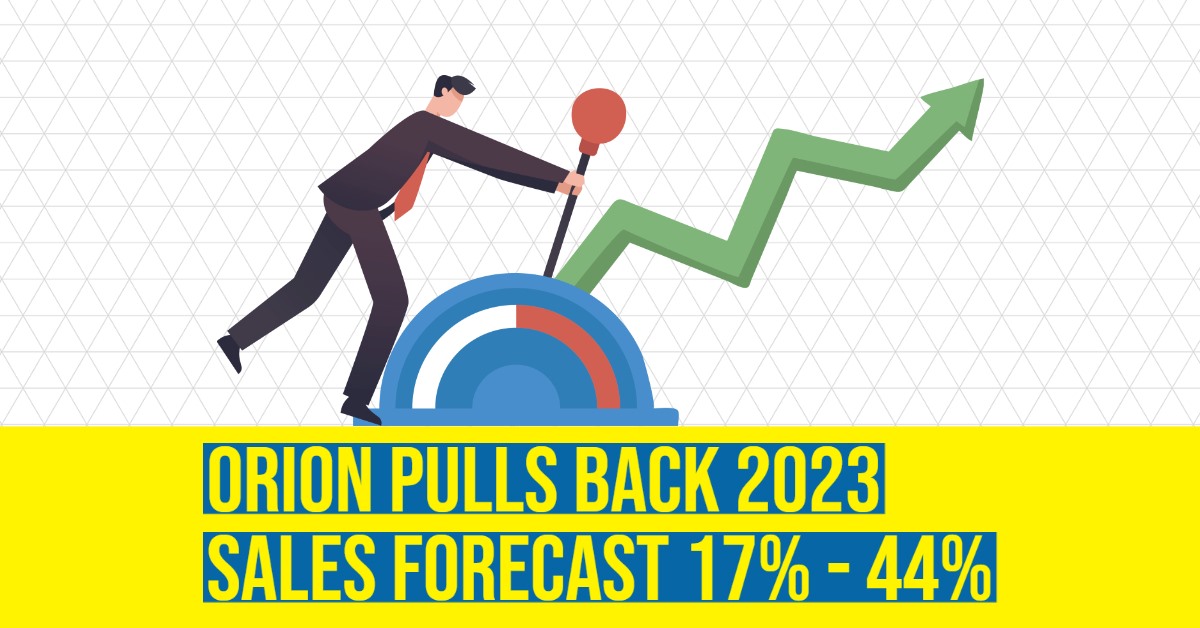 In less than ten weeks, Orion Energy Systems, Inc. (NASDAQ: OESX) will close out its 2023 fiscal year end on March 31. As recently as November 8, Orion was maintaining its full fiscal year 2023 revenue forecast ranging between $90 million and $110 million. Yesterday, the company revised the full-year sales forecast, now projecting a final result between $77 million and $80 million.

Orion management has stated all along that it has expected fiscal year 2023 second half revenue to be much stronger than the first half, which still may be true, but instead of following $35.5 million of first half 2023 revenue with a $54 to $74 million second half, the second half revenue appears to be coming in at a much more reserved $41.5 to 44.5 million. This represents a second half forecast pullback in the range of 17% - 44%.

Explaining the miss:
Mike Jenkins, Orion’s CEO who replaced the retiring Mike Altschaefl in November, explained the reasoning behind the revised forecast: "Q3 revenue improved sequentially from Q2, but was below the expectations of our prior revenue guidance. Delays in the activation of large DoD and automotive projects have pushed anticipated revenues from these projects into Q4’23 and FY’24. The automotive projects started slower than anticipated in Q3 but are expected to accelerate in Q4'23. The $9M DoD project start has shifted from Q3'23 to Q1'24. Both projects are fully booked. Additionally, sales through our lighting distribution channel were slower than anticipated, largely due to a softening economic environment."

In December 2022, the company announced landing the contract for $9.6M in turnkey retrofit projects for five U.S. Department of Defense facilities in Europe. If those projects do indeed come to fruition in Q1 2024, it will be an excellent start to Orion’s new fiscal year that starts on April 1.

And now for some good news:
inside.lighting has detailed numerous times the expected phase out of Orion's number one customer, The Home Depot, as the account once provided $61 million to $121 million per year. Jenkins addressed that with some positive comments about other business segments, "Importantly, despite the anticipated $50M decrease in business from our largest customer and an online retailer in the first nine months of FY’23, the remainder of Orion’s business has grown by approximately 9% over the year-ago period. Our new EV charging segment is off to a great start and should exceed our expectations for the second half of FY’23. This helps confirm that the investments we are making to diversify our business are paying off."

A $500 million company?
In June 2022 the company stated “Orion’s Board and management team remain committed to a long-term strategic plan that seeks to grow the business, via organic and external growth initiatives, to a $500M annual revenue business over approximately five years.”

The company is still expecting to grow sequentially, and while a now-four-year path from around $80 million to $500 million may seem improbable, the company is “big game hunting” for more large turnkey accounts while making strategic acquisitions that may enable Orion to get closer than it may appear possible now.