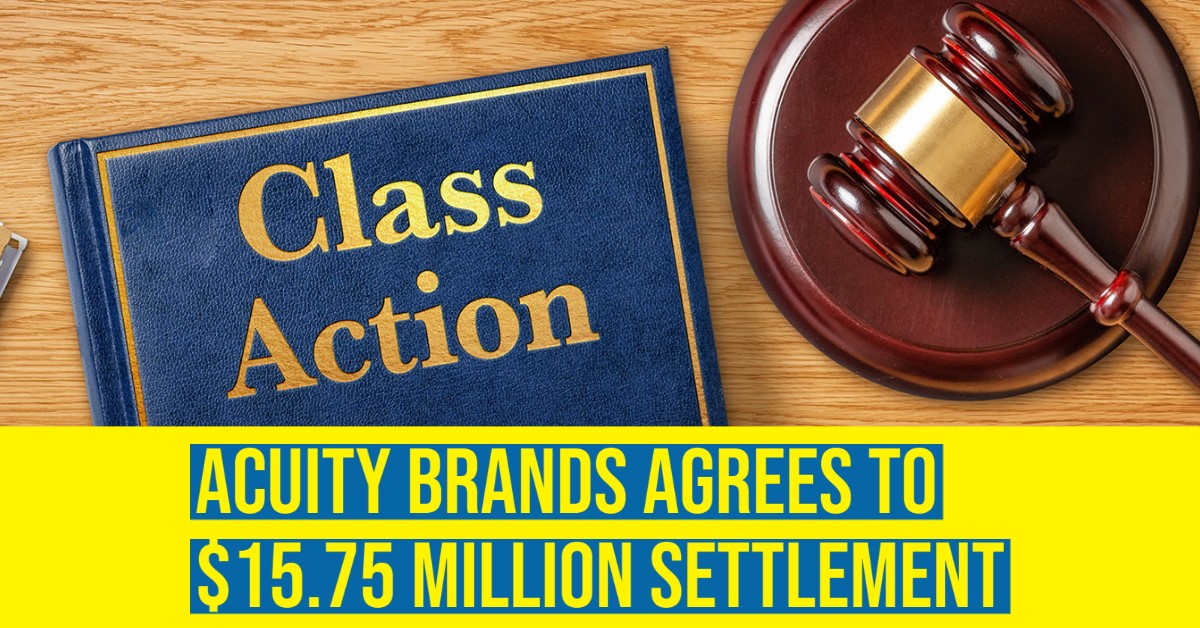 A class action lawsuit filed in 2018 against Acuity Brands and some former executives appears to be nearing the end.

The lawsuit alleges that, from October 7, 2015 to April 3, 2017, Acuity made misrepresentations and failed to disclose important information to the market regarding Acuity’s ability to maintain the remarkable rate of sales growth it had experienced in years prior. The plaintiffs claim that these alleged misrepresentations and omissions by Acuity caused the price of Acuity common stock to be artificially inflated and to decline when the alleged truth was revealed.

Next Steps:
The plaintiff’s attorneys have filed a motion for the court to preliminary approve the settlement.  If granted, the court is expected to authorize notice of the settlement to all Acuity Brands shareholders during the class period.  The court will also schedule a hearing for consideration of final approval of the settlement – and the defendants are not expected to oppose any of those actions.

NOTE: The author of this article, Al Uszynski, was an Acuity Brands shareholder during the class period, but is not currently a party to this class action. The author currently holds no stock of the company mentioned in this article and has no plans to initiate a position with the company in the next 15 days.