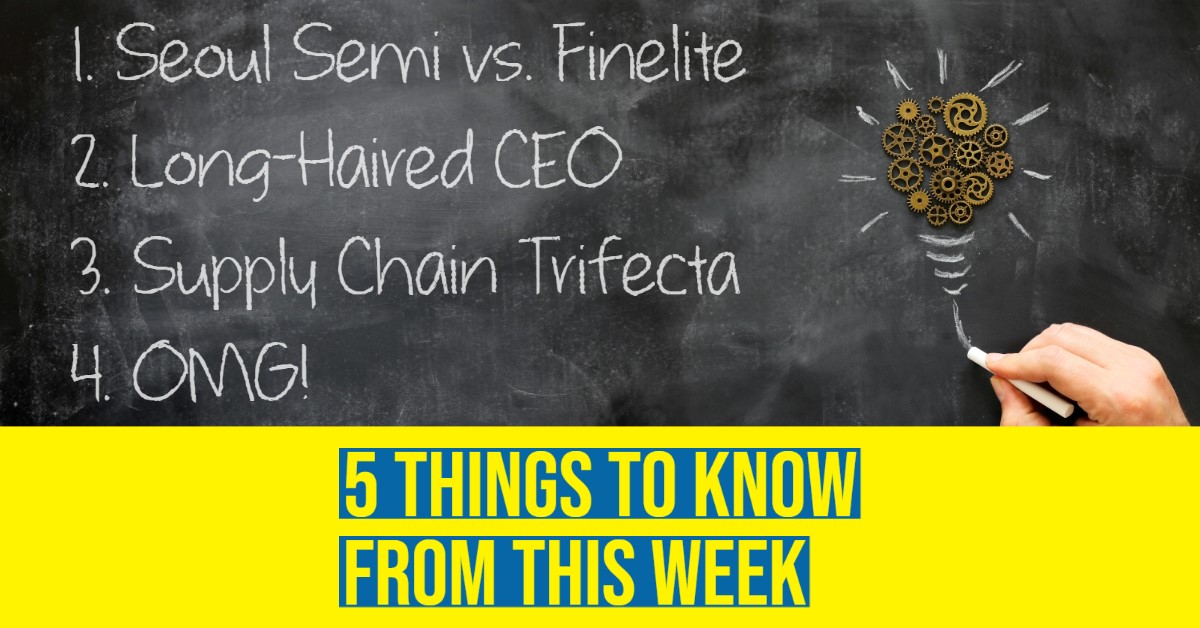 Finelite is being sued, and the CEO of a leading LED maker refuses to cut his hair

Here's a roundup of some of the week's happenings curated to help lighting people stay informed.

Finelite has become the 18th company since 2012 that Seoul Semiconductor has sued in U.S. federal court over alleged patent infringement.  The lawsuit alleges that Finelite is using components in its fixtures that violate Seoul Semiconductor's LED patents.

2. No Haircuts for this CEO

According to a recent article promoted on the LinkedIn feed of Korean LED maker, Seoul Semiconductor, CEO Chung-Hoon Lee has not cut his hair since 2018 in protest of companies that allegedly infringe upon his company's patents: "From the end of 2018 to this year, my hair, which I haven't cut for nearly 4 years, now goes down to about the middle of my back and waist." The reason is simple and clear. "I will not cut down until we root out the infringing companies."  (Korean → English translation via Google Translate)

Surprisingly, the $44,000 in billing errors were in the favor of the utility.

A car crashed into the front windows of one of Metro Lighting's six retail locations in the Greater St. Louis area.