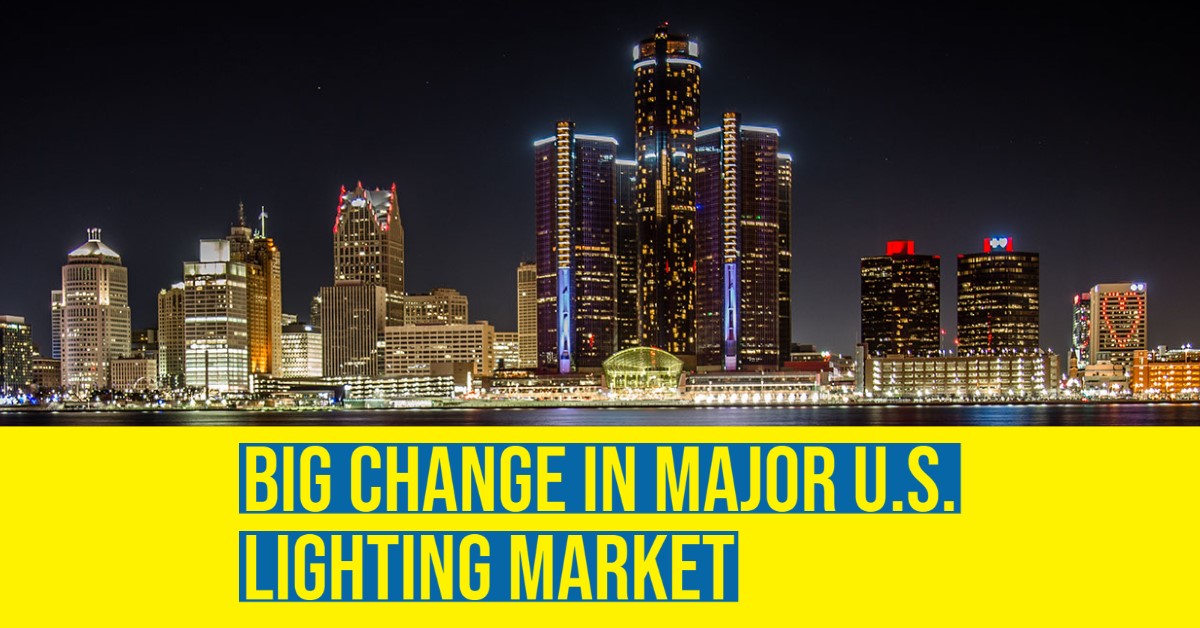 There will soon be one less lighting agent in Detroit.  Where will the 141 lighting brands go for new representation?

Resource Lighting Group, a long-time lighting agent that has served the Detroit metropolitan lighting market for decades and, in recent years, expanded into the Western Michigan market has announced that the agency will soon be closing its doors.

In a note to the company’s manufacturer-partners, agent Principal, Mark Williams, explained “Due to market conditions and other unforeseen circumstances, Resource Lighting Group will cease sales and service operations on 12/15/21.”

The agency formerly represented Cooper Lighting and Juno Lighting many years ago, but after a change in ownership (under some unusual and unfortunate circumstances) Resource Lighting Group had reestablished itself as a Michigan-wide agent (sans the U.P.) with a long line card and a focus on project and specification business. Some notable lines on the current line card include Williams, LSI, B-K Lighting, Insight Lighting, Elliptipar and NAL.

In total, the agency lists 141 lighting brands on its current line card. Those manufacturers will now be seeking new representation with one of the other Michigan agents. Acuity Brands and Cooper Lighting Solutions each have separate representation in the Detroit and Grand Rapids markets, causing some of the largest Michigan agents to be East-West market specific. Other agents like Michigan Lighting Systems and Pro-Tech are state-wide agents that can serve as a full replacement of Resource Lighting Group’s footprint. It should be noted that Detroit metro agents often cover the Toledo, OH market for the same manufacturers.

With approximately 60 current employees, Gasser Bush Associates has long been considered to be the dominant agent in Eastern Michigan. And with 119 manufacturers listed on its line card, Gasser Bush seems to limit the number of manufacturers it represents. It’s common to see other #1 agents in other large, package markets represent over 150 lines – and sometimes over 200.

The Resource Lighting Group move could cause other chain reactions to occur including giving some smaller and/or upstart agencies an opportunity to build their line cards and market share.

We spoke with Mark Williams of Resource Lighting Group and he politely declined to comment.

Below is the email that Resource Lighting Group sent to its manufacturers on Monday. 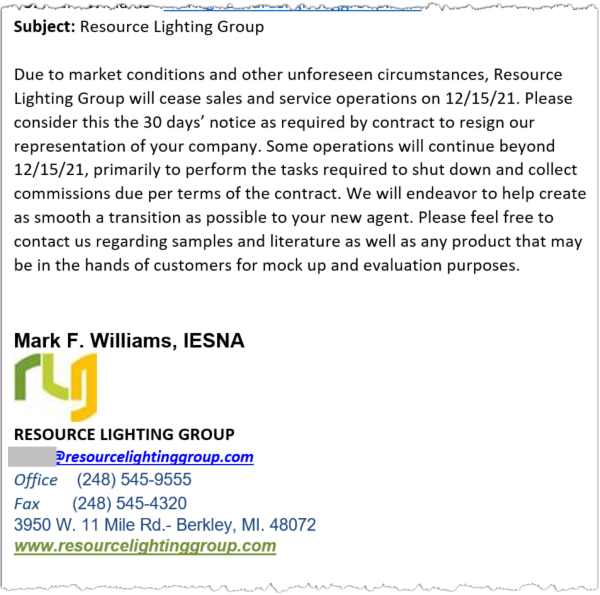