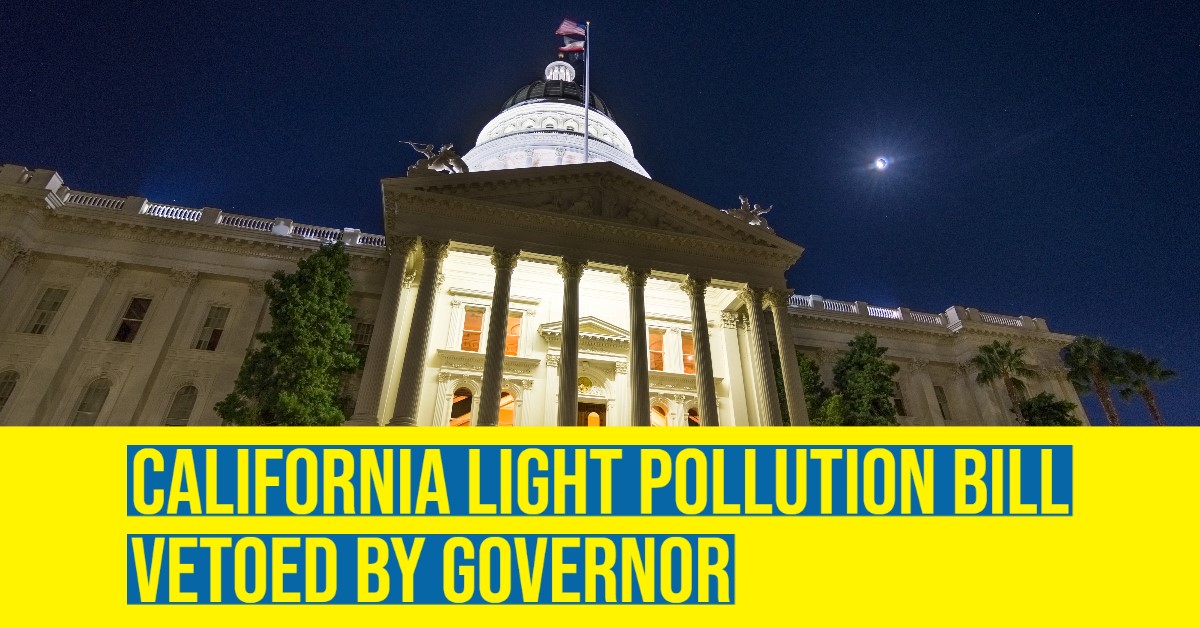 SACRAMENTO, CALIFORNIA – Back in April, a California state building light pollution control bill was gaining traction in the state legislature.

Assembly Bill 2382, authored by Assemblyman Alex Lee (D-Palo Alto), would require state agencies to have all outdoor lighting fixtures on state owned, managed or leased buildings to meet new electricity limitation standards between 11 P.M. and sunrise the next day.

On August 30, the bill passed the state Senate with a vote of 76-1 moving it to the inbox of Governor Gavin Newsom.

On Friday, Newsom vetoed the bill that would have dimmed the light pollution emanating from state buildings, writing in part that the proposed law was an "overly broad mandate" whose costs California is currently ill-equipped to cover.  Newsom also stated that the bill "raises concerns for health and safety" but didn't elaborate on what those specific health concerns are. 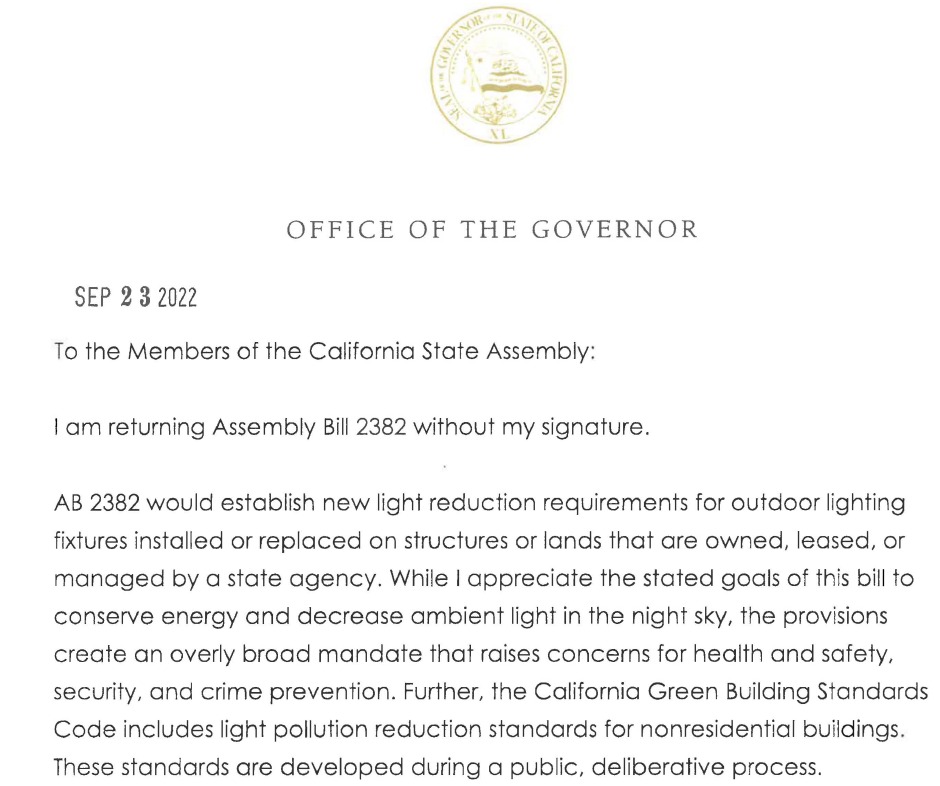 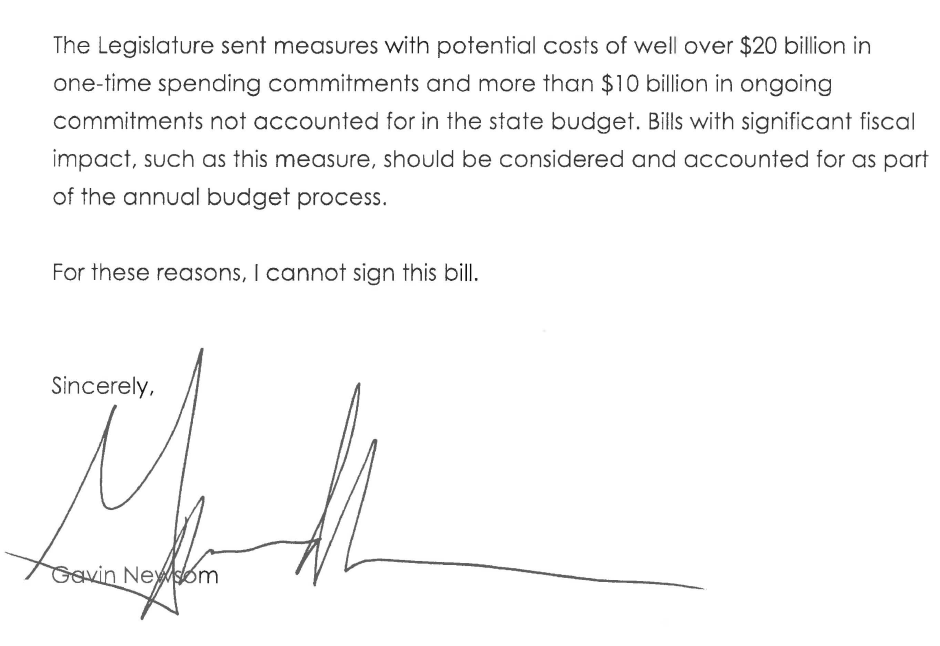