Congress Could Pump $52B into U.S. Semiconductor Industry 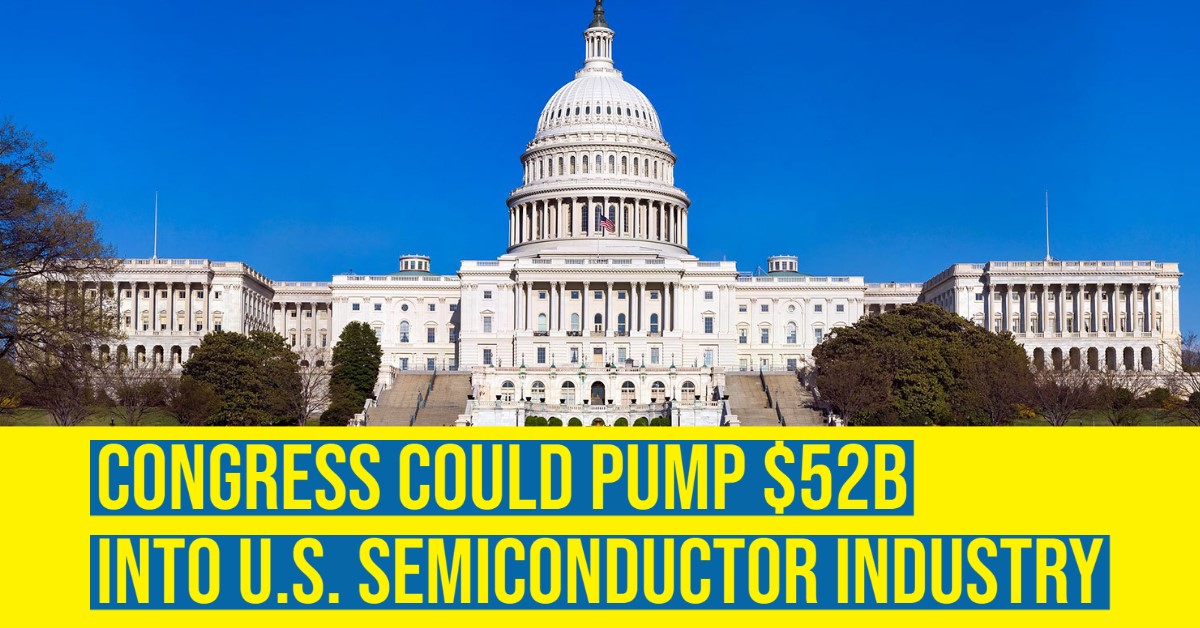 A congressional bill proposes to earmark $52 billion for the U.S. semiconductor industry.

The U.S. Innovation and Competition Act, described by lawmakers as an enabler "to enhance American competitiveness with countries like China," will soon see a vote in the U.S. Senate.

The bill calls for $52 billion to be allocated over 5 years for a CHIPS for America Fund; short for “Creating Helpful Incentives to Produce Semiconductors". Funding would be used to implement the Commerce Department semiconductor incentive and R&D programs. A portion of the monies would go towards providing Federal financial assistance to incentivize investment in facilities and equipment in the United States for the fabrication, assembly, testing, or advanced packaging of semiconductors.

The proposed bill includes multiple mentions of the semiconductors being used by the Department of Defense and does not mention LEDs specifically or construction-related industries. It does, however, reference industries that are assigned a North American Industry Classification System (NAICS) code beginning with 31, 32, or 33.

US-based lighting and controls manufacturers are often classified under NAICS 335100 - Electric Lighting Equipment Manufacturing, so it's possible that US lighting manufacturers could benefit from CHIPS either directly or indirectly through their suppliers.

According to Bloomberg News, the Senate will wait to vote on the CHIPS legislation, which has broad bipartisan support, until lawmakers return from a break on June 8. A small group of lawmakers are reportedly requesting additional amendments and more time to consider the bill.

Like anything that requires congressional, bipartisan support it is possible that the CHIPS bill never comes to fruition in 2021 and ends up experiencing an ending as unspectacular as CHiPs ’99.