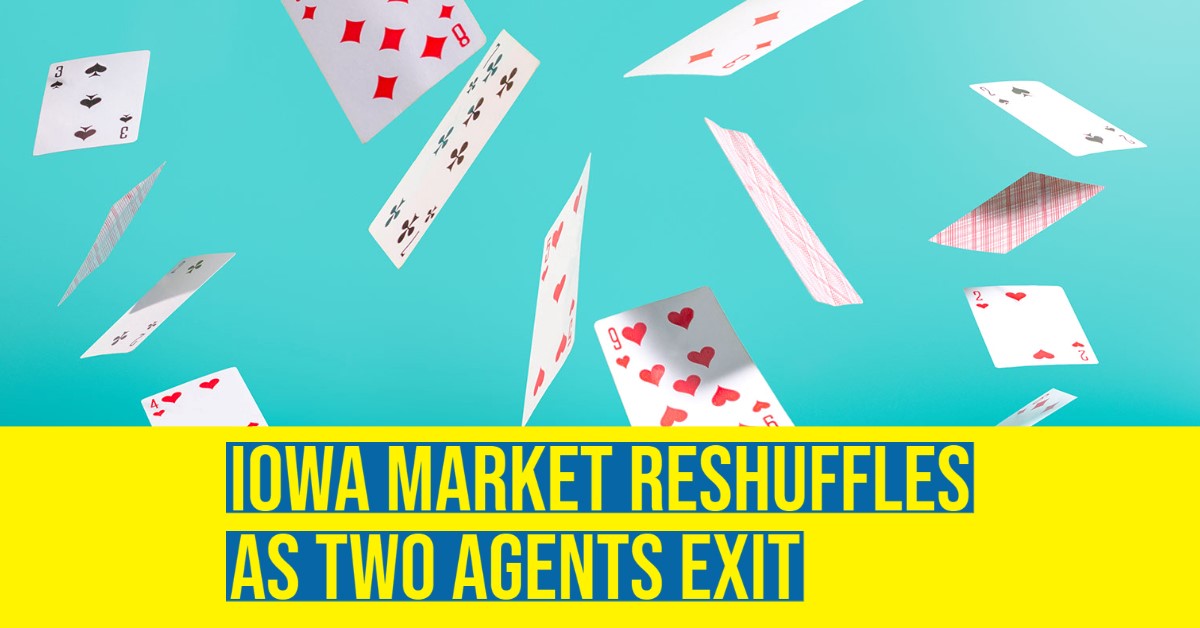 There soon will be one less lighting agency in the Iowa market as two multi-state agents are simultaneously exiting the market –making way for a newly formed agent to take on Acuity Brands and other independent lines.

Minnesota-based JTH Lighting Alliance has announced that it is exiting the Iowa market and will continue to focus on the Minnesota and Wisconsin markets. 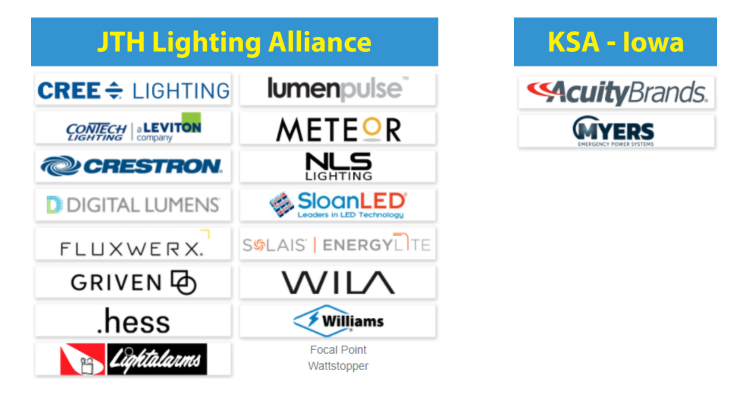 Above:  Some of the manufacturers currently represented by JTH and KSA in Iowa.

Beaman has a long history in the Iowa lighting market that includes 20 years as part of the former Acuity Brands agent, M&M. Beaman tells us “The best possible way to succeed in this market is not only to cater to Iowa, but to focus on the individual local pockets in Iowa that each do business in a unique way.”

The Omaha Collaboration
The long-time Nebraska lighting agency, Central Sales Lighting Systems, will remain a separate independent company, but will also be changing its name to Central Sales Lighting Alliance. Thus, the local Iowa and Nebraska markets will see a consistent representation of Acuity Brands as CSLA across both states.

CSLA Iowa – headed up by Beaman, and CSLA Nebraska, led by Herb Beard and Nick Beard have plans to roll out a unified “common voice, common website and common marketing” in the two markets.

What will happen to the independent lines of JTH and KSA?
Manufacturer-Agent contracts are usually designed with non-transferability and termination clauses for instances when an agency changes ownership. With one fewer agent in Iowa, it is possible that many of the brands currently represented by JTH or KSA will agree to be represented by the new CSLA agency in Iowa.

We imagine that some lines, like Cree Lighting, may not be represented by CSLA as it is believed that Acuity Brands – like other large lighting companies – does not permit its agents to represent Cree Lighting. Beaman politely declined to comment on Cree Lighting when asked about it.

KSA’s move into Iowa was much different in that the agency started from scratch. When Acuity Brands agreed to give Iowa representation to KSA, that was a big blow to the previous Acuity agent, M&M Lighting. Despite representing some good independent lines like SPI, Ecosense and Selux, M&M ultimately didn’t survive.

Feedback from the Iowa market is that KSA struggled to get the traction and momentum necessary to propel the agency into a leading Iowa agency. With this selloff, KSA cuts ties with the Iowa market and can continue to capitalize on all of its impressive strength that the agency has built in Illinois.