Here's What Went Down at The ArchLIGHT Summit 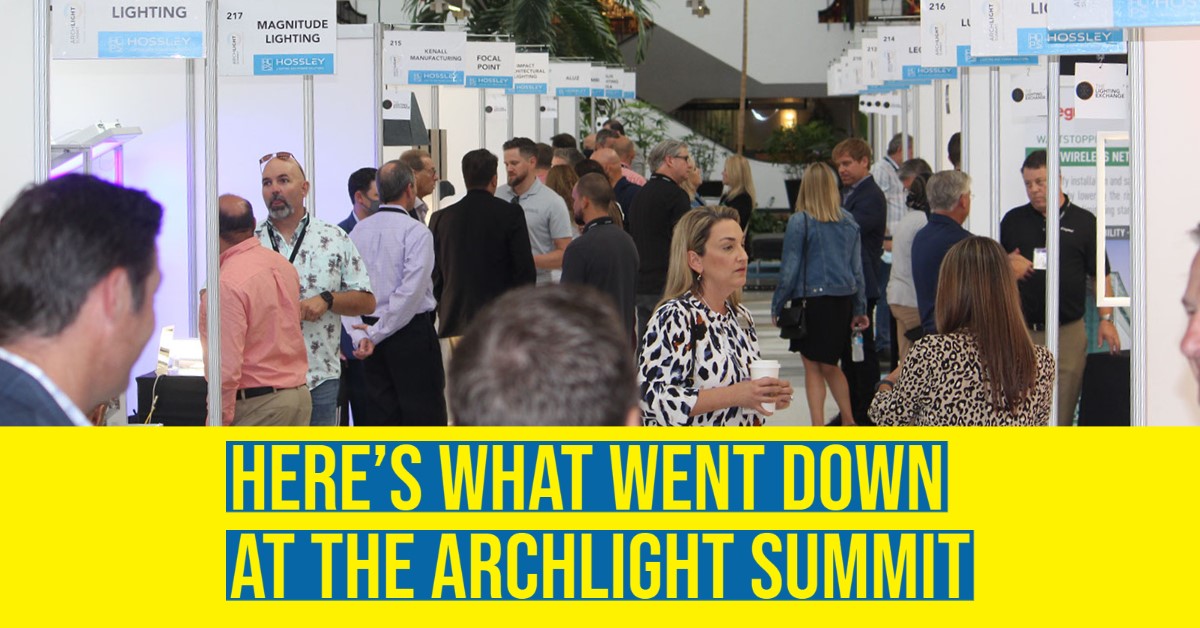 DALLAS, TEXAS – The return of in-person commercial lighting trade shows and conferences just happened in Texas. The first-ever ArchLIGHT Summit was held in Dallas on Tuesday and Wednesday, September 21-22. Approximately 50 exhibitors participated and over 400 attendees were pre-registered. Official numbers were not available at the time of this article. The show aimed to attract lighting professionals with a focus on commercial lighting and controls.

If you’ve ever been to a first-year or second-year trade show, you already know that inaugural shows don’t have an established attendee following and buzz-worthy name recognition that long-established events have. Layer that on top of a pandemic with a resurgent Delta variant and it’s easy to recognize that ArchLIGHT Summit had some serious headwinds that it had to overcome. Event organizers seemed to do an admirable job navigating through those significant challenges.

We went into the show with moderate expectations and – “grading on a scale” for the first-time event during a pandemic – it exceeded our expectations.

The Dallas Market Center (DMC) is an appealing venue that was built to attract designers and buyers of lighting, décor and gift products. It has long been the home to other design events like the semi-annual Lightovation, which is reputed to be the largest residential lighting event in North America. The DMC is conveniently located in the city and boasts a variety of nearby lodging and dining options. The DMC has an appealing uniqueness that outshines the standard convention centers and hotel ballroom events you may have attended in the past.

Most shows that market to a national audience, naturally draw a high percentage of the attendees from the local region. Anecdotal observations lead us to believe that an especially high percentage of non-exhibiting attendees came from within driving distance of Dallas. Two local agents, Hossley Lighting & Power Solutions (HLPS) and NexGen Lighting Solutions were agent sponsors who helped pull in exhibitors and attendees for the event.

Specifiers in attendance included individuals from:

The conference agenda included popular lighting topics related to color, controls and design – but also brought in non-lighting speakers to present on leadership and diversity. The sessions received generally favorable reviews and mixed attendance levels. Attendees seemed to appreciate the opportunity to earn in-person CEUs that didn’t involve a Zoom.

Women in Lighting & Design hosted a fantastic opening night event on the top floor of the World Trade Center. DMC owns the space and a supportive manufacturer sponsored the drinks and prosciutto.

We understand that NexGen Lighting Solutions was hosting a customer event on Wednesday evening. We didn’t attend so we have no news to report on that one.

We believe the foundation is set for ArchLIGHT Summit to build upon this first event, and with some favorable improvements to the global public health situation, next year could be even better and brighter.