Are We Getting Closer to “Locally Grown” Lighting? 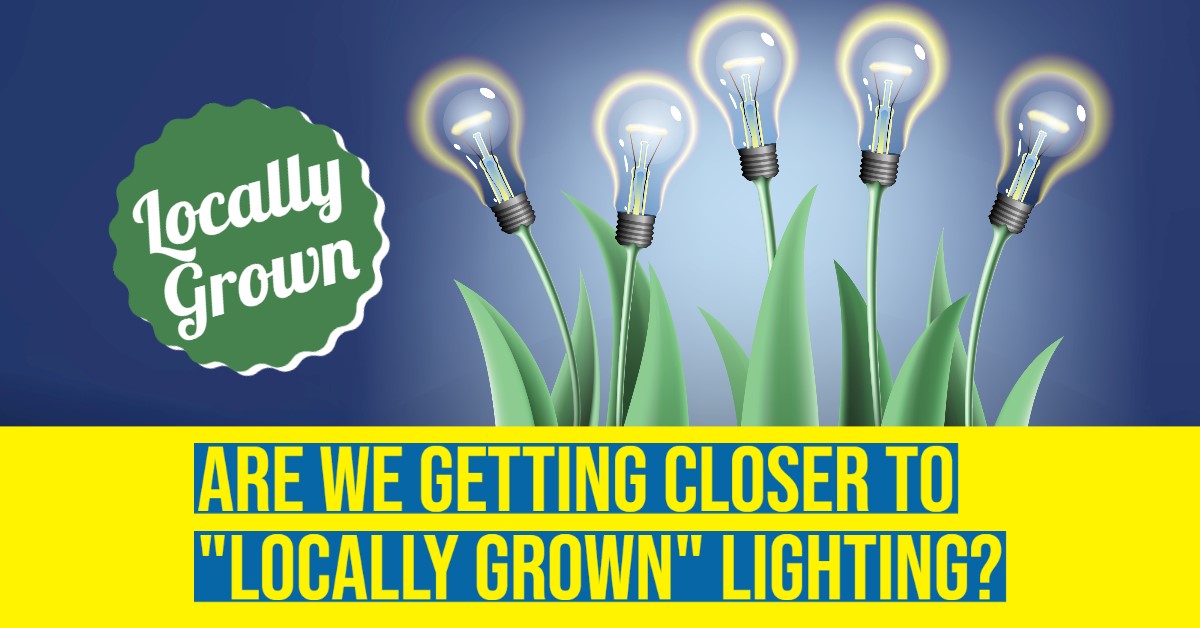 It’s unlikely that complete light fixtures will soon be 100% sourced locally, but the U.S. is making a push to revive domestic semiconductor production

One of the many pandemic pivots that lighting manufacturers have made during the last two years is addressing the risk of how supply chain sourcing and just-in-time practices affect the ability to serve customers with high-performing products and short lead times.

To help curb global supply chain challenges, many U.S. lighting makers have decreased their sourcing exposure in Asia and Europe, but doing so for some key components can be difficult. According to the Semiconductor Industry Association, the U.S. share of global semiconductor production has shrunk from 37% in 1990 to 12% today.

Foreign government incentives, in part, cause the cost of building and operating semiconductor manufacturing facilities to be 20-40% higher in the U.S. than abroad. The federal government has been moving forward on two pieces of legislation that are aimed to reverse that trend and help curb future supply chain disruptions by bringing more semiconductor manufacturing back to the U.S.

FABS Act:
Facilitating American-Built Semiconductors Act (FABS Act) – the FABS Act would establish a tax credit for investments in constructing, expanding, and upgrading semiconductor manufacturing facilities and equipment in the U.S., and the House bill includes a credit for semiconductor design.

While the global companies cited above serve computing, technology and consumer electronics sectors, it remains to be seen if the legislation-in-process and the recently announced factory plans will eventually have a noticeable impact on the lighting industry's manufacturing of lighting and controls products. If the U.S. does indeed revive semiconductor production, the lighting industry will look to source discrete LEDs, COBs (Chip On Board) and other printed circuit board components to help drive more domestic supply chain sourcing.