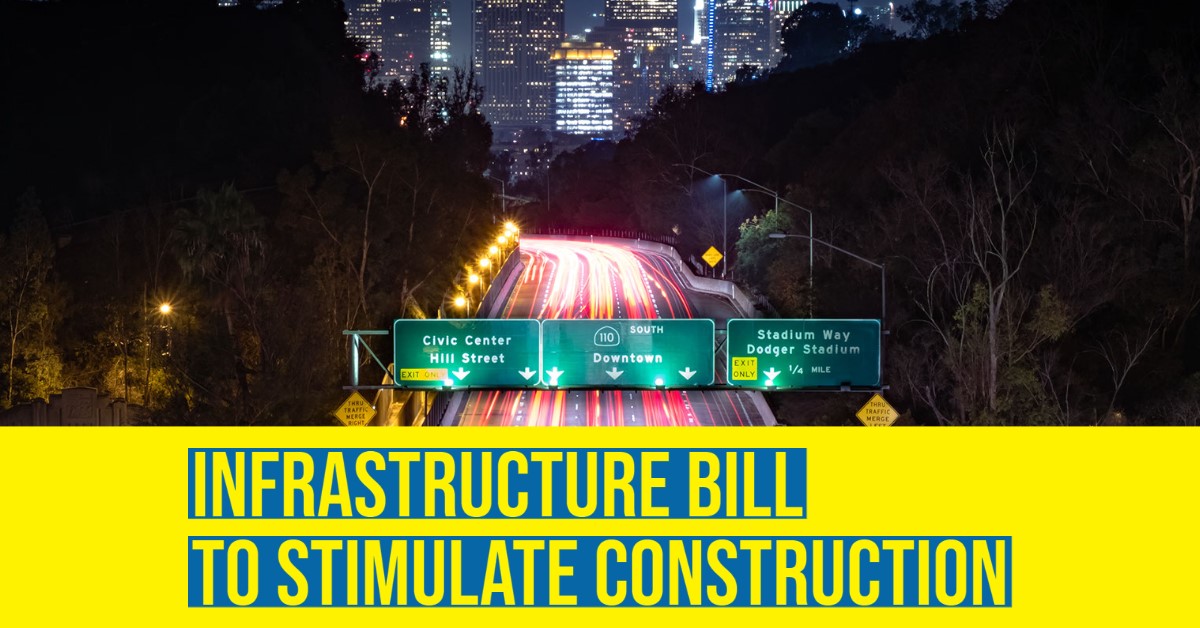 The myriad of projects affecting our industry provides boon for electrical supplies, power and networking equipment.  Some lighting possibilities.

On Friday, U.S. Congress passed the $1.2 trillion Infrastructure Investment and Jobs Act, described by the White House as "a once-in-a-generation investment in our nation’s infrastructure and competitiveness."

Once adopted into law, the bill promises to deliver a myriad of large-scale well-funded projects. Based on the nature and scope of the projects that would require many months of design and planning, the widespread construction impact may not be felt until 2023 or later. Some of the sections of the legislation may have a direct positive impact on the lighting and electrical industry. But we should note that the $110 billion earmarked for roads and bridges is likely to focus more on asphalt, concrete and steel more than it will provide an abundance of dynamically-illuminated, color changing bridges.

According to an analysis performed by The National Electrical Manufacturers Association (NEMA), the bill directs $23.7 billion in direct funding to electrification-related energy projects. That total includes nearly $8.3 billion for grid investments; $320 million for buildings and lighting; $2.5 billion for transportation charging equipment; $735 million for industrial efficiency; and $800 million to expand U.S. manufacturing.

The legislation provides an additional $390.9 billion in funds more broadly focused on projects of which electrification is an integral part. In particular, NEMA members will contribute to essential investments in modernizing the electrical grid, expanding transmission, EV charging, upgrading power infrastructure, electrification of ports and airports, updating building codes, and improving the efficiency of industrial facilities and water systems.

Below is a recap of some of the areas that may have a positive impact, directly or indirectly, on lighting-related businesses. The recap below does not include the measures related to high speed internet, clean water, rail infrastructure and electric vehicle chargers.

It will upgrade our power infrastructure, by building thousands of miles of new, resilient transmission lines to facilitate the expansion of renewables and clean energy, while lowering costs. And it will fund new programs to support the development, demonstration, and deployment of cutting-edge clean energy technologies to accelerate our transition to a zero-emission economy.

Airports, waterways and freight infrastructure ($42 billion)
The legislation invests $17 billion in port infrastructure and waterways and $25 billion in airports to address repair and maintenance backlogs, reduce congestion and emissions near ports and airports, and drive electrification and other low-carbon technologies. Modern, resilient, and sustainable port, airport, and freight infrastructure will strengthen our supply chains and support U.S. competitiveness by removing bottlenecks and expediting commerce and reduce the environmental impact on neighboring communities.

Rebuild Roads & Bridges ($110 billion)
The legislation will reauthorize surface transportation programs for five years and invest $110 billion in additional funding to repair our roads and bridges and support major, transformational projects. The Bipartisan Infrastructure Deal makes the single largest investment in repairing and reconstructing our nation’s bridges since the construction of the interstate highway system. It will rebuild the most economically significant bridges in the country as well as thousands of smaller bridges. The legislation also includes the first ever Safe Streets and Roads for All program to support projects to reduce traffic fatalities,