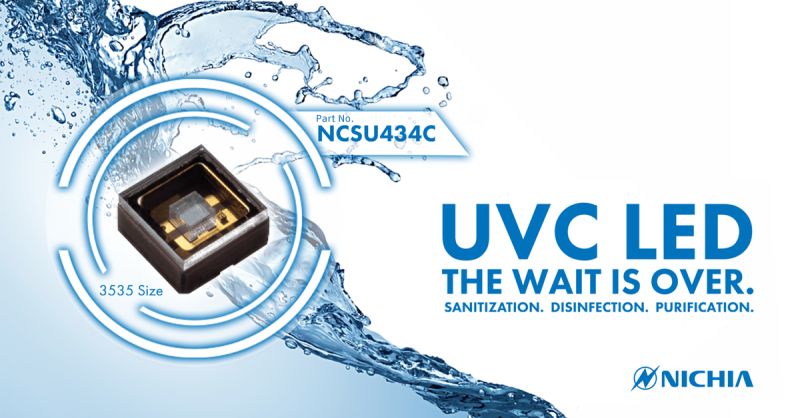 Nichia continues to demonstrate its commitment to UV-C LED technology with mass production of the high output 280nm NCSU434C.

The 280nm NCSU434C delivers a radiant flux of 110mW at 350mA (a nearly 80% improvement over its predecessor), leading to a wall-plug efficiency of 5.4%. With a size of just 3.5mm x 3.5mm, this flux density and efficiency is unmatched in the industry today, eliminating any wavelength inefficiencies of germicidal effectiveness. Furthermore, this performance is achieved without sacrificing lifetime, a critical element for commercial applications where product lifetime ownership can be a pivotal element. Unlike other manufacturers to date, Nichia supports its claim of R70 ≥ 10,000 hours at high temperatures with actual life testing data out to 10k hours, no extrapolations necessary, even up to the max current of 500mA. 10k hours of testing has been completed on the preceding NCSU434B (similar structure), and the NCSU434C is tracking the same thus far through its testing, just as expected. Additionally, Nichia incorporates a hermetic seal into the LED package, protecting the die from the environment and supporting the long lifetimes at higher temperatures and humidity levels. This ability to drive the LEDs harder and hotter will simplify system designs and ultimately save system cost. 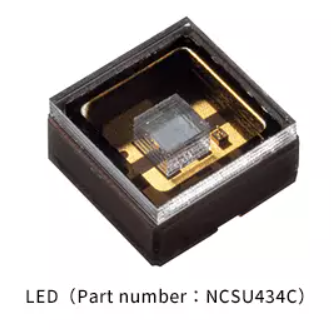 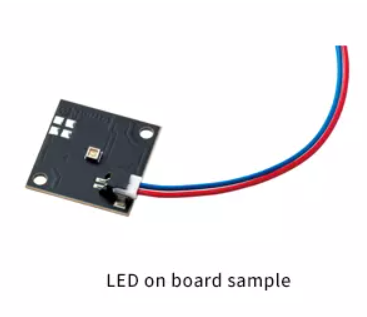 Significant performance improvements and proven lifetime at high temperatures are indisputable arguments in favor of replacing environmentally harmful mercury lamps with LED based systems, further supporting the efforts of the Minamata Convention. Since our first announcement in September, Nichia has been encouraged by the many inquiries and sample evaluations globally as the industry recognizes that now is the time to start designing around UVC LEDs.

Product samples of discrete LEDs or LEDs mounted on boards to expedite design efforts are already available from Nichia representatives.