With the company starting nearly seven years ago, Deako has become one of the fastest growing and well-known companies in the residential building industry. After signing an exclusive national contract with the country’s largest home builder, Deako catapulted its growth and brand recognition within the single family home space– Deako has now captured the attention of multifamily and hotel builders.

Residential lighting controls are relatively mundane; they are responsible for turning lights on and off, and that’s been the primary extent as we know it. Since smart lighting controls entered the market, they’ve been appreciated by users that want seamless control and feeling ‘digitally stitched’ into their living space. The demand for Deako has increased significantly because of the ease of install, and the intuitive use. The messaging that has landed with these multifamily developers is the idea of converting a basic apartment unit into a smart apartment unit in less time than it takes to swap out a light bulb– no turning off the power, or calling an electrician; Deako’s light switches are removed easily from the backplate, and can be upgraded at any point in time.

One of the biggest separators between Deako and other manufacturers is the need for a hub– Deako’s product line doesn’t require one. This has been appreciated by electricians, low-voltage technicians, builders, and users all across the country. With Deako’s extensive distribution network set up across the country, it will be quick and easy to get this product installed into your next project. 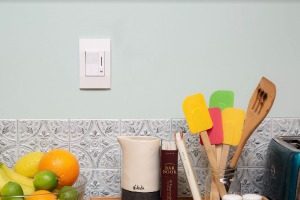 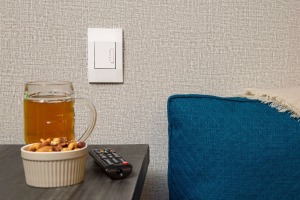 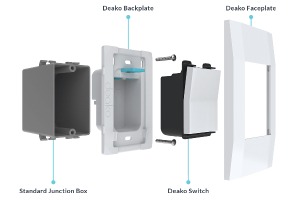