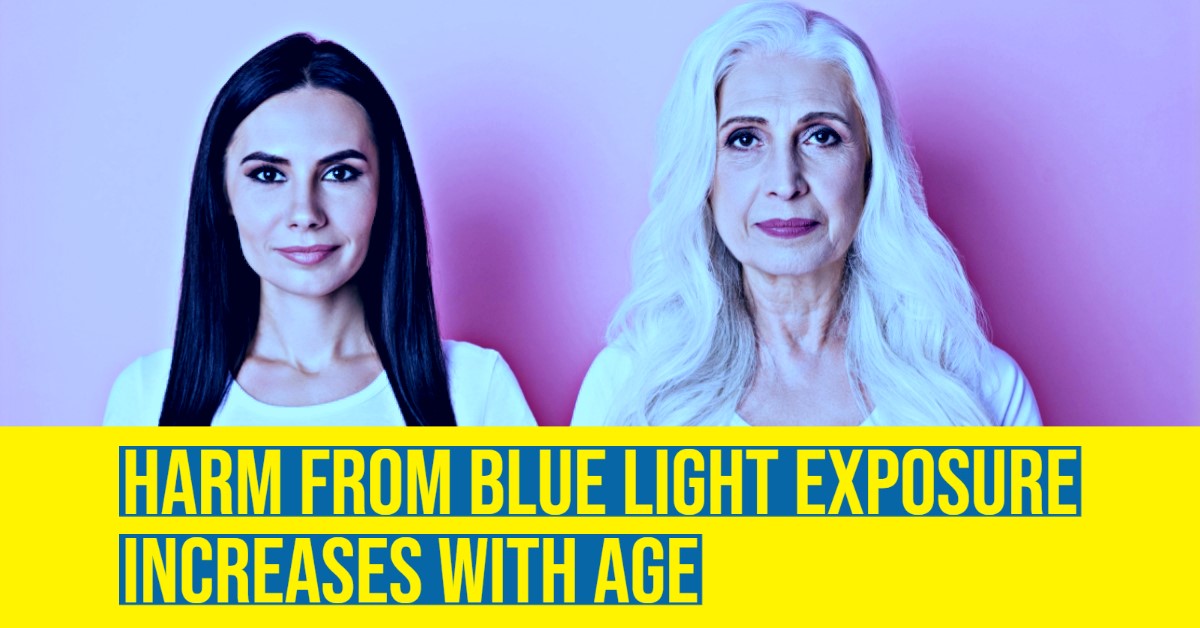 The study, published today in Nature Partner Journals Aging, involved Drosophila melanogaster, the common fruit fly, an important model organism because of the cellular and developmental mechanisms it shares with other animals and humans.

Jaga Giebultowicz, a researcher in the OSU College of Science who studies biological clocks, led a collaboration that examined the survival rate of flies kept in darkness and then moved at progressively older ages to an environment of constant blue light from light-emitting diodes, or LEDs.

The darkness-to-light transitions occurred at the ages of two, 20, 40 and 60 days, and the study involved blue light’s effect on the mitochondria of the flies’ cells.

In earlier research, Giebultowicz showed that prolonged exposure to blue light affected flies’ longevity, regardless of whether it shined in their eyes.

“The novel aspect of this new study is showing that chronic exposure to blue light can impair energy-producing pathways even in cells that are not specialized in sensing light,” Giebultowicz said. “We determined that specific reactions in mitochondria were dramatically reduced by blue light, while other reactions were decreased by age independent of blue light. You can think of it as blue light exposure adding insult to injury in aging flies.”

Collaborating with Giebultowicz on the work, partially funded by the National Institutes of Health, were Yujuan Song, Jun Yang and David Hendrix of the OSU College of Science, Matthew Robinson of the College of Public Health and Human Sciences, and Alexander Law and Doris Kretzschmar of Oregon Health & Science University.

The scientists note that natural light is crucial for a person’s circadian rhythm – the 24-hour cycle of physiological processes such as brain wave activity, hormone production and cell regeneration that are important factors in eating and sleeping patterns.

But there is evidence suggesting that increased exposure to artificial light is a risk factor for sleep and circadian disorders, Giebultowicz said. And with the prevalent use of LED lighting and device displays, humans are subjected to increasing amounts of light in the blue spectrum since commonly used LEDs emit a high fraction of blue light.

“This technology, LED lighting, even in most developed countries, has not been used long enough to know its effects across the human lifespan. There are increasing concerns that extended exposure to artificial light, especially blue-enriched LED light, may be detrimental to human health. While the full effects of blue light exposure across the lifespan are not yet known in humans, accelerated aging observed in short-lived model organism should alert us to the potential of cellular damage by this stressor.”

In the meantime, there are a few things people can do to help themselves that don’t involve sitting for hours in darkness, the researchers say. Eyeglasses with amber lenses will filter out the blue light and protect your retinas. And phones, laptops and other devices can be set to block blue emissions.

“Our previous work demonstrated that daily lifelong exposure to blue light, but not other visible wavelengths, has damaging effects on the brain, motor abilities and lifespan of the model organism,” Giebultowicz said. “Now we’re reporting that the damaging effects of blue light on the flies are strongly age dependent – the same length of exposure to the same intensity of light decreases lifespan and increases neurodegeneration more significantly in old flies than in young ones.”

In the earlier research, flies subjected to daily cycles of 12 hours in light and 12 hours in darkness had shorter lives compared to flies kept in total darkness or those kept in light with the blue wavelengths filtered out.

The flies exposed to blue light showed damage to their retinal cells and brain neurons and had impaired locomotion – the flies’ ability to climb the walls of their enclosures, a common behavior, was diminished.

Some of the flies in the experiment were mutants that didn’t develop eyes, and even those eyeless flies displayed impairment, suggesting flies didn’t have to see the light to be harmed by it.