Chip Shortages:  Help is on the Way? 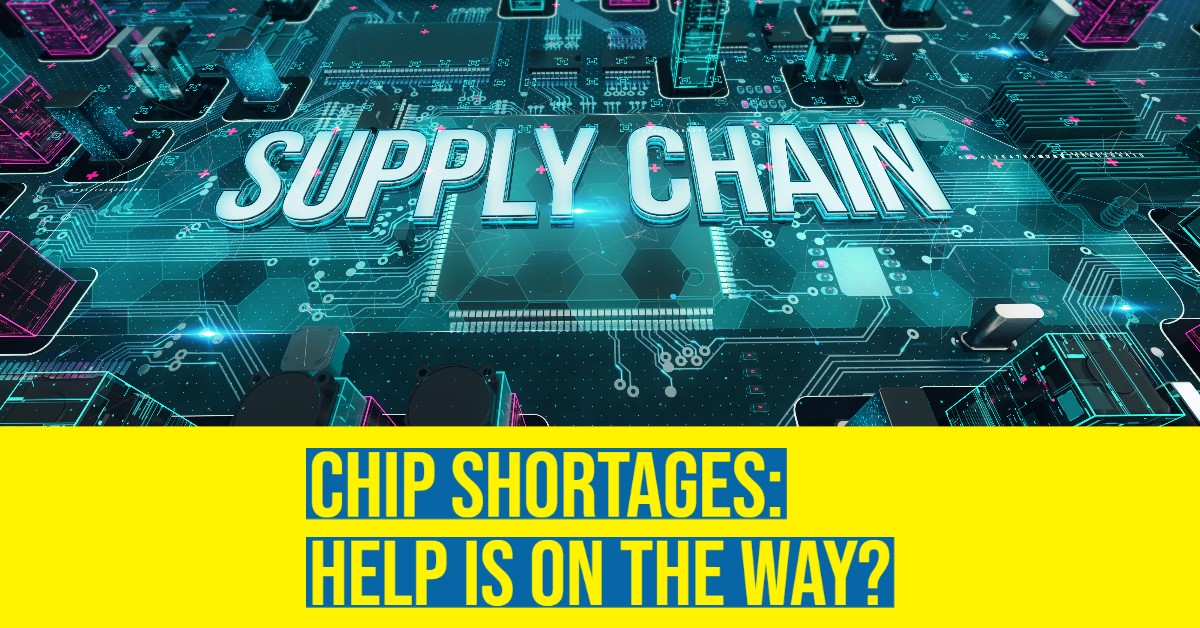 During the last year, semiconductor shortages have been creating widespread headaches for lighting and controls manufacturers – and their customers. Earlier this month, Acuity Brands CEO, Neil Ashe, stated that the engineering team at controls brand Distech has recently been spending “over half their time focused on redesigning Distech products for available components.”

In the past week there have been numerous news items that simultaneously emphasize short-term challenges while indicating potential promise for the future state of the semiconductor supply chain. Semiconductor production requires complex manufacturing processes and highly specialized equipment. A semiconductor manufacturing plant can’t pop up as quickly as an empty warehouse can, but many signs point towards future supply chain relief coming from U.S. factories.

Concurrent to the Intel announcement, President Biden urged Congress to pass legislation to strengthen U.S. research and development and manufacturing for critical supply chains, including semiconductors. The Senate passed the U.S. Innovation and Competition Act (USICA) in June and the Administration is working with the House and Senate to finalize this legislation. According to the White House, it includes full funding for the CHIPS for America Act, which will provide $52 billion to catalyze more private-sector investments and continued American technological leadership.

The federal government recently surveyed more than 150 companies including semiconductor makers and firms from industries that use chips. In a Monday interview U.S. Commerce Secretary, Gina Raimondo, made statements about the results: “It’s alarming, really, the situation we’re in as a country, and how urgently we need to move to increase our domestic capacity,” Raimondo said.

Here are some of the survey takeaways:

"The White House is rightly calling attention to the urgent need for bolstering U.S. semiconductor manufacturing and supply chain capabilities across the economy that enable essential functionality in connectivity, manufacturing, smart building, medical diagnostics, and mobility technologies. Semiconductors are essential to nearly every aspect of Americans' lives, and a reliable, resilient supply is required to achieve the shared infrastructure modernization goals of the Infrastructure Investment and Jobs Act recently passed by Congress."