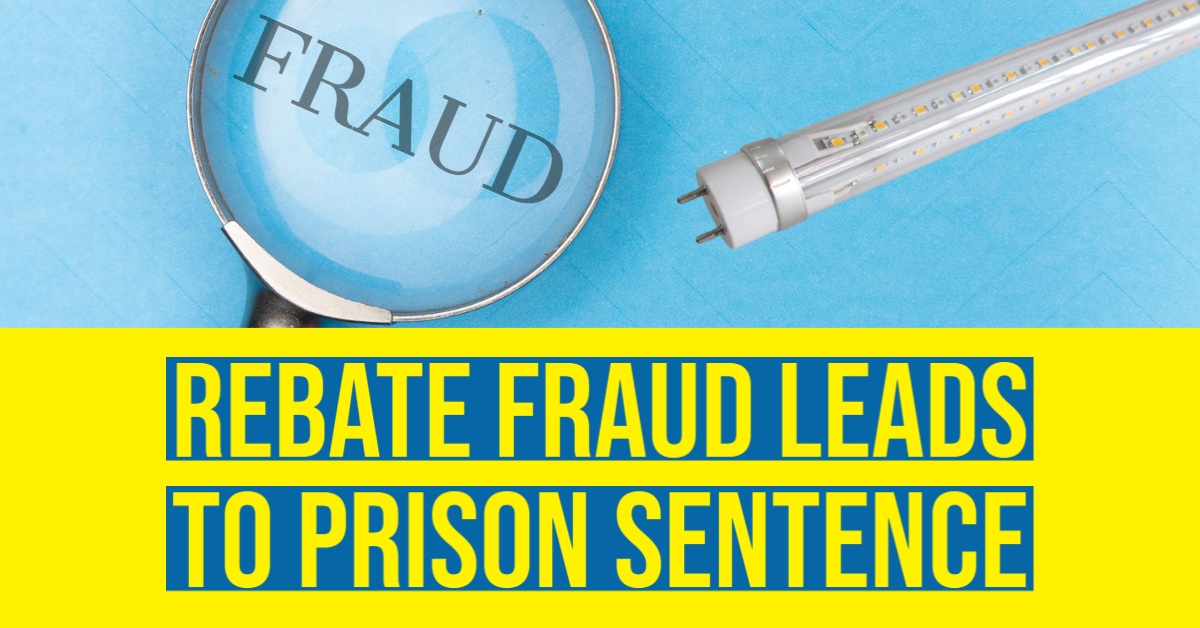 An Iowa man has been sentenced to 2 years in prison for his role in a corrupt LED tube utility rebate scheme.

October 9, 2020 -- A Monticello man who forged the signatures of a Cedar Rapids utility company’s customers as part of a $300,000 light bulb rebate form fraud scheme was sentenced today to nearly two years in federal prison.

Anthony John Harms, age 35, from Marion, Iowa, received the prison term after a March 9, 2020 guilty plea to one count of mail fraud.

Neither Hutcheson nor Harms was a licensed electrician.  As a result, they risked the safety of their customers and clientele.  In one case, Hutcheson’s light bulbs caused a fire in a nursing home, likely because the bulbs’ voltage was incorrect.  The nursing home had to evacuate 23 residents, including elderly individuals on feeding tubes and with dementia.

Harms was sentenced in Cedar Rapids by United States District Court Judge C.J. Williams.  He was ordered to make over $340,000 in restitution to the utility company, including paying the utility company’s attorney fees in responding to the government’s investigation and prosecution.  Harms must also serve a three-year term of supervised release after the prison term.  There is no parole in the federal system.  In June 2020, Hutcheson was sentenced to 44 months’ imprisonment for his leadership role in the scheme.

As a result of having been caught using narcotics on multiple occasions while on pretrial release, Harms is being held in the United States Marshal’s custody until he can be transported to a federal prison.

The case was prosecuted by Assistant United States Attorney Tim Vavricek and investigated by the Linn County Sheriff’s Office and the United States Postal Inspection Service.