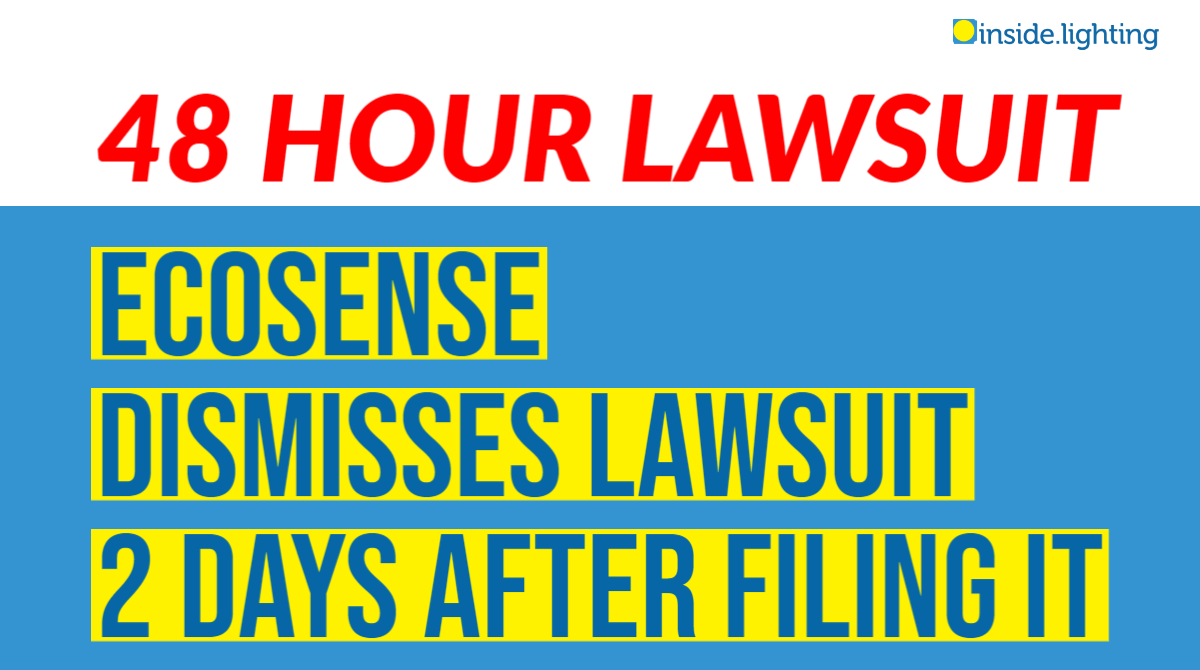 On Monday, June 29, Ecosense Lighting filed a lawsuit against former employee Josh Ryan, seeking (1) an injunction that prohibits him from working for his new employer, Coronet LED, and (2) a court ruling to support the Company's decision to disqualify over $75,000 of stock-option-equity based on the Company's breach of contract claim.

In a swift turn of events, Ecosense filed a voluntary dismissal on Wednesday, July 1.  Case closed.

In a very brief correspondence with an Ecosense VP, we were informed "the article that [inside.lighting] published on Tuesday has been resolved and dismissed yesterday."  Our request for comment to Josh Ryan was not immediately returned.

It's unlikely that we will get on-the-record details of what transpired from either party.  Furthermore, we are not claiming or implying that our exclusive reporting on this matter had any impact on the swift outcome.

Noncompetition clauses are somewhat common and can often turn into contentious post-employment matters.   Congratulations to both parties for avoiding prolonged litigation and for seemingly arriving at a resolution. 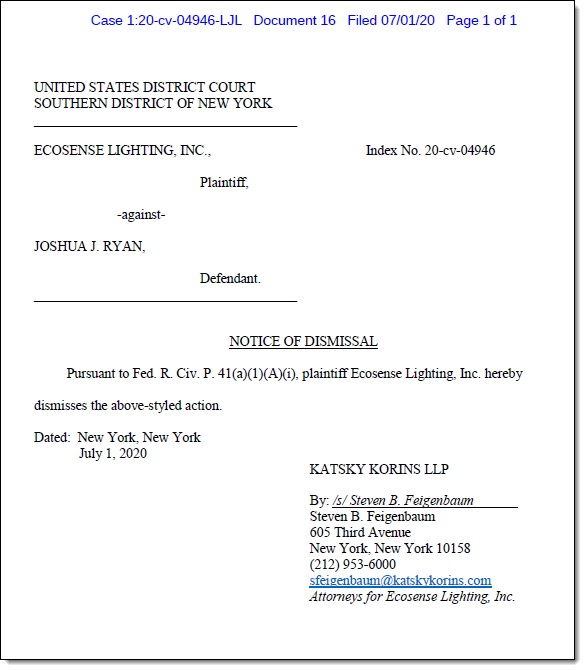