Hubbell and 3 Others Hit with Patent Lawsuits 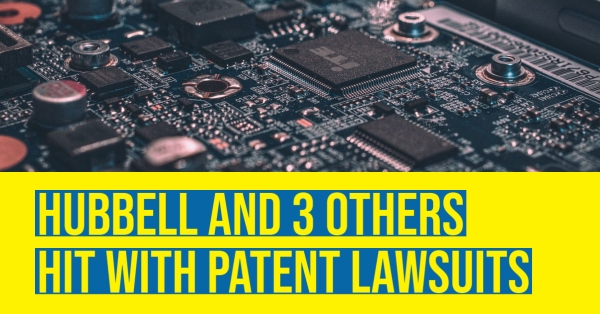 Patent infringement lawsuit has been filed against Hubbell.  But the case might reveal more about the plaintiff than it does about any alleged wrongdoing.

Hubbell Incorporated is being sued by Kortek Industries for allegedly violating four of the company’s patents relating to automated wireless power and lighting control.

It's not just the lighting industry.  IP litigation in the U.S. is on the rise:

If it feels like there’s been a spike in intellectual property claims throughout the lighting industry, that is just a microcosm of what is happening in all industries in recent months.  According to the National Law Journal, patent owners filed 2,051 U.S. district court cases in the first half of 2020. That compares to 1,762 for the previous six months and 3,602 for all of 2019.

It's common that the Plaintiff claiming patent infringement has multiple options of where to file the IP case is filed.  Jurisdiction and venue selection seem to be pointing many IP litigation cases towards one particular district in Texas:

Questions about the Plaintiff, Kortek

Kortek Industries is based in Brisbane, Australia.  A search in the US Patent & Trademark Office records lists eight patents assigned to Kortek.  Most of the patents seem to involve automated wireless power and lighting control. The company applied for the patents in 2013 - 2017.

In the Kortek vs. Hubbell Incorporated case, the Plaintiff claims that Hubbell’s iDevices products are violating Kortek’s intellectual property.  But Hubbell is not alone.  Kortek filed four Patent Infringement lawsuits in a recent 100 day period.  Is it possible that more lighting, controls and automation companies that utilize similar technology will also be targeted?  Here’s a list of Kortek’s recent defendants:

NOTE:  All cases were filed in the Western District of Texas

MOVING FORWARD:
Is it really possible that all four of these patent infringement claims will hold up in court?

Is it really possible that all four defendants are guilty of violating the same four patents?

Is this a case of wide-sweeping design negligence by multiple companies?

Or is it possible that Kortek is throwing four claims against the walls of four different Defendants to see if any of them stick?

Is 4 the final number... or will Kortek initiate more IP lawsuits?

We will follow these cases to see if the parties arrive at licensing agreement, settlement, jury trial or some other outcome.  A spokesperson for Hubbell declined to comment on this matter. 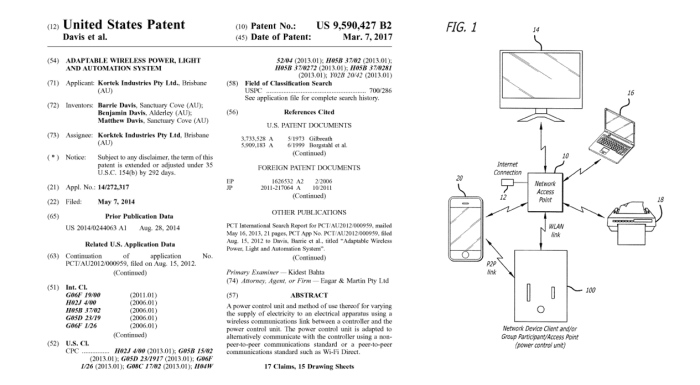