Schools Are Not Investing in UV Lighting 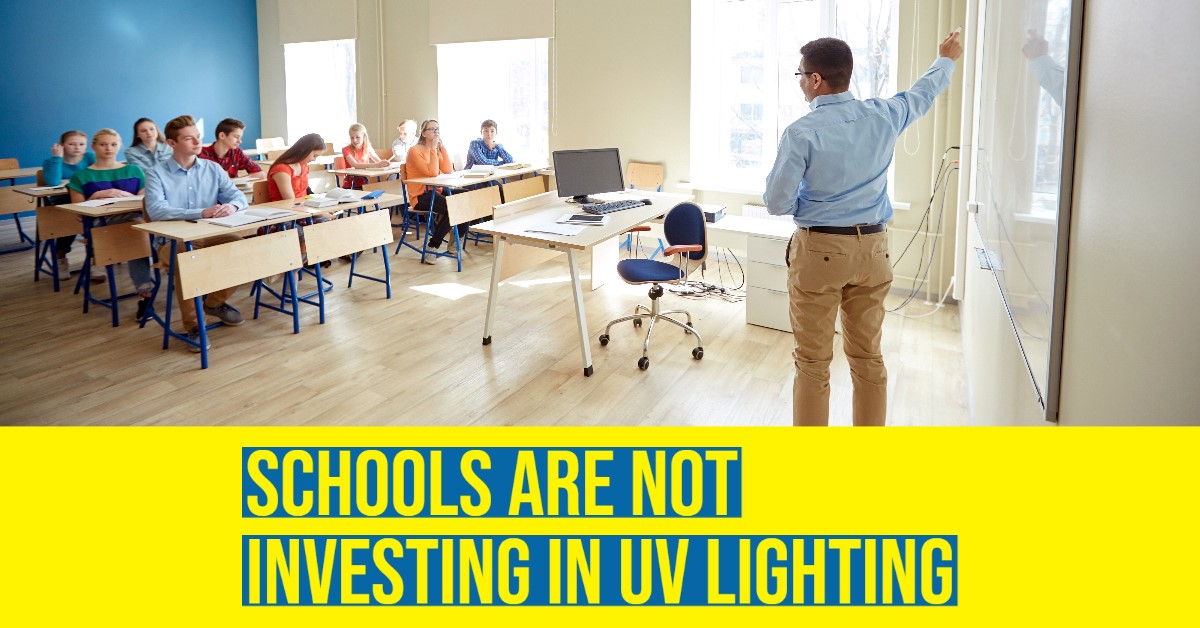 During the COVID-19 pandemic, the U.S. government provided federal aid to schools across the United States aimed at improving building conditions to reduce the spread of the virus. Three legislative packages passed in 2020 and 2021 contained roughly $190 billion in federal funding for school districts across the country.

A recent report, An Analysis of Planned Facilities Spending under ARP-ESSER Funding, published by the Center for Green Schools of the U.S. Green Business Council (USGBC) shares findings about how school districts across the country plan to invest American Rescue Plan Elementary and Secondary School Emergency Relief funds (ARP-ESSER or ESSER III) to manage air quality and upgrade facilities.

The analysis included quantitative analysis based on a data set of 5,004 school districts’ ESSER-III spending plans. The data contained information from school districts from all 50 states and the District of Columbia, representing approximately 74% of public-school students and roughly $83.1 billion in ESSER III funds.

The report examined how school districts across the country have chosen to spend that federal aid with a focus on how districts invested funds for large-scale facilities related work.

Spending plans of the 5,004 school districts in the following four categories were explored:

Among the 5,004 school districts, 2,379 school districts planned to spend in at least one of these four categories. The results show that among those districts less than 1% of the funds among all categories, 0.13% to be exact, were earmerked for UV lighting for disease mitigation.

Above: Spending by category at 2,379 sampled school districts

Four small districts set aside larger sums for UV lighting. In each district, average per school planned spending exceeded $100,000. A similarity between the UV lighting category and the windows, doors and roof category was that a high percentage of districts also planned to spend funds on air filtration/HVAC. Nearly 75% of the districts that planned to put money toward the UV lighting category planned to do the same with the air filtration/HVAC category. Additional analysis shows that all but two districts that invested in UV lighting also invested in one of the other three facilities categories. This finding highlights that the vast majority, or 91%, of districts who chose to use UV lighting to improve air quality paired the investment with other more permanent facilities improvement work.