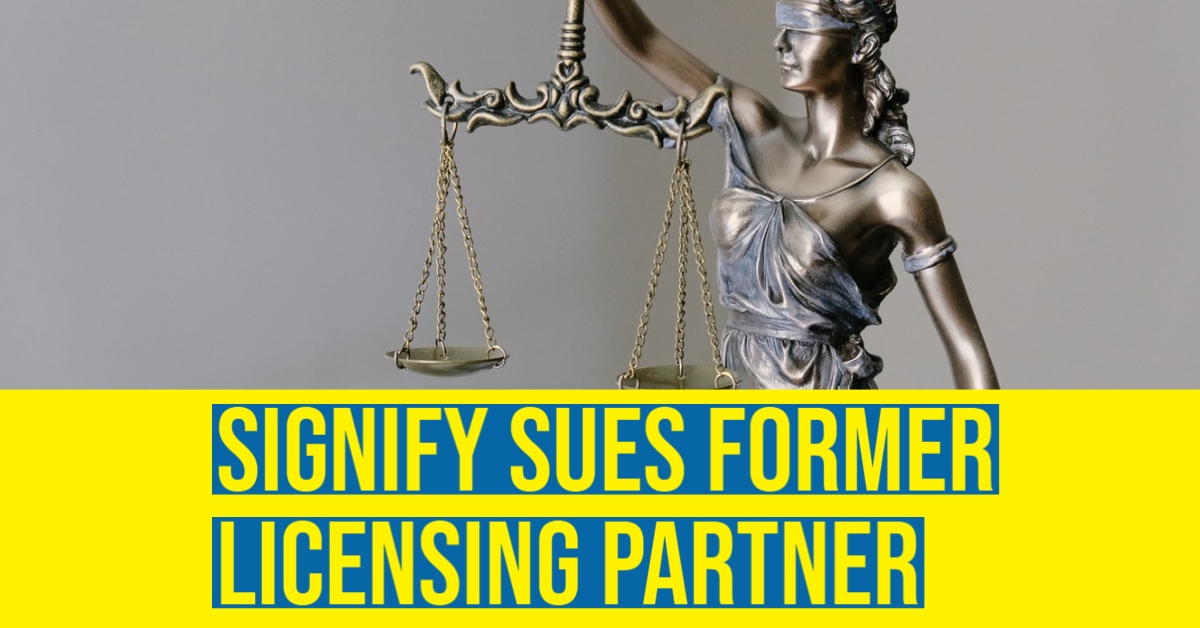 Color Kinetics was one of the early leaders in commercializing LED specialty lighting.  Acquired by Philips – which eventually became Signify – the Color Kinetics business has continued to build upon its market-share leading position in specialty LED luminaires.

In addition to the brand, products and market share, Signify benefits from owning Color Kinetics (CK) due to the company’s valuable patent portfolio.  CK patents often create great challenges to  product design teams for other LED manufacturers who are often faced with the decision to try to “design around” the CK patents, or to utilize CK’s patented methods and pay royalties to Signify.

Signify has built a whole platform and income stream around its patent portfolio: the EnabLED licensing program. According to Signify, the program provides other parties with access to over 450 inventions covering over 3400 granted patents worldwide.

In a recent lawsuit filed against former licensing partner, Robe Lighting, Signify alleges that the Defendant infringed upon six patents.  One of the patents, Number 6478453, was filed on January 3, 2001 -- which we believe will soon expire in January 2021.  Another big one, “Apparatus and method for adjusting the color temperature of white semiconductor or light emitters” is set to expire in late 2021.

Robe Lighting is a European company with a U.S. business office in Florida.  The company previously had a licensing agreement with Signify that started in 2006.  The Robe Lighting website still details the 2006 Press Release that promotes the partnership.

A spokesperson from Signify shared the following with us:

We can confirm that on November 12, 2020, Signify filed a lawsuit against Robe alleging infringement of six US patents. The six asserted patents are part of the EnabLED licensing program, under which licenses are available to companies offering products that practice these patented technologies. The patents generally relate to different technologies and techniques for driving or controlling LEDs, optically extracting light from LED-based products, and thermal management and construction of LED-based products.

Signify believes that its patents are infringed and valid. Signify and Robe previously had an agreement under the EnabLED licensing program, and that agreement expired. Signify attempted to enter into a new license with Robe, but the parties did not reach an agreement. Signify respects other companies’ or individuals’ intellectual property in the same way as it expects others to respect Signify’s intellectual property.