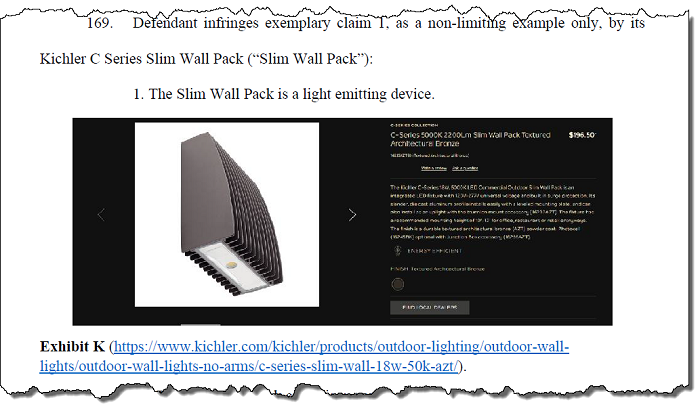 Heavy Duty Lighting has filed a lawsuit against Kichler Lighting alleging 10 counts of patent infringement.  The suit was filed on September 1, 2020 in the U.S. District Court for the Northern District of Ohio.

The 111-page complaint details each of the patents that Heavy Duty Lighting claims to own and cites each of the allegedly infringing designs by Kichler that, according to the Plaintiff, violates their intellectual property.

Most of the claims cite the "Kichler C Series Slim Wall Pack, and all other substantially similar products."  Each count details a different patent and the Kichler design aspect that to which the Plaintiff has objection.  Detailed complaints include: 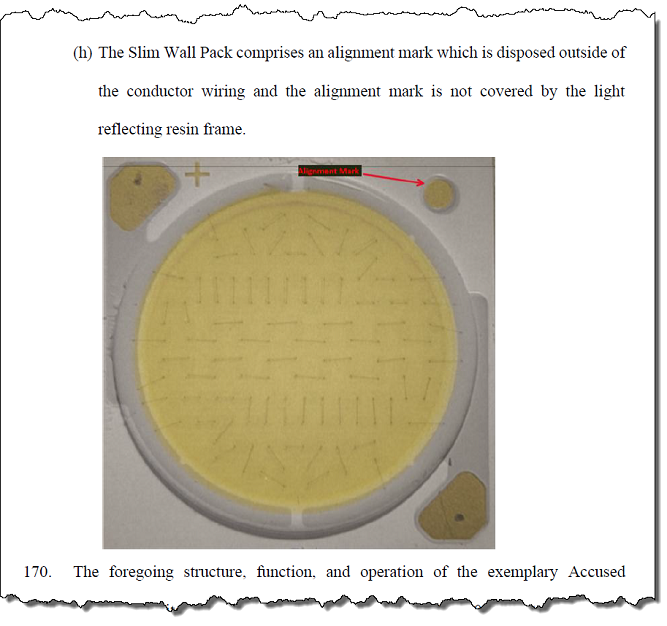 Our email to Kichler Lighting representatives three hours before press time was not returned.  If inside.lighting receives a statment from Kichler, we will update this article.