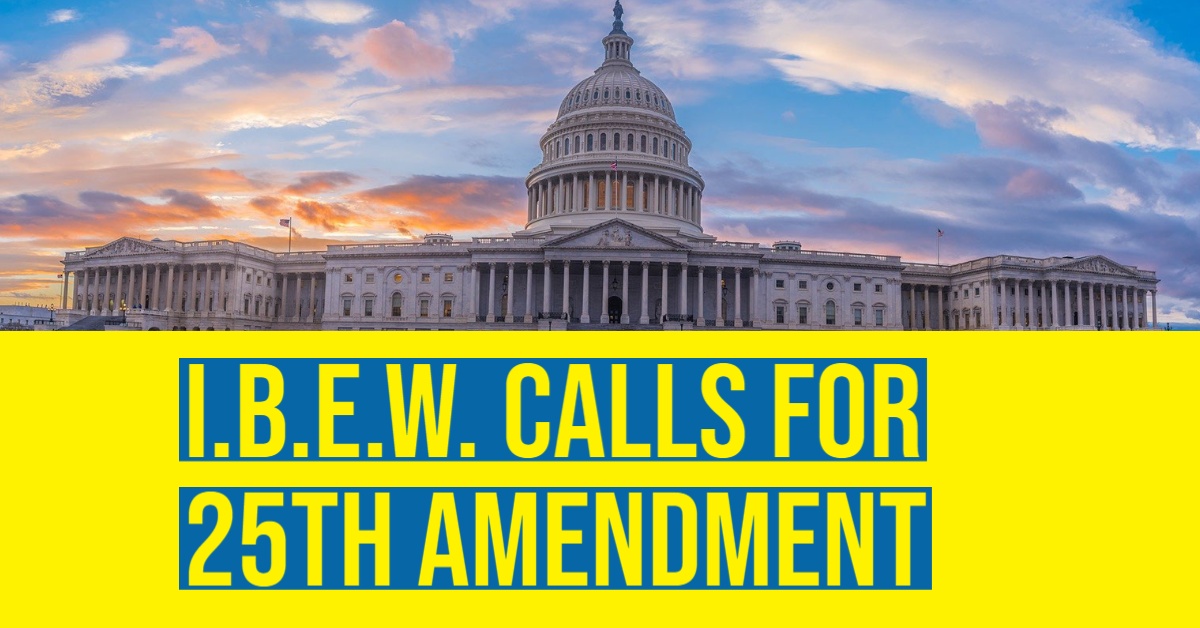 The International Brotherhood of Electrical Workers is one of the larger labor unions that impacts the lighting industry, and the organization is being outspoken about the current political climate.

It's common for labor unions to endorse political candidates while they are campaigning for office.  In the past, the IBEW has publicly endorsed U.S. Presidential candidates including John Kerry, Barack Obama, Hillary Clinton and Joe Biden.  It's uncommon, however, for the IBEW to issue press releases and other statements about sitting U.S. Presidents or other government leaders.  During this week of unrest in Washington D.C. the IBEW issued statements relating to President Trump:

On the day that the U.S. Capitol building was breached by protesters and rioters, the union immediately issued a statement condeming President Trump and the individuals involved in the events.  See the full statement below.

“Today’s attack on the U.S. Capitol by violent extremists represents a direct assault on our democratic system. Blame for this horrific event lies directly on the shoulders of President Trump and his enablers in Congress, who have deliberately spread disinformation about the validity of the 2020 election, threatened our constitutional system by disregarding the will of America’s voters and promoted an atmosphere of violence that led to what happened today.

For too long, Trump’s extremist rhetoric, venomous attacks and deranged conspiracy theories have undermined America’s faith in democracy, divided Americans against each other and poisoned political debate in this nation.

It’s clear that one more day of Trump in office represents a direct threat to the health of our republic and we demand his immediate resignation. If Trump does not resign, we call on Vice President Mike Pence and members of the cabinet to invoke the 25th Amendment to remove him.

We also condemn the efforts of some Republican lawmakers to overturn the will of the American people by refusing to certify the results of the Electoral College. This represents an unprecedented effort to invalidate a democratic election.

Any member of Congress who attempts to thwart the will of the American people as expressed in a democratically held presidential election has no place in the people’s house.”

The International Brotherhood of Electrical Workers (IBEW) represents approximately 775,000 members and retirees who work in a wide variety of fields, including construction, utilities, manufacturing, telecommunications, broadcasting, railroads and government.