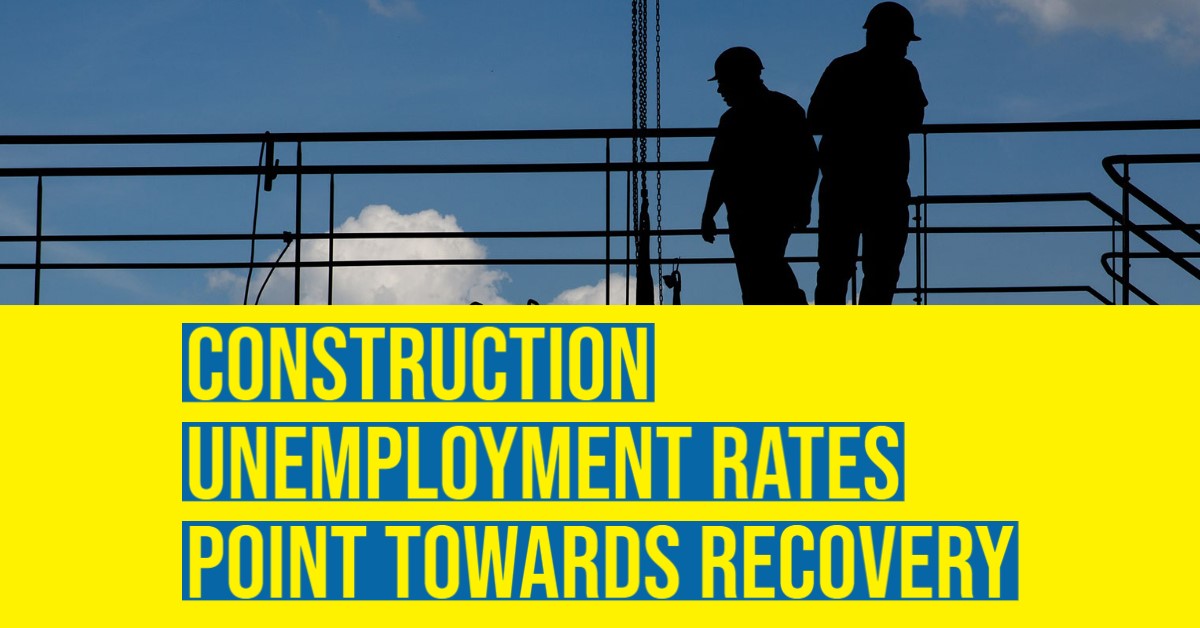 WASHINGTON, April 30—Construction employment is holding its own, although it is not back to pre-pandemic levels, according to state-by-state analysis of U.S. Bureau of Labor Statistics data released today by Associated Builders and Contractors for March 2021. These data show that on a year-over-year basis, the not seasonally adjusted construction unemployment rates rose nationally and in 33 states, fell in 15 states and were unchanged in two states, Oklahoma and Washington. 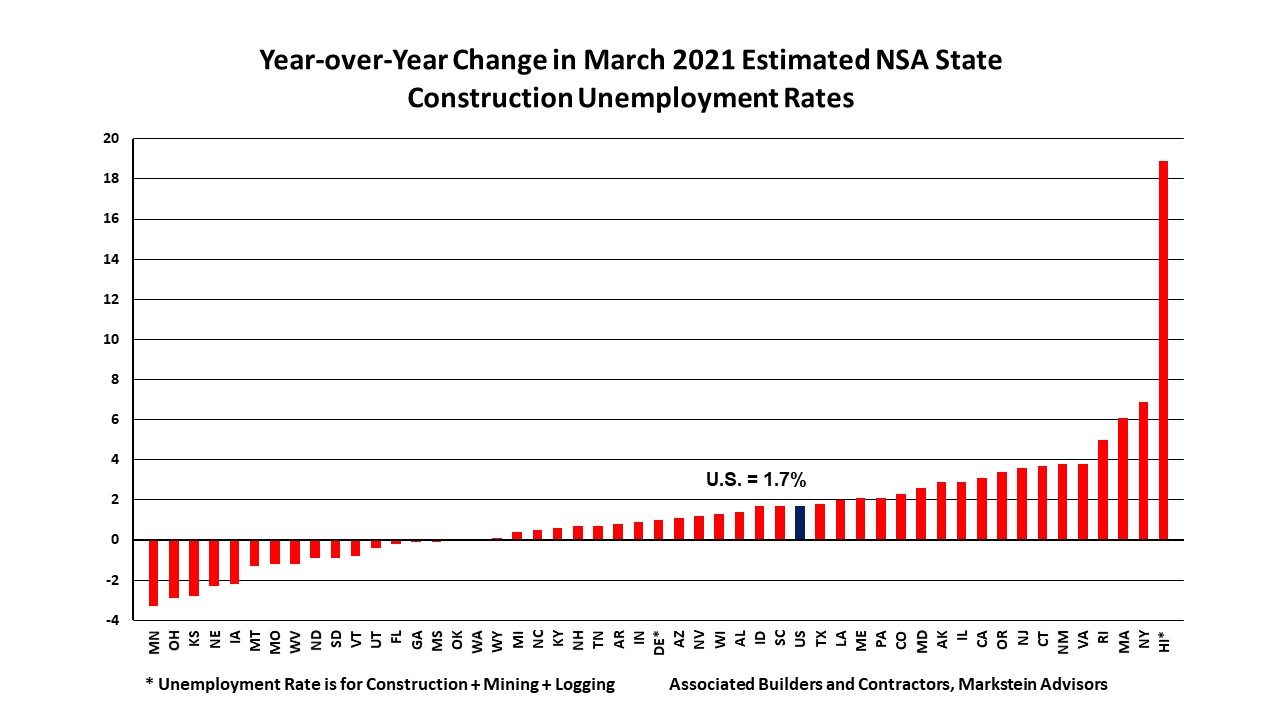 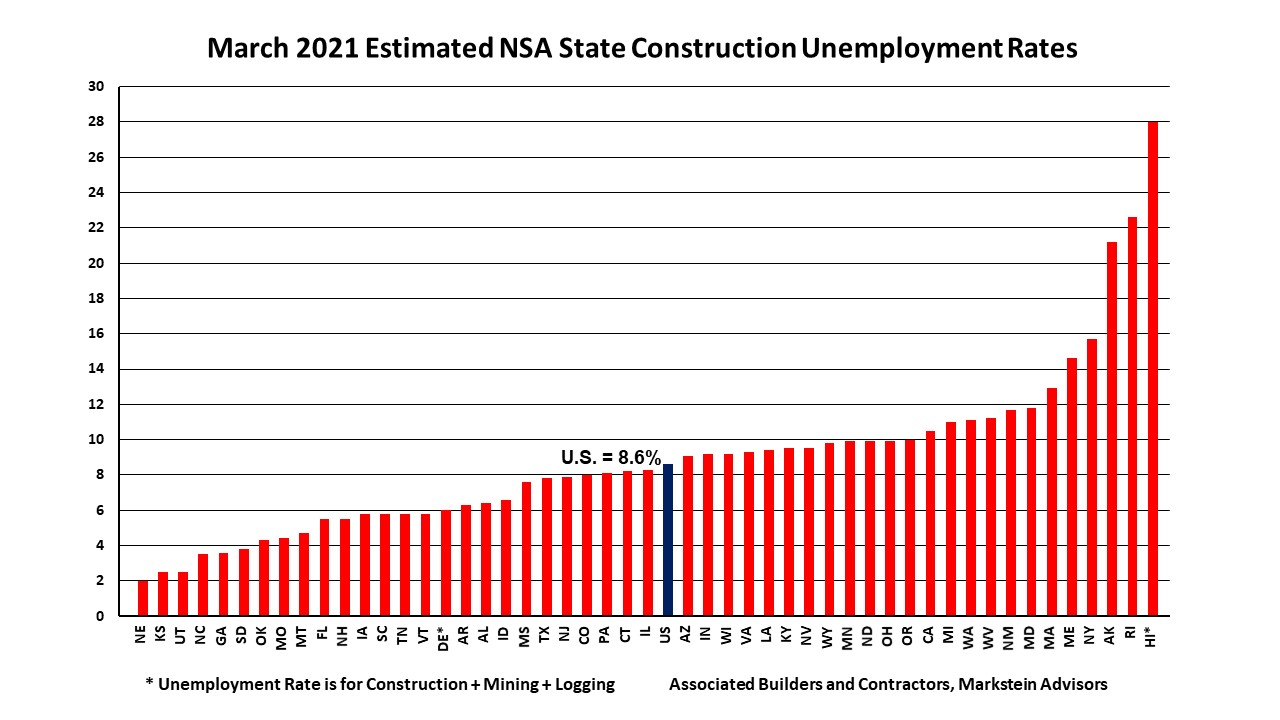 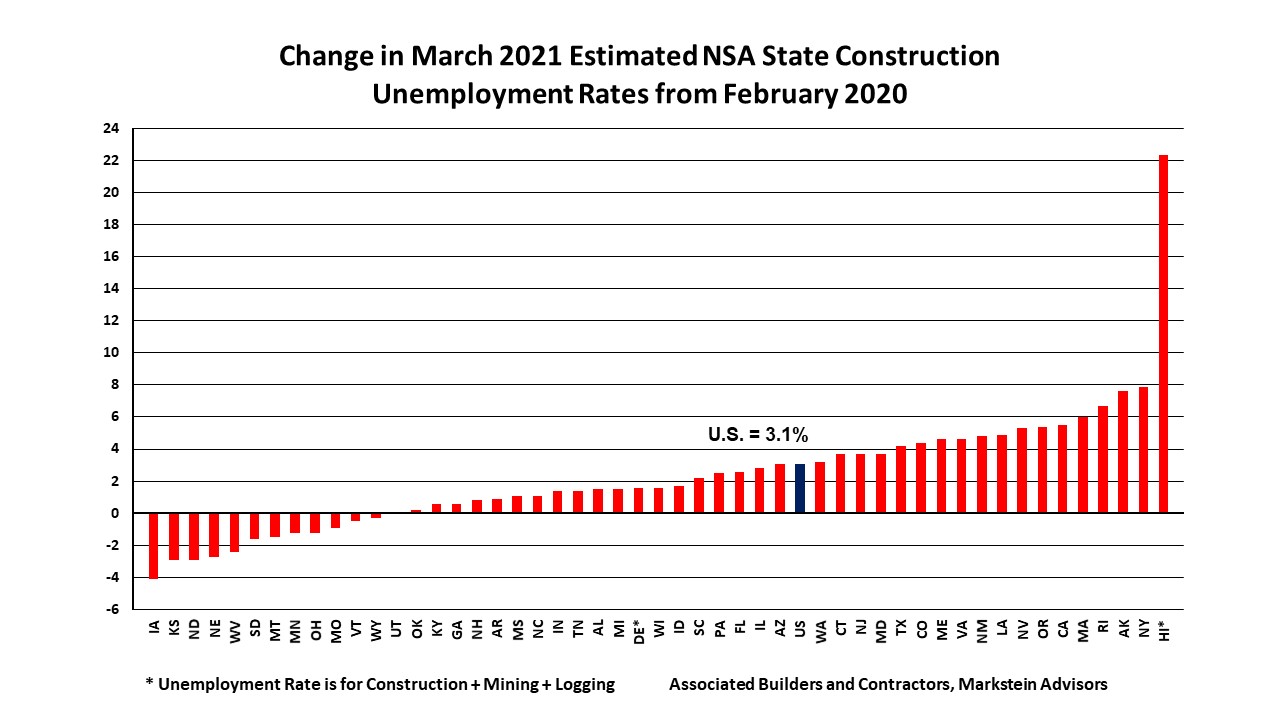 “The combination of better weather and vaccine availability is already improving the health of both the economy and the construction industry,” said Bernard M. Markstein, Ph.D., president and chief economist of Markstein Advisors, who conducted the analysis for ABC. “Federal spending from the roughly $1.9 trillion American Rescue Plan Act is providing short-term support to the economy, helping to maintain an upward trajectory. Longer term, there remains a need for repairs and upgrades to the nation’s aging infrastructure. If Democrats and Republicans in Congress can come to agreement on a plan that will benefit both the nation’s long-term economic growth prospects and the construction industry, that would further improve the employment outlook.”

Because these industry-specific rates are not seasonally adjusted, national and state unemployment rates are best evaluated on a year-over-year basis. However, due to the changing impact from the COVID-19 pandemic and related shifts in public policy, month-to-month comparisons are useful.

February is typically a dicey month due to the variability of weather. This past February was particularly rough following a mild winter. March was much improved, resulting in the national NSA construction unemployment rate falling by one percent from February. Since the data series began in 2000, the historical pattern of change in rates from February has generally been a decrease (17 years), only three years with an increase and one year with no change. Among the states, 35 had lower estimated construction unemployment rates than in February, 13 had higher rates, and two were unchanged, Colorado and Connecticut. 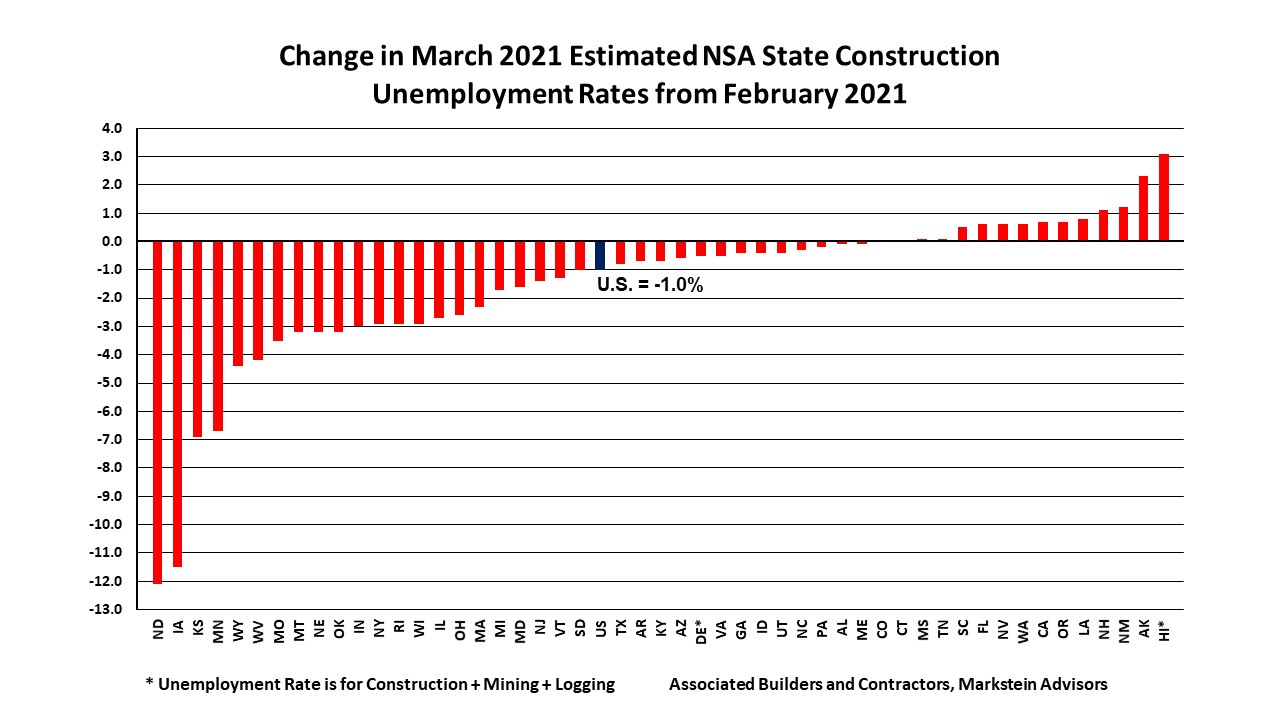 The states with the lowest March 2021 estimated NSA construction unemployment rates in order from lowest to highest were:

The states with the highest March 2021 estimated NSA construction unemployment rates in order from lowest to highest were:

All of these states were in the bottom five in February except for Maine. Note that the unemployment rate for Hawaii, which had the highest rate, is for construction, mining and logging combined.