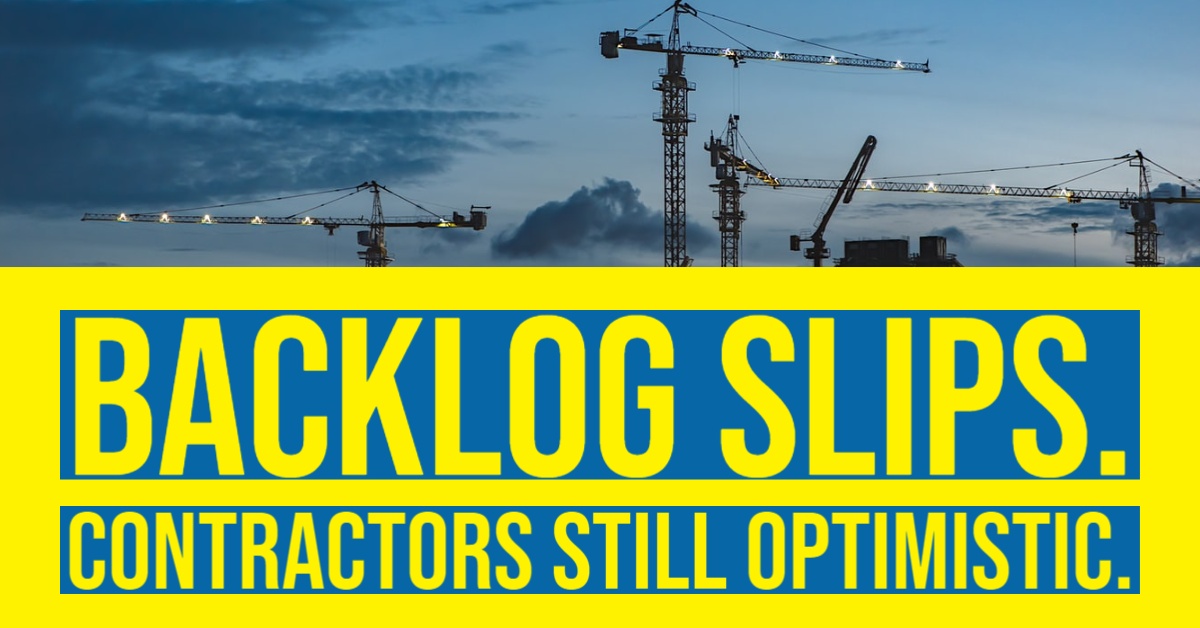 WASHINGTON, Oct. 13—Associated Builders and Contractors reported today that its Construction Backlog Indicator fell to 7.5 months in September, a decline of 0.5 months from August’s reading, according to an ABC member survey conducted Sept. 20-Oct. 6. Backlog is 1.5 months lower than in September 2019. 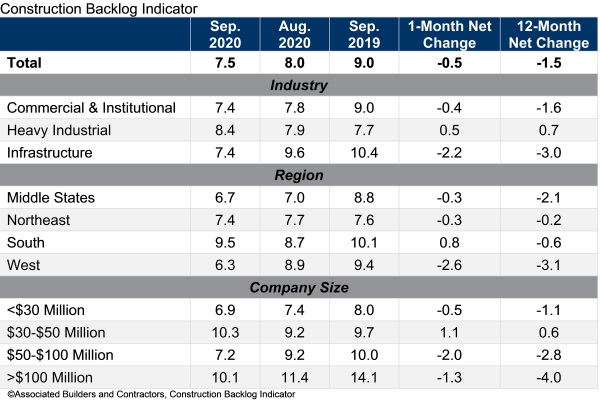 ABC’s Construction Confidence Index readings for sales and profit margins decreased in September, while the reading for staffing levels remained unchanged. Sales and staffing index readings remained above the threshold of 50, indicating expectations of expansion during the next six months. Contractors indicated an expectation of shrinking profit margins for the seventh consecutive month. 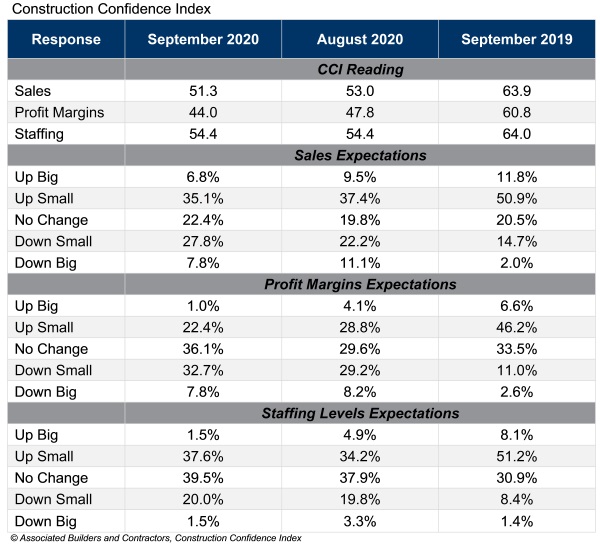 “ABC’s survey data indicate that we are in the early stages of a nonresidential construction spending downturn,” said ABC Chief Economist Anirban Basu. “With few exceptions, declines in backlog have begun to accelerate across all markets and regions. This has been most pronounced in the West, which is largely a reflection of the many challenges facing California’s economy.

“Predictably, backlog has also declined rapidly in the commercial/institutional segment,” said Basu. “In addition, backlog has also declined in the infrastructure category, yet was higher in the heavy industrial category, a segment that is coming back to due to a combination of an inventory rebuilding cycle, surging e-commerce demand and reshoring of production back to America.

“While nonresidential construction industry sales are anticipated to be roughly flat over the next six months, more than a third of contractors expect their sales to decline, a dramatic increase from the less than 17% recorded at the same time last year,” said Basu. “In addition, more than three-fourths of contractors expect profit margins to be flat or worse over the next six months. This is consistent with fewer bidding opportunities, more vigorous competition for work, rising materials costs, tighter lending standards, weakened commercial real estate fundamentals, diminished state and local government financial health, and persistent difficulty in identifying and hiring sufficiently skilled and motivated workers. Despite ongoing economic uncertainty as the pandemic lingers and winter approaches, staffing levels are expected to grow over the next six months as contractors strive to hold onto their workforce and potentially add to their pool of talent.” 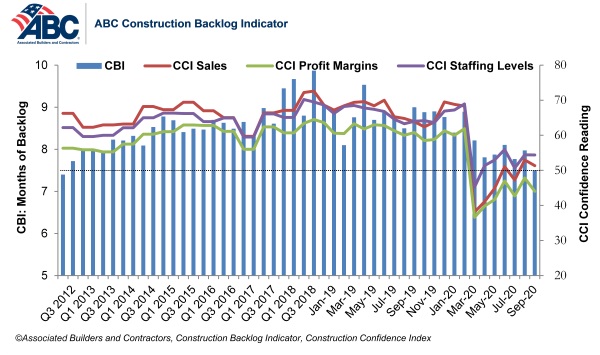 Note: The reference months for the Construction Backlog Indicator and Construction Confidence Index data series were revised on May 12, 2020, to better reflect the survey period. CBI quantifies the previous month’s work under contract based on the latest financials available, while CCI measures contractors’ outlook for the next six months.

Click here for historical CCI and CBI data and here for methodology. Visit abc.org/economics for the CBI and CCI reports, plus analysis of spending, employment, GDP and the Producer Price Index.